MBS Live Week Ahead: Lots of Data But Focus is On The Fed

Bonds have been consolidating aggressively for an entire month.  10yr yields have been perfectly contained between 0.63 and 0.73 with one brief occasion following Fed Chair Powell's Jackson Hole speech.  Actually, the volatility on that day had more to do with the release of the Fed's updated inflation framework, and it was this, more than anything, that set the stage for the consolidation leading into the current week.

The Fed is obviously feeling a few things:

The net effect of these feelings is a significantly more accommodative Fed, both in terms of how long interest rates will remain at lows and how much of the bond market they'll be buying.  The framework change paves the way for the accommodative message this week.  We don't know exactly what that will look like, but several leading theories include:

But alas, today is Monday and the Fed won't be with us until Wednesday at 2pm.  In the meantime, there's no significant economic data today and light data tomorrow.  The week's only major release--Retail Sales--will hit on Wednesday morning, but it's hard to imagine traders would want to chase that data very far outside the lines when the market has so intently been consolidating for Fed day. 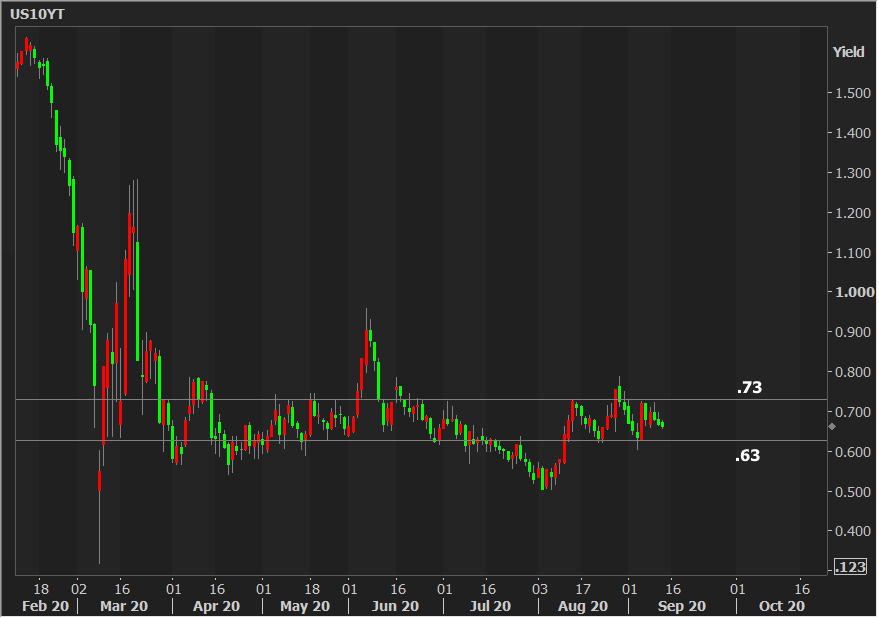