MBS Live Week Ahead: Will Any Market Movers Step Up Before May's Jobs Report?

May's nonfarm payrolls number (released on June 4th) is the next obvious instance of a big ticket market mover.  Between now and then, there are several other potentially significant reports, but it's hard to imagine any one of them making a compelling case for bonds to break free of the sideways range that's been intact for several months now.

If we want to look at a shorter-term version of a sideways range, we can actually make a case for something happening (something good).  After holding a very narrow range last week (the narrowest since mid-January), yields are trying (successfully) to break out this morning.  The barrier in question would be the famous 1.62% level.  The next major stop on the rally train would be quite a bit lower at 1.53%. 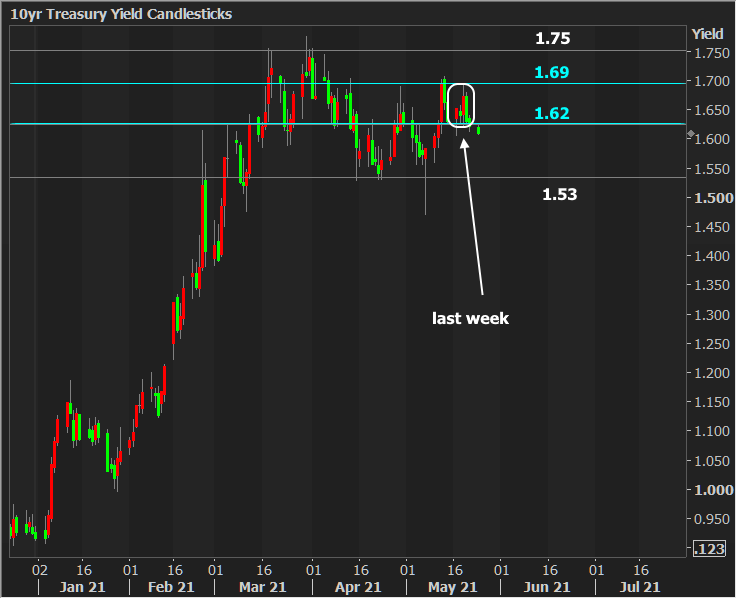 In terms of scheduled events, today's calendar is completely empty and the week's bigger reports don't arrive until Thursday and Friday.