Coronavirus (or nCov for short) made more disconcerting headlines over the weekend and has generally proven itself to be far more capable in that regard than it's long lost cousin, SARS.  When the nCov market narrative first emerged in mid-January, the comparison to SARS was still unknown.  Now that the virus is unequivocally spreading faster, farther, and killing more people, markets are free to express more panic.

But why panic?  It's not as if nCov will kill more people than the flu does each year, right?  So what's the big deal?

In short, the big deal is that everyone is used to dealing with the flu.  There are well-established figured on how many people will probably get it and how many of those will die.  There's also a vaccine that is occasionally effective and that may at least mitigate symptoms even if it fails to prevent infection.

nCov, on the other hand, is a new thing.  There's no vaccine yet.  There's no cure (fight it off or die).  There has even been some suggestion that the re-infection risk is much higher than that of the flu.  Despite all that, you'd still be well within your right to contend that it will not wipe out humanity.  I would not disagree, but that's not what matters.

What matters is simply that a NEW disease has been virulent and deadly ENOUGH to force the global economy to slow down as events/plans are canceled or changed.  These events drive some small portion of economic growth.  Combine that with the general fear about going somewhere or doing something that the general public may feel in many parts of the world and commerce/consumption is guaranteed to decreasing before our very eyes by some yet-to-be-determined amount.  The net effect for financial markets is a flight-to-safety or a "risk-off" trade pushing bond yields and stock prices lower. 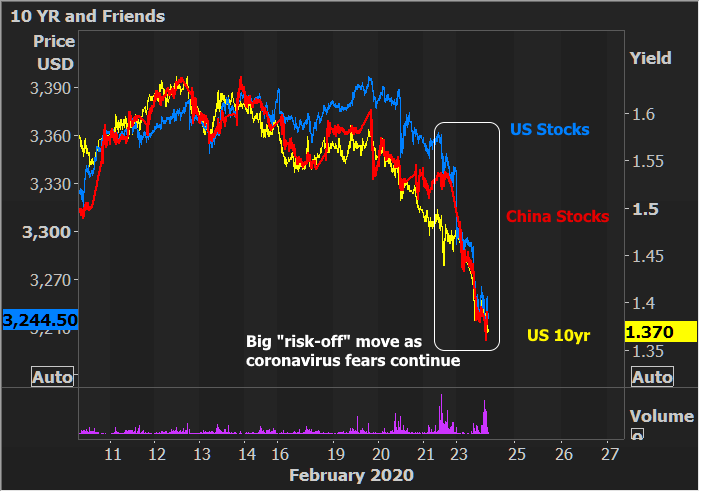 The net effect for bonds specifically is a 10yr yield less than a decent few hours of trading away from all-time lows. 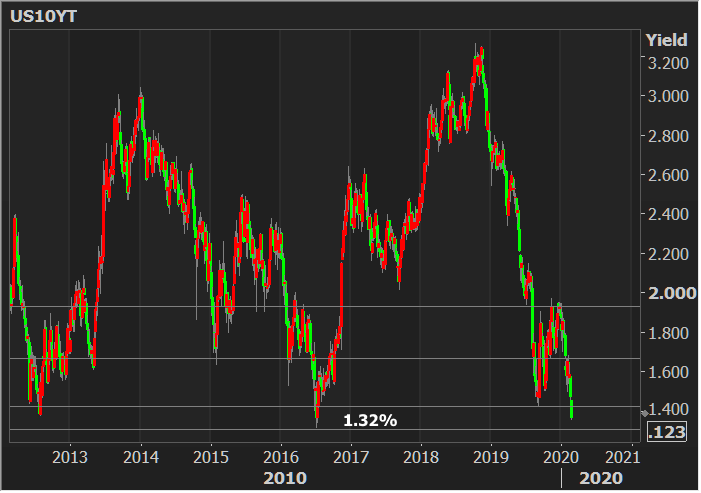 In this environment, please understand that MBS cannot, will not, and should not be doing as well as Treasuries.  You wouldn't really want them to anyway.  Reason being: if MBS improved that quickly and a few lenders decided to adjust rates accordingly, it would produce massive lock fallout on top of the already massive prepayment speed increases.  The faster MBS are being paid off and the more locks that are falling out, the worse MBS will be able to keep pace with Treasuries in the first place.  MBS need to be the tortoise to the Treasury's hare in this case.  The upside is that even if the hare turns around and heads back in the other direction, the tortoise (with its satchel of mortgage lender rate sheets) could easily decide to keep heading for the finish line.