The Fed has 8 scheduled meetings per year.  4 of them include a dot plot with each member's rate hike outlook.  Those announcement days tend to produce the most volatility.  Today is not one of them, but that doesn't mean we can sleep on volatility.  Just under 2 weeks ago, the notion of a Fed pivot (a shift toward smaller rate hikes over the next few meetings and then no rate hikes for as long as possible) helped bonds recover from the highest rates in more than a decade.

So while a 0.75% rate hike is a foregone conclusion, any indication of a pivot would be big news.  There's a small chance that it's addressed in the announcement itself, but it's 100% guaranteed that a reporter will ask Powell about it during the press conference at 2:30pm ET.  His answer will be the most important moment of the day for bonds.

Notably, it will only be the most important moment of this particular day.  While it rank fairly high in terms of importance for the entire week, it will be next week's CPI data that has a bigger role to play when it comes to shaping rate momentum.  The following chart shows June 2023 Fed rate hike expectations going back to June 2022.  That's when CPI surprises really began to rock the bond market.  Those are highlighted in red (July and August reports are not highlighted because they didn't cause big reactions) and Fed announcements are highlighted in blue.  NOTE: the spike after the September Fed announcement was more a factor of Japanese bond sales and UK fiscal drama. 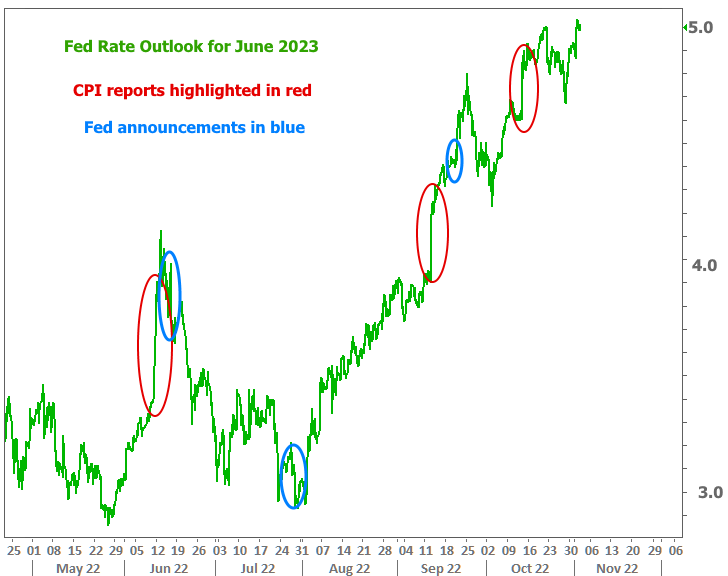 Even if we didn't know to give CPI more street cred as a key input, rates are very central in their current trading range--likely too central for Powell to singlehandedly cause a decisive breakout. 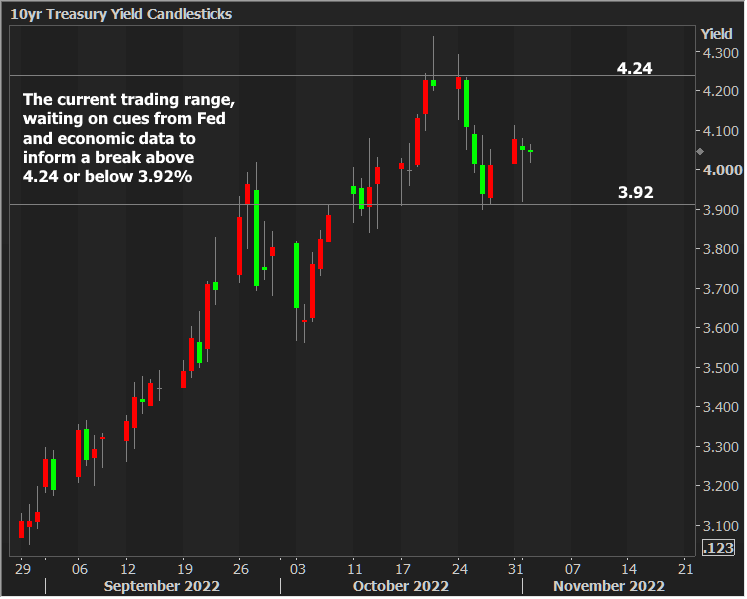 As always, the announcement newswires will be covered in real time on MBS Live and the press conference will be live streamed at 2:30pm.