MBS Live Morning: Markets Are "Selling The News" on Ukraine, But It's Relative

Overnight trading was volatile at first, with yields falling all the way to 1.846 for 10yr Treasuries.  In the first hour of domestic trading, they've been roughly 10bps higher!  What's up with that? 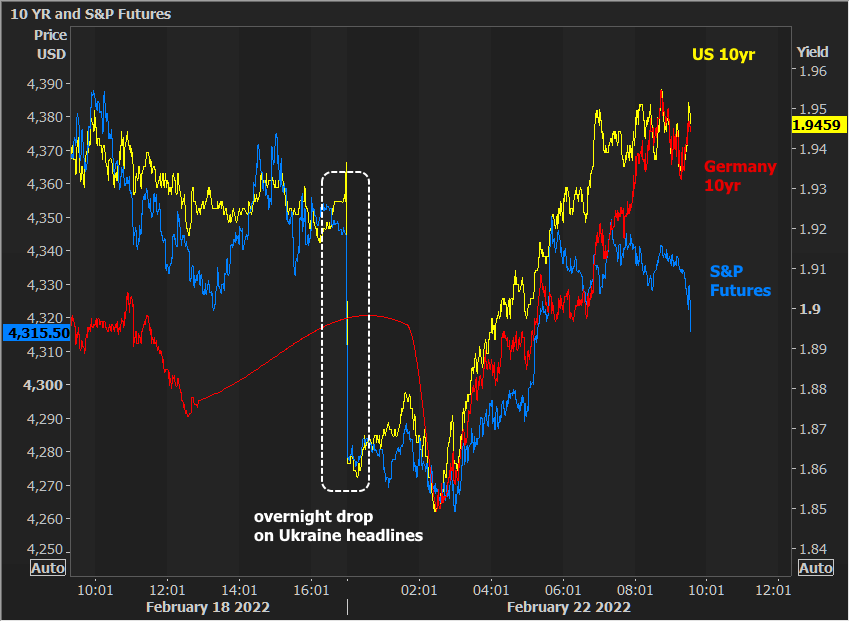 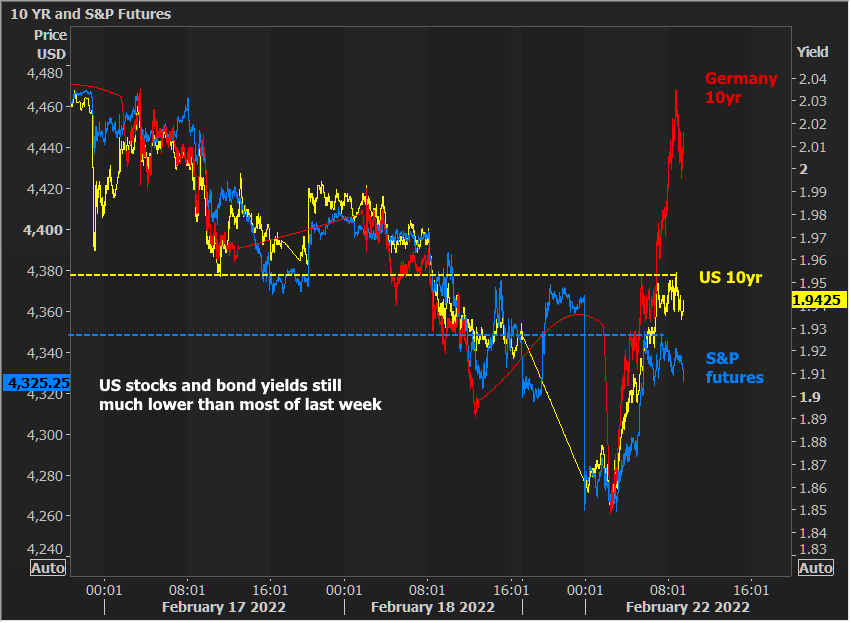 As for the 10bp swing, it prompted the creation of a LONG overdue addition to the MBS Live knowledge base: here you go.

This week's calendar flashpoints include Treasury auctions (mainly the 5yr on Wednesday) and the PCE inflation data on Friday morning.  Yields are smack dab in the middle of their gradual uptrend, but also in the middle of an attempt to hold the 2.06% ceiling as far as 10yr yields are concerned.  We'll be watching 2.06 and 1.91 to see which gives way first. 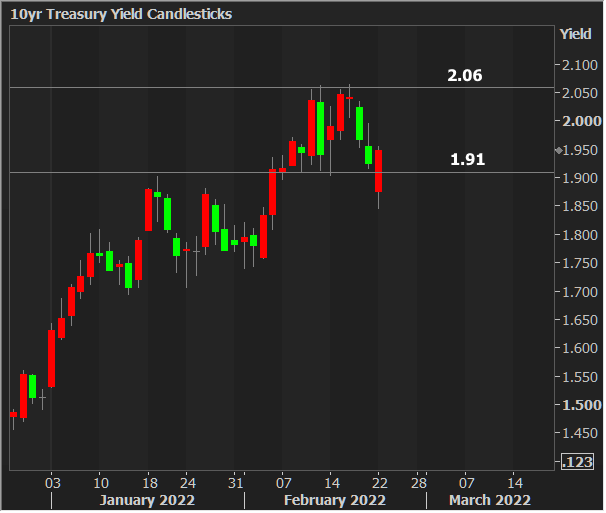