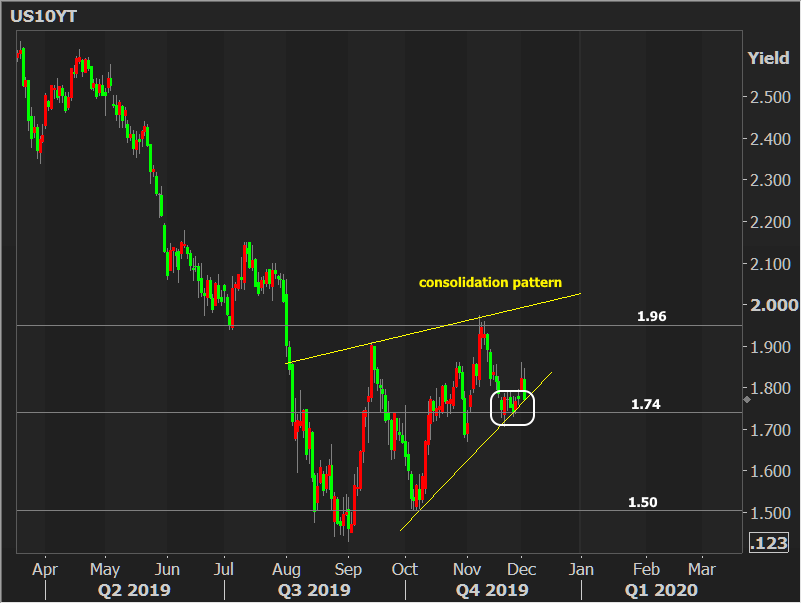 Overnight trade headlines reminded us that we're only ever one overnight trade headline away from a shift in the apparent momentum.  Granted, markets are increasingly desensitized to trade headlines, but that really just depends on the nature of the news.  The same old generic "getting closer to a deal" type of news rarely has an impact anymore.  But the overnight news was quite different.  Specifically, Trump said that trade deal may have to wait for the 2020 election.  The effects were clear. 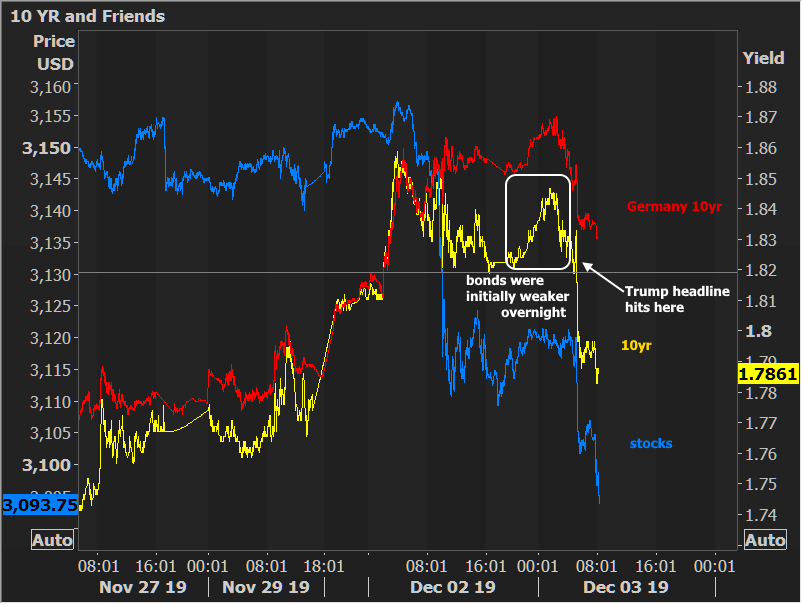 With that, bonds start the day with most of yesterday's losses recovered.  Notably though, looking back at the first chart, we can see that it would take more of a rally in order to break below the lower consolidation line.  If such a move is to be driven by econ data, it will have to wait for tomorrow's more significant line-up (there's really nothing urgent on today's agenda), which includes the important ISM Non-Manufacturing report as well as ADP Employment.