Yesterday's Fed announcement managed to deliver the bare minimum of the market's expectations and underdeliver on fairly reasonable hopes.  That resulted in a logical protest from both stocks and bonds.  Each had walked their own cautious path leading up to the Fed.  Bonds were definitely sideways.  Stocks were gradually improving, but may well have been sideways had they not been bouncing back from the big weakness in August. 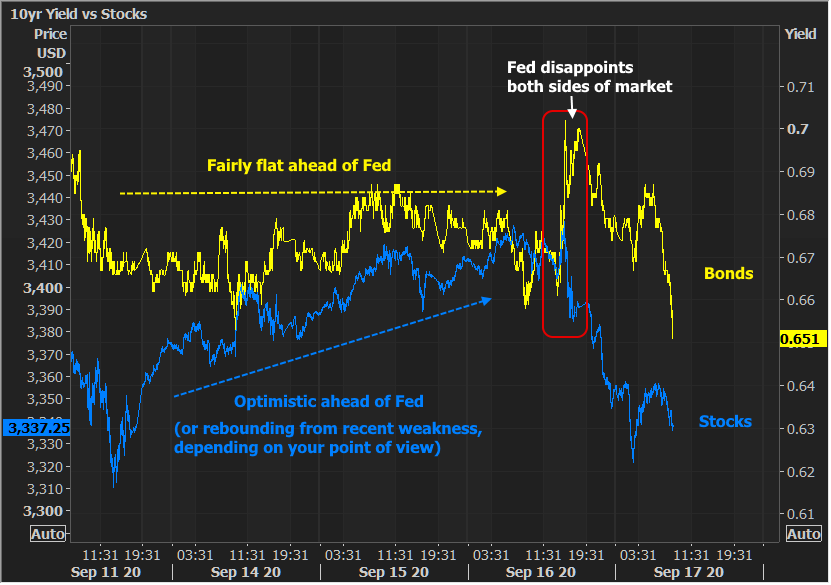 As of this morning, stocks are losing more ground and bond yields have been more willing to follow.  Still, that's no guarantee about the rest of the day/week/month.  Both sides of the market are searching for direction in their own way.  Stocks are faced with a decision about whether or not to press back up into all-time high territory or take the opportunity for a more serious correction surrounding the presidential election.

Bonds aren't too terribly far from their all time low yields, but their decision is a bit different from stocks.  The upside (or downside in terms of yield) is likely more limited without an obvious double dip recession taking shape.  Their downside (or upside in yields) is also probably limited by the expected economic malaise and consistent support from the Fed.  After all, the Fed may not have increased bond buying or promised more of it, but they did say they'd continue buying "at least" the current $120 bln per month (80 Treasury + 40 MBS) until their goals were achieved.  Given on of those goals is 2.0-2.5% inflation for several years, bond buying isn't on the chopping block for the foreseeable future.

With all that in mind, Treasury yields and rates are left to bounce around in a moderately narrow, low, sideways range.  Just like last week and last month, we continue to wait for a confirmed break above .73 or below .63 to suggest the tone of the next trend. 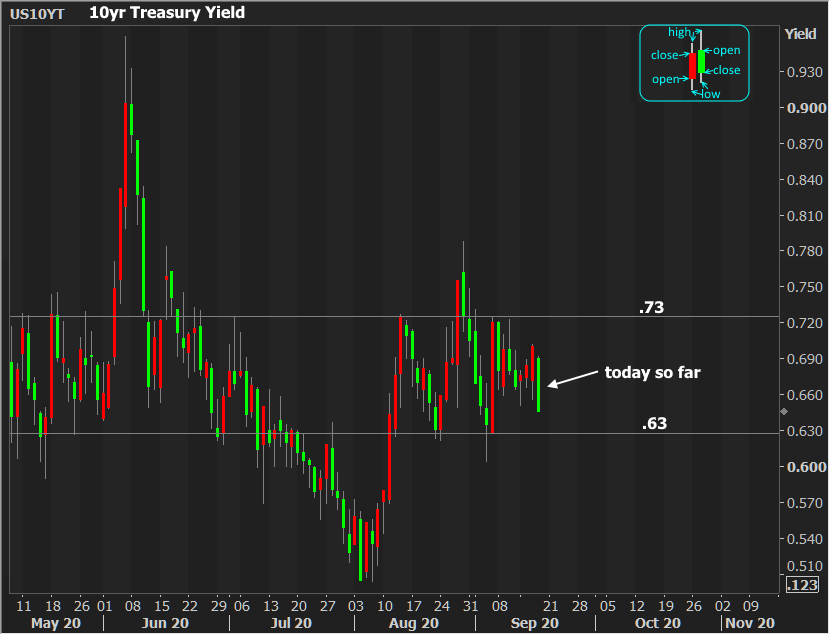 Mortgage rates are a bit of a different story as they've recently been forced artificially higher by the adverse market fee for conventional refis.  Interestingly enough, purchase rates are also generally higher than they were in late August, even though MBS suggests the opposite should be true.  Lender capacity continues to be the best explanation for such things as there is definitely room in lender margins for lower rates.  More simply put, lenders have more than enough business to efficiently handle  at current rates. No reason to move them materially lower until that changes. 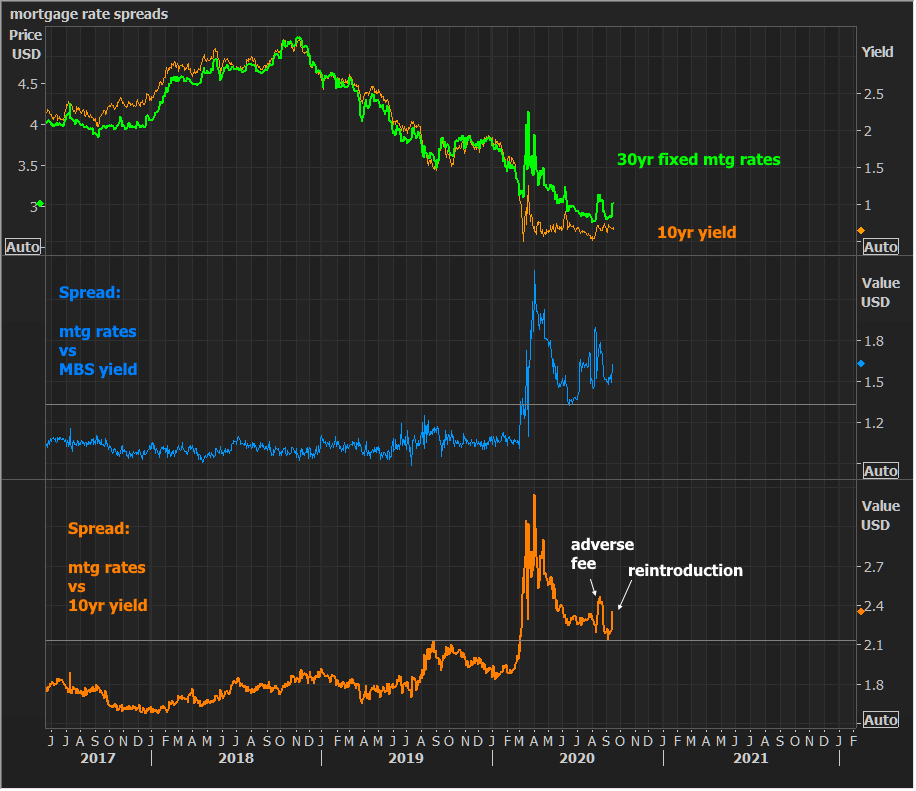