In the day just passed, bonds got our hopes up early with an initially positive reaction to the ECB announcement.  We were even in the green for most of Draghi's press conference, but heading into 9:30am, the tone began to change.  Ultimately, 10yr yields ran up to the highest point in what I would consider to be the new range established with August's big rally.  I provided a recap of my thoughts on 1.80% as an important pivot point in yesterday's last post (click it to go there).

In the day ahead, bonds will see if they can hold on to the broader range as they begin the day right in line with the highs.  On a positive note, the pace of selling appears to be slowing over the past few days.  On a negative note, there's really not much track record for yields above 1.80% recently.  The next noticeable stop is all the way up at 1.94% unless we want to get in the time machine and recall the historical importance of 1.84%.  Finally, while I'm not going to clutter up the chart with any more lines, there's a way to set fibonacci retracements that suggests 1.88% as a pivot point as well. 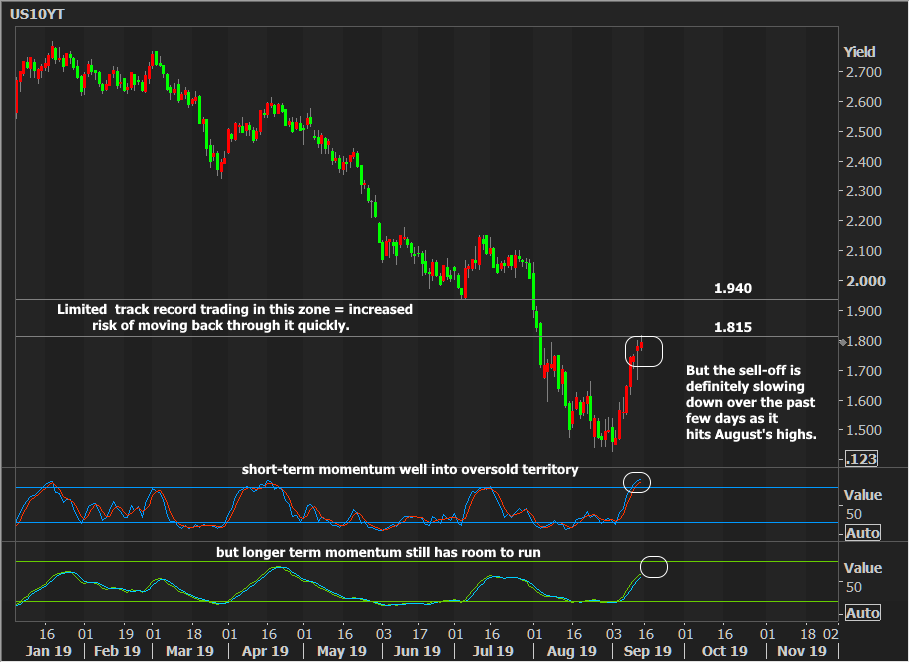