The Retail Sales report is generally considered to be in the upper echelon of economic reports when it comes to bond market impact.  As such, it's somewhat surprising to see bonds reacting negatively to a weaker-than-expected number.  But traders have their reasons.  These include a few bigger trades from bigger firms who were expecting an even weaker result in the data.  In turn, those trades provided leadership for more impressionable market participants.  They also helped yields crest the 1.25% technical level, thus resulting in some additional upward momentum.

Before breaking above 1.25%, 10yr yields bounced at 1.225 early this morning (1.217 overnight).  These levels are in line with the "gap" from February, which many traders viewed as a technical target for the summertime bond rally.  The filling of such gaps can result in a bounce back in the other direction, or merely a bumpy, sideways landing.  The latter is arguably what's playing out so far with 2 bounces down at 1.12+ and 2 ceiling bounces near 1.37%.

Nonetheless, the technical levels associated with "the gap" continue to be relevant.  Here's how they are situated in the bigger picture: 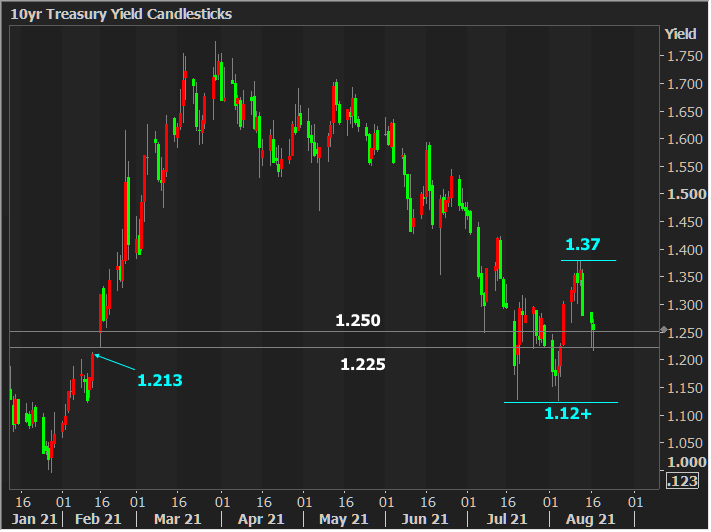 In the shorter term, we can see the double bounce at 1.225 and the subsequent test of the 1.25% ceiling earlier this morning (1.25% received some validation as an important level with multiple ceiling bounces yesterday, mid-day).  After that was broken, it prompted additional momentum from algorithmic trading programs based on technicals. 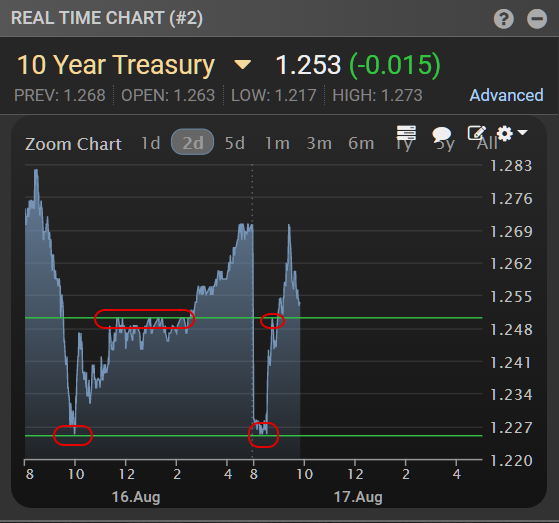