MBS Live Day Ahead: All The Key Levels to Watch And The New Uptrend in Rates

Yesterday brought a fairly significant sell-off to the bond market and a slightly less significant rally to the stock market.  Granted, the 4% improvement in the S&P sounds like a pretty big deal, but in this case it barely got stocks above the circuit breaker levels from Sunday night (levels so low that they resulted in trading being halted.  Now this morning, stocks have clearly rejected yesterday's suggested bounce, effectively using previous long-term lows as a ceiling.  This is a classic "pivot point" from a technical perspective, and it becomes a key level to watch in the S&P going forward. 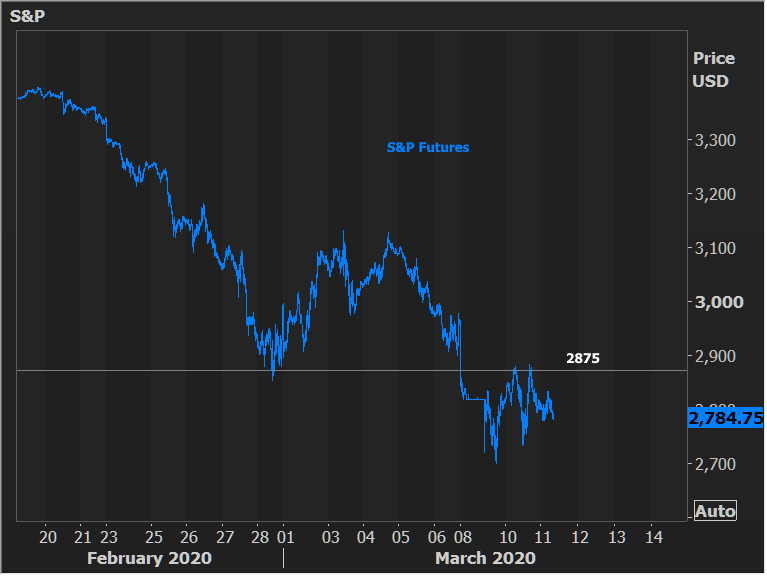 A pivot point is not an unbreakable ceiling, but rather, a more relevant line in the sand that tells us more than other levels in the event it's broken.  It could be a coincidental level that subsequently gives way to a gradual uptick in stocks.  The point is that if it's broken, that hypothetical uptick gains validity.

The potential uptick in bond yields is even more clearly defined.  See it below inside the yellow lines.  Overnight gains keep us well within the trend channel.  In fact, overnight gains moved yields right to the bottom of the trend.  Resistance here is not a surprise given that this week's auction cycle looks like it will be a challenge for bonds.  Yesterday's 3yr auction was brutal and investors are understandably cautious ahead of this afternoon's 10yr auction. 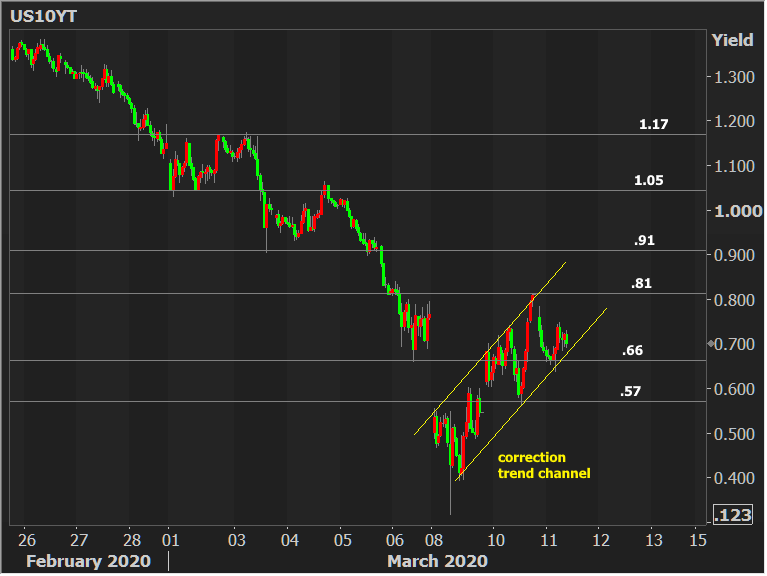 Things could get very interesting this afternoon if the auction is much stronger than expected.  Such a thing would suggest yesterday's weakness was more to do with curve trading than the outright sentiment toward bonds in general.  The result would definitely result in a break below the trend channel which could, in turn, prompt follow-through momentum.  Of course that's just one of the options.  Another option is that the auction confirms yesterday's momentum and we remain in the uptrend (plenty of room for another nasty sell-off without breaking it).

In other news, for those of you who weren't sure exactly how busy you were, check this out (i.e. biggest week-over-week jump in mortgage apps, EVER). 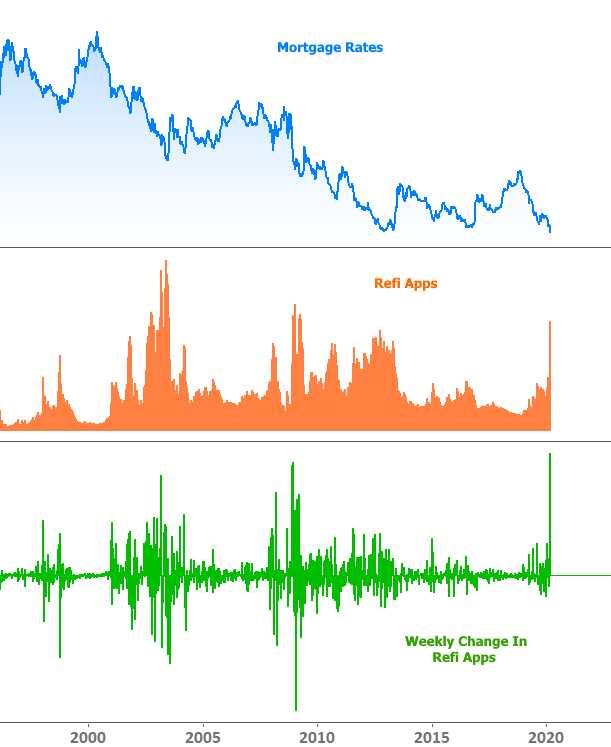