Yesterday marked the weakest weekly opener in several months as bonds built on negative momentum following last week's jobs report and positioned themselves defensively ahead of this week's Treasury auction cycle.  A strong 3yr auction had essentially no effect on any portion of the yield curve, but today's 10yr auction could be a different story.  Yields are several bps lower to start the day.  This raises the risk of a bigger negative reaction if the auction is weak (unless bonds undergo a concessionary sell-off in the hours leading up to the 1pm ET auction results).

Auctions aside, bonds face significant pressure from the corporate side of the market (investment grade corporate bonds which not only compete with Treasuries/MBS for investor attention, but also spark Treasury sales  as a part of the hedging process).  Yesterday, 23 issuers brought a staggering $35bln+ in corporate debt to the market.  To put that in perspective, $20bln would be considered an active WEEK for corporates.  Today won't be quite as robust (but still well above average as there are already 12 issuers on the board, including a few big names like Walmart and Toyota). 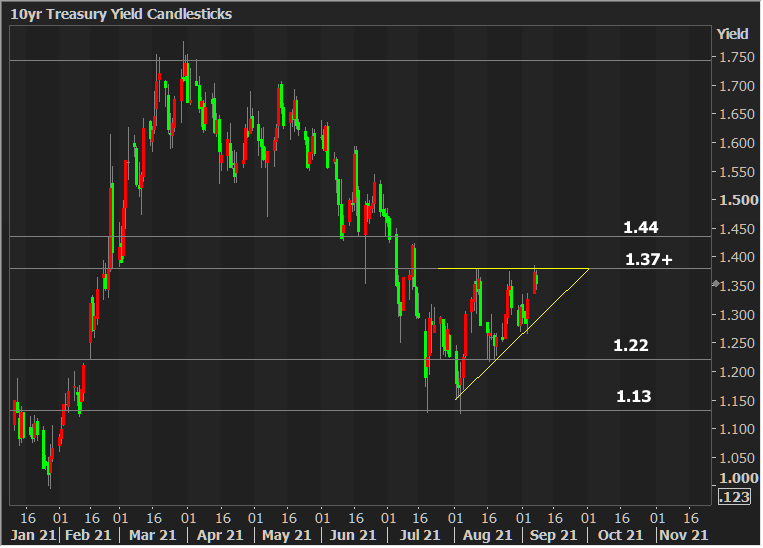