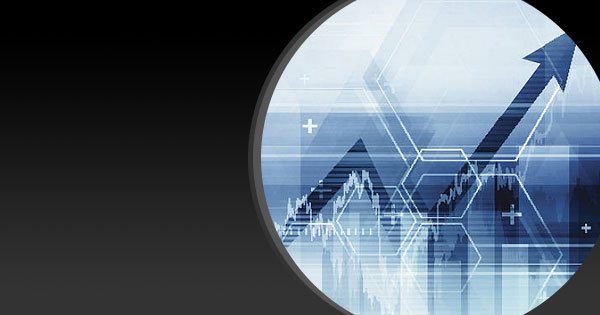 More than half of those shopping for credit lines or closed-end equity loans shop at only one lender. How do you make sure your institution is that one lender? Incorporating home equity into your marketing strategy will allow you to reach new customers. Blend’s eBook outlines strategy to ensure potential applicants keep you top of mind during their research. Learn how and where to reach those in-market for home equity loans. Read it here.

If you missed AmeriHome Correspondent at the national MBA last month reach out to CLsales@amerihome.com to find out about its latest offerings! AmeriHome has recently expanded its Non-Agency product offerings with the launch of a Non-QM program, as well as the enhancement of its Core Jumbo program. AmeriHome’s Non-QM offering – Income Flex – features loan amounts to $2,000,000 with full doc, 12/24-month bank statement and 1 year tax return (self-employed) options, primary residences, second homes and investment properties. AmeriHome’s Core Jumbo program has been expanded to allow for 90% LTV/CLTVs to $2,000,000 with no MI required! AmeriHome also has a brand-new Best Efforts Rate Sheet that closely replicates bulk-level execution, includes pay-ups for specific loan characteristics and consolidated LLPA grids that provide more clarity and pricing granularity. AmeriHome's Non-Delegated Program also continues to thrive, with its unparalleled service and its Close-on-Time Commitment. Follow AmeriHome Correspondent on LinkedIn to keep up with all of the latest updates and opportunities!

DPA Does Not Contribute to Higher Defaults. A recent Harvard working paper prepared for the Center for Household Financial Stability at the Federal Reserve Bank of St. Louis by Michael Stegman, et al., using extensive data from 46,000 loans originated principally between 1995-2005 with high LTV (median 97%), found that the receipt of DPA appears to be unrelated to default risk, when controlling for other risk factors, such as credit score, DTI, and even race. Referencing HUD’s descriptive use of data in its 2018 report to Congress, where HUD concluded that government DPA is associated with higher risk of default, the paper stated that, “In contrast to [HUD’s] descriptive analyses, our multivariate analysis indicates that the receipt of DPA is not significantly associated with default risk.” CBC Mortgage Agency agrees with the working paper’s admonition that in setting guidelines around DPA, policy makers should take care not to close off opportunities to aspiring minority home buyers.

Alpha. That’s what investment people call extra return for a similar level of risk taken. QLMS lets you provide your clients “alpha” by giving you access to the very lowest borrower-paid mortgage insurance rates in the industry! Not only does QLMS BPMI lower your client’s payments, it also lowers their DTI which increases the number of clients who qualify. Consider this incredible scenario: If your client is taking out a $300,000 loan, with a 95 LTV and FICO of 740 – their BPMI payment will only be $88 per month instead of the $133 industry average. They will save $4,770 by the time their mortgage insurance falls off. QLMS is obsessed with finding “alpha” for our partners to make them stronger in every way. Click here to grow your business.

Apex Appraisal Service has joined forces with Opteon, an international property and evaluation company, to be the exclusive provider of their proprietary property valuation software in the U.S. Gabriel Hern, CEO of Apex Appraisal Service stated, “While other companies are investing in technology that brings a virtual property to a desk appraiser, we want to bring a virtual desk to the appraiser at the property.” Opteon has already revolutionized the appraisal industry in Australia and New Zealand and the new strategic partners will work together to leverage similar innovation in America that will speed up turn times, produce reports that are completed solely by qualified appraisers, and reduce liability and risk to lending partners and homeowners. READ PRESS RELEASE

This industry has its share of lawsuits, with the latest set catching everyone’s eye is between Black Knight and PennyMac. Earlier this week Black Knight filed a lawsuit against PennyMac for breach of contract and misappropriation of trade secrets yesterday. In response, yesterday morning, PennyMac filed an antitrust lawsuit against Black Knight for anticompetitive behavior (“…market-dominating LoanSphere® MSP mortgage loan servicing system to engage in unfair business tactics that both entrap its licensees and create barriers to entry that stifle competition…”). Readers should know that Black Knight disputes the allegations contained within PennyMac’s lawsuit that was filed yesterday and Black Knight intends to vigorously defend the matter.

Put another way, Black Knight Servicing Technologies, with over 60% of the market share among servicing software providers, has accused PennyMac Loan Services, the nation’s sixth largest residential servicer, of breach of contract for creating an “imitation” version of the vendor’s LoanSphere MSP software and then giving notice that it wanted to end their contractual relationship. The next day PennyMac countersued the BKST saying it was engaging in “unfair business tactics that both entrap its licensees and create barriers to entry that stifle competition.”

PennyMac has been using the MSP servicing platform since it started up in 2008 and renewed its contract in 2016 for another three years but gave notice last year that it wanted out when the deal expired in 2019. Did PennyMac’s “improper use of Black Knight’s trade secrets and confidential information” cause $340 million worth of financial damage? Did Black Knight violate the federal Sherman Act, the California Cartwright Act and California’s Unfair Competition Law and “engage in unfair competition?” I’m sure they’ll figure it out.

Speaking of figuring things out, the Federal Deposit Insurance Corporation (FDIC) announced a settlement with HomeStreet Bank, Seattle, Washington, for violations of the Real Estate Settlement Procedures Act (RESPA). HomeStreet Bank stipulated to the issuance of an Order to Pay Civil Money Penalty ("Order") in the amount of $1,350,000.

Nearly every MLO or compliance person will tell you that Section 8(a) of RESPA prohibits giving or accepting a thing of value for the referral of settlement service involving a federally related mortgage loan. “The FDIC determined that HomeStreet Bank, through its now discontinued Home Loan Center-based mortgage banking business line, entered into certain co-marketing arrangements in which the bank and real estate brokers agreed to market their services together using online platforms. The FDIC also determined that the bank entered into desk rental agreements whereby the bank rented space in the offices of real estate brokers and home builders. These arrangements and agreements resulted in the payment of fees by the bank to real estate brokers and home builders for their referrals of mortgage loan business, in violation of RESPA. HomeStreet Bank has terminated all of the co-marketing and desk rental agreements.”

In other somewhat recent legal news, in Elliot v. First Fed. Comm. Bank of Bucyrus, the United States District Court for the Southern District of Ohio granted summary judgment to the lender, finding that events that reduced the plaintiff’s income were not foreseeable by the lender and not subject to the Ability to Repay Rule. This was the first substantive analysis of the Ability to Repay rule. Read about this case in the June Litigation Update, compliments of McGlinchey Stafford and OMBA.

Bay Equity Home Loans is expanding into the Mid-South Region, with nine branches and 55 loan originators in Kentucky, Tennessee and Indiana through its acquisition of the retail assets of Century Mortgage. Century Mortgage was recently named Kentucky’s #1 lender by the publication Louisville Business First. In upcoming weeks, nine branches will open under the name “Century Mortgage, a division of Bay Equity Home Loans.” Bay Equity is a family-owned, full-service retail mortgage lending institution founded in 2007 and licensed in 39 states.

Call them non-prime, non-Agency, expanded credit, whatever, these securities continue to hit the market. Kroll Bond Rating Agency sent out a presale report on Deephaven Mortgage’s $480.9 million expanded-credit MBS set for issuance. (In July Deephaven issued a $439.9 million security.) Deephaven is owned by Pretium Partners, and the servicing of this new security will be handled by Shellpoint Mortgage Servicing. Colorado’s Redwood Trust is readying its fifth prime non-agency MBS of the year ($401 million). And NewRez is set to issue its fifth expanded-credit MBS of the year: $305 million.

Looking at the bond market yesterday, lower mortgage rates on the rate sheet dropped more than higher ones after reports President Trump and Chinese President Xi Jinping may not be able to sign a deal to partially resolve the trade war until December. Is this a shock? We saw earlier this week that the U.S. deficit widened to nearly $500 billion in the first nine months of 2019, suggesting that the trade wars haven’t had the desired effect. The day also saw a well-received $27 billion 10-year note auction after which the 10-year yield put in its session low of 1.807 percent before closing the day -5 bps to 1.81 percent.

Today’s calendar began with the Bank of England holding firm on rates at 0.75% and the asset purchase target (£435 billion). Jobless claims kicked off the U.S. calendar, with initial jobless claims for the week ending November 2 (-8k to 211k). Later today, the Desk of the New York Fed will conduct a Class A FedTrade operation when they purchase up to $1.19 billion UMBS30 3 percent ($874 million) and 3.5 percent ($316 million). Treasury conducts the final leg of this week’s Quarterly Refunding when they auction $19 billion 30-year bonds. September Consumer Credit will also be released, and markets will receive remarks from both Dallas Fed President Kaplan and Atlanta Fed President Bostic. With continued trade yammering, we begin the day with Agency MBS prices worse .250 and the 10-year yield up to 1.88%.

“When you become part of #TeamPrimeLending in Southern California, you stay, you grow, and you succeed. Our average branch manager and loan officer tenure of 5 ½ years is proof of that. Once you’re here, you will realize it’s the best place to build your business, as we’re solely focused on distributive retail.  We also have more loan options to fit your borrowers’ needs and local marketing support geared toward the modern originator, along with game-changing technology that enhances the mortgage experience for you, your customers and your business partners. If you’re a branch manager or loan officer in San Diego, Los Angeles, Orange County, San Bernardino County or Riverside County, now is a great time to speak with Chris Morgan, Southern California Regional Recruiter, and Uly Kim, Southern California Regional Manager, about how easy it is to grow with PrimeLending. If you’re ready to always have the support, tools and team you need to build your legacy, get connected with Chris or Uly today.”