Breaking Down the Multi-Decade Lows in Mortgage Applications

It's a fairly sobering headline any way you word it: mortgage applications hit the lowest levels in 22 years last week according the the Mortgage Bankers Association (MBA).  Loan originators who focus on the refinance market probably aren't too surprised.  Refi apps entered long-term low territory more than a month ago and they've only been barely above the levels of 22 years ago since then.

The purchase market has been a different story.  As recently as early May, we were still able to say that weekly purchase apps were higher than almost any other week before the pandemic going all the way back to 2010.  They dropped substantially 4 weeks ago but held on to levels that were fairly central in the bigger picture for 3 straight weeks.

Today's update changes things.  The drop in refi apps is 'business as usual,' but the drop in purchase apps was nearly as large as the big the one seen in early May.  At this point, we'd have to go back to the purchase market doldrums of 2010-2015 to find anything lower (with a few exceptions). 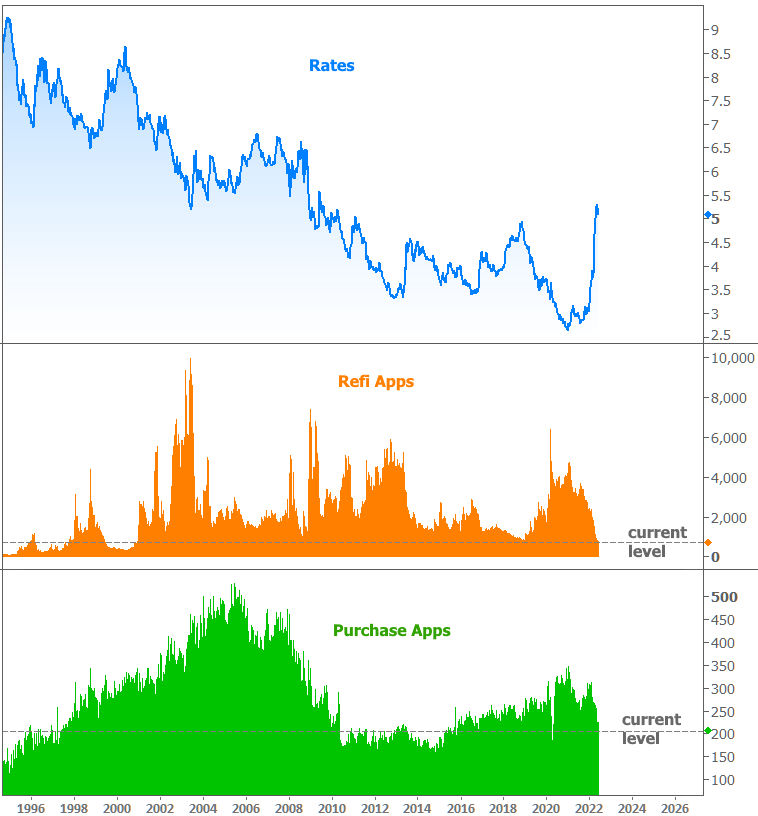 There is more than one big problem at work here.  The rate environment of 2020/2021 is the biggest problem because it cleared out a vast majority of refi potential from the market.  It also inflated refi numbers relative to purchase numbers due to serial refinancing (something that occurred many times over the years as rates have essentially done nothing but move lower since 1980). 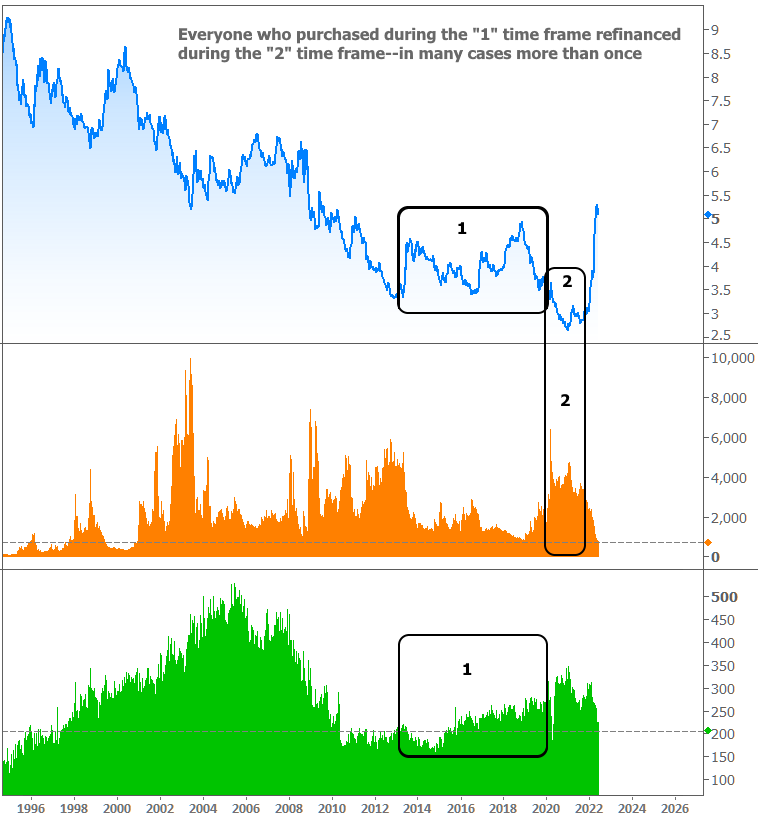 In other words, the current refi numbers have no extra juice from the serial refi crowd.  They're limited to "refis of necessity" (cash out, divorce, etc).  Going forward, refis will pick back up whenever rates drop enough to provide the incentive to those who've purchased in the past few months.

It will take time for a meaningful pool of refi candidates to develop at the current pace.  And now we have to worry about purchases dropping off a cliff and slowing the growth of that pool even more.  The only saving grace is that the pool isn't shrinking quite as quickly as purchase apps would suggest due to the increased prevalence of cash purchases in the wake of the financial crisis (and again in the wake of the pandemic). 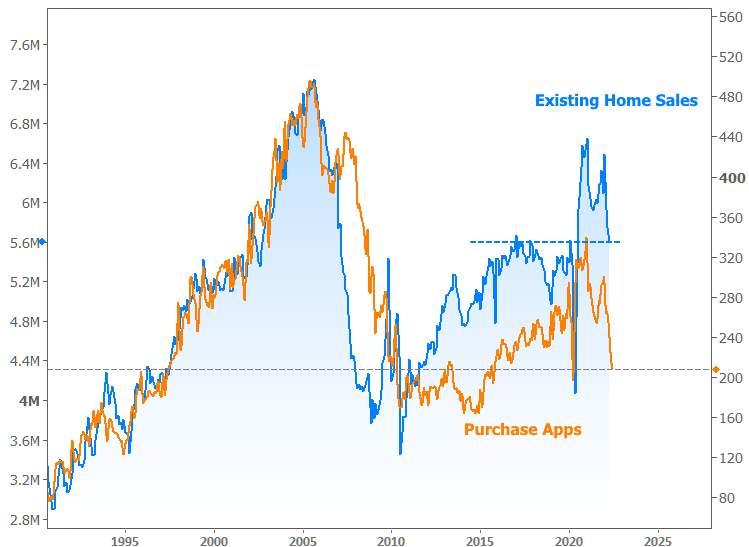 In other words, existing home sales will also tell you that sales activity has declined sharply, but for now, it stops well short of hearkening back to anything remotely close to the levels seen the last time purchase apps were this low.