Mortgage Applications Still Contracting, But at a Slower Pace

Today's weekly mortgage application survey from the Mortgage Bankers Association (MBA) was fairly unsurprising in that applications declined, but at a slightly slower pace compared to recent weeks.  The moderation in the pace makes sense for a few reasons.  First off, refi applications are near their historical lower boundary. Secondly, interest rates have improved noticeably in each of the past 2 weeks.

It's not that this drop in rates is going to reinvigorate the refi market, by any means.  Rather, it simply helps maintain the interest of those buyers or refi candidates who were on a fence due to rates.

The dotted lines in the chart below show the current levels for rates and applications. 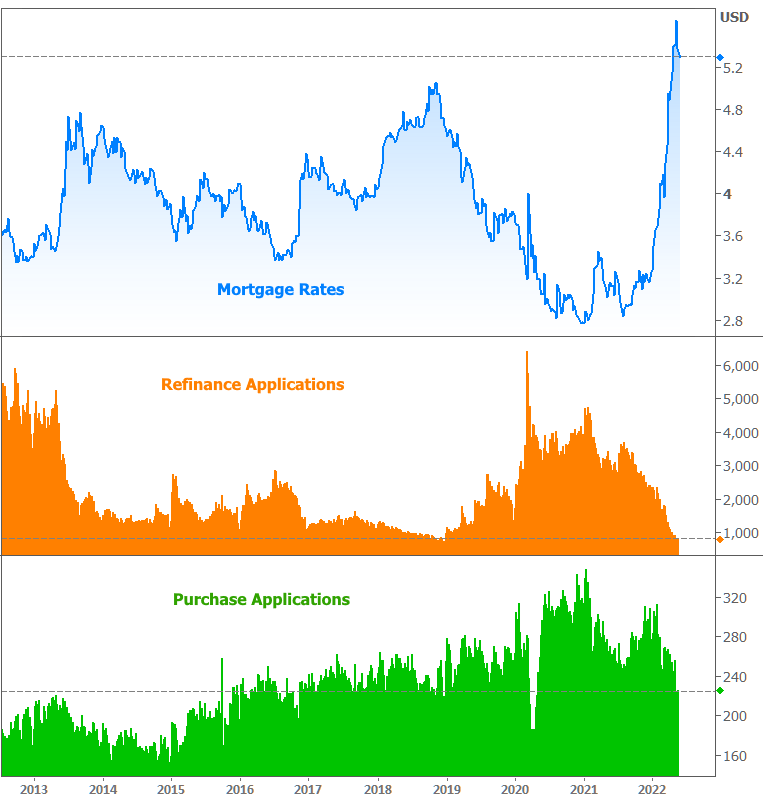 Applications fell only 1.2 percent overall on a seasonally adjusted basis.  The refi index fell 4% and the purchase index essentially sidestepped with a 0.2 percent decline (note: the component indices don't line up with the overall number due to the higher volume of purchase applications at the moment).