The MBA does a much better job than other weekly surveys of capturing the week-to-week reality for mortgage rates.  They logged an average 30yr fixed rate of 4.06% (up from 4.05% previously) which is just about perfect according to our own daily rate tracking over the same time.

These are the highest rates since the May 2019 and that carries logical consequences for refinance applications, which are well on their way to returning to May 2019 levels.

Purchase Applications are typically more insulated from rate volatility and that was especially true for most of the past 6 months.  As rates moved up from near-all-time lows in early August, purchase demand actually increased.  That trend topped out at the end of November, but application levels stayed high through January.  February has been a different story for purchases, but levels are still higher than mid-2021 lows. 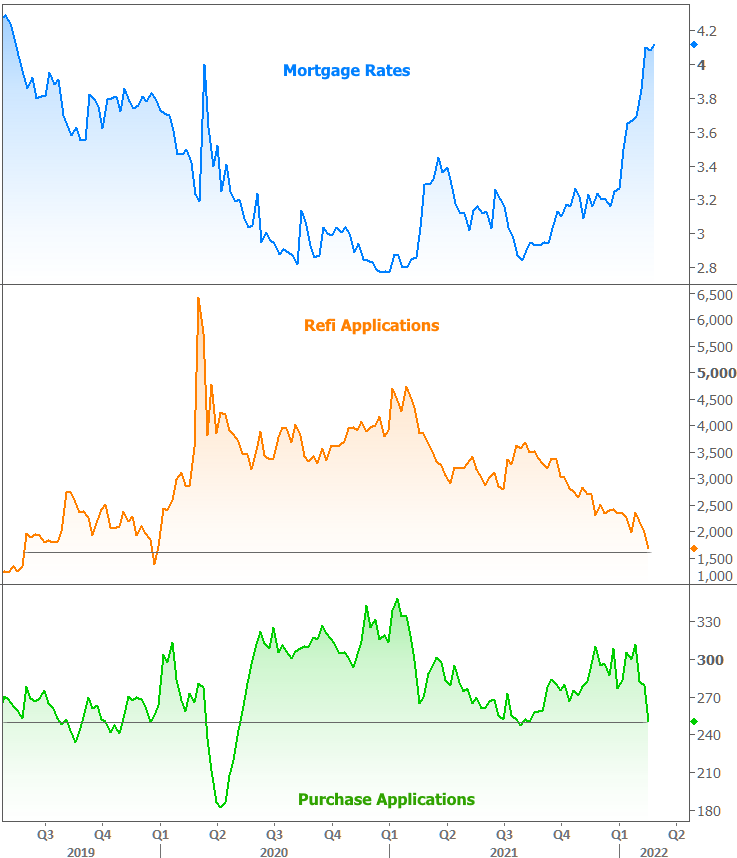 Moreover, if we zoom the chart out, we see that purchases are still in solid territory in the bigger picture.  Current levels are in line with what had been the highs of the past decade, pre-covid. 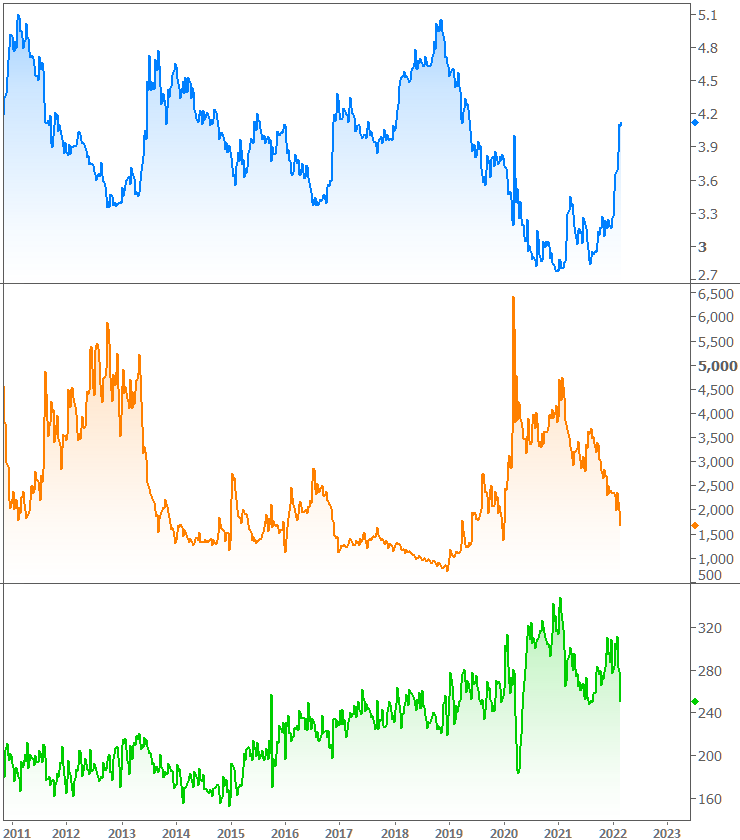 Other highlights from this week's MBA data: