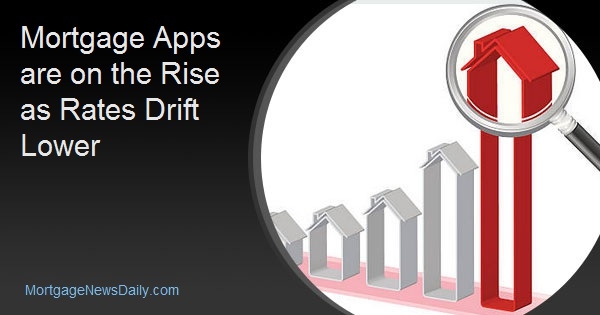 Mortgage Apps are on the Rise as Rates Drift Lower

Mortgage loan activity posted a third straight gain during the week ended January 20. The Mortgage Brokers Association (MBA) said its Market Composite Index, a measure of mortgage loan application volume, increased 7.0 percent on a seasonally adjusted basis from one week earlier and rose 1 percent on an unadjusted basis. The week’s results included an adjustment to account for the observance of Martin Luther King Day.

The Refinance Index moved 15 percent higher but was 77 percent below activity during the same week one year ago. That share of the week’s applications increased to 31.9 percent from 31.2 percent the previous week.

The seasonally adjusted Purchase Index gained 3 percent and was 1 percent higher on an unadjusted basis. Activity was 39 percent lower than the same week one year ago.

“Mortgage rates declined for the third straight week, which is good news for potential homebuyers looking ahead to the spring homebuying season. Mortgage rates on most loan types decreased last week and the 30-year fixed rate reached its lowest level since September 2022 at 6.2 percent,” said Joel Kan, MBA’s Vice President and Deputy Chief Economist. “Overall applications increased with both gains in purchase and refinance activity, but purchase applications remained almost 39 percent lower than a year ago. Homebuying activity remains tepid, but if rates continue to fall and home prices cool further, we expect to see potential buyers come back into the market. Many have been waiting for affordability challenges to subside.”

He added that, while refinances rose, interest rates are still more than two percentage points higher than a year ago, providing very little refinance incentive for most borrowers who are locked into lower rates.”