Rates Blast Back Up Toward Long Term Highs

As we discussed last week, there is unprecedented volatility in mortgage rates at the moment.  It's not that we're seeing record setting swings from day to day.  Rather, it's the consistency with which we're seeing exceptionally large swings.  Today keeps that trend very much alive with another substantial jump following Friday's substantial drop. 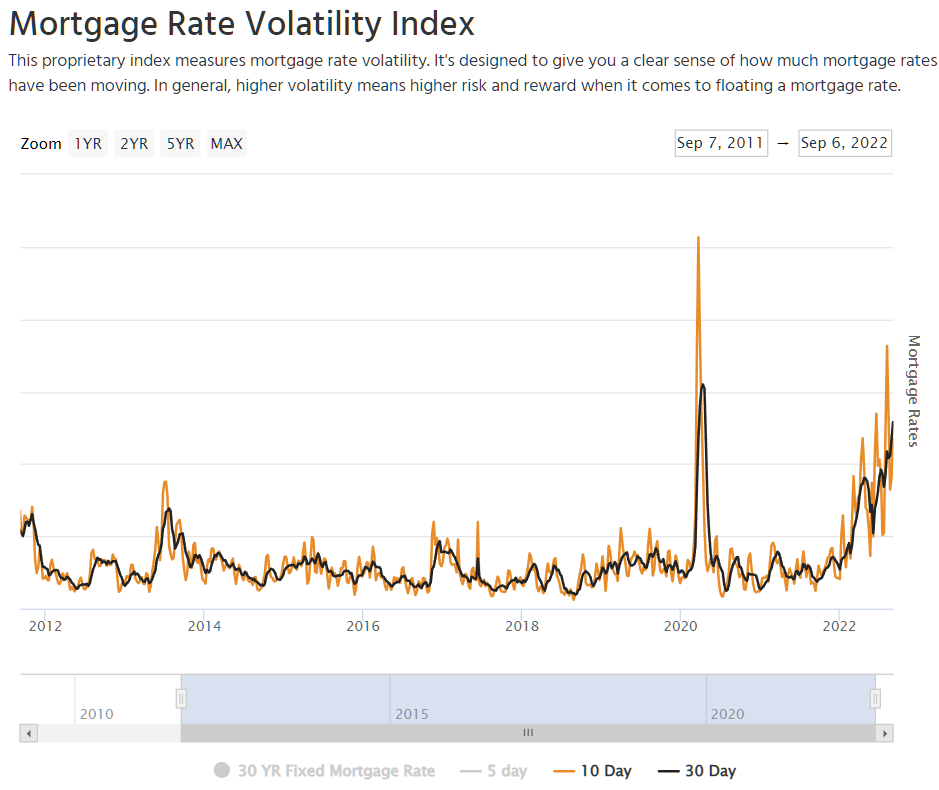 In both cases, it would not be a surprise to see a quoted rate change by an entire quarter of a percentage point (0.25%).  To put that in perspective, rates spent several 2-3 month stretches over the past few years without moving more than half as much.  In other words, today alone we saw twice as much movement as seen in the entire 4th quarter of 2021.  And that's happened 4 TIMES IN A ROW!

There are general, ongoing reasons for the volatility/weakness and a few specific motivations today.  The biggest specific motivation is a bit esoteric today as it has to do with the corporate bond issuance market (think big corporations issuing debt to fund operations/expansions/etc).  A certain amount of this activity was already expected, but reality ended up being much bigger than expectations.

Corporate issuance hurts rates for two reasons.  First, it often involves the selling of bonds as way to manage rate risks during the issuance process.  Second, corporate bonds compete with mortgage bonds and Treasuries for investor demand.  Less demand = higher rates, all other things being equal.

In addition to corporate issuance, there was strong economic data this morning as a key report on the services sector handily outperformed forecasts.  Strong data is always generally bad for rates, but it's especially troublesome at a time where the Fed has been candid about the need to do some damage to the economy in order to reign in inflation.  "Doing damage" from the Fed's standpoint is just another way of saying "higher rates."

There is no way to know when the top may be in for the current slog toward long-term highs.  Pockets of relief are certainly possible, but they could easily be followed by similar swings to those seen in recent weeks.  Sustainable improvement happens when inflation is firmly trending lower and economic data has market mavens talking about recession odds again.