MBS Live Week Ahead: Can Bonds Confirm The Breakout?

A resilient performance at the end of last week means that bonds have easily staked a claim to a sideways range that's been intact for more than 2 months now. We had been following a slightly negative trend in Treasuries (seen in the yellow lines below), but even that trend was completely contained by the prevailing sideways range.  As of Friday, 10yr yields were making a case to part ways with the negative trend by ending the day below the yellow line for the first time since the trend began in mid April. 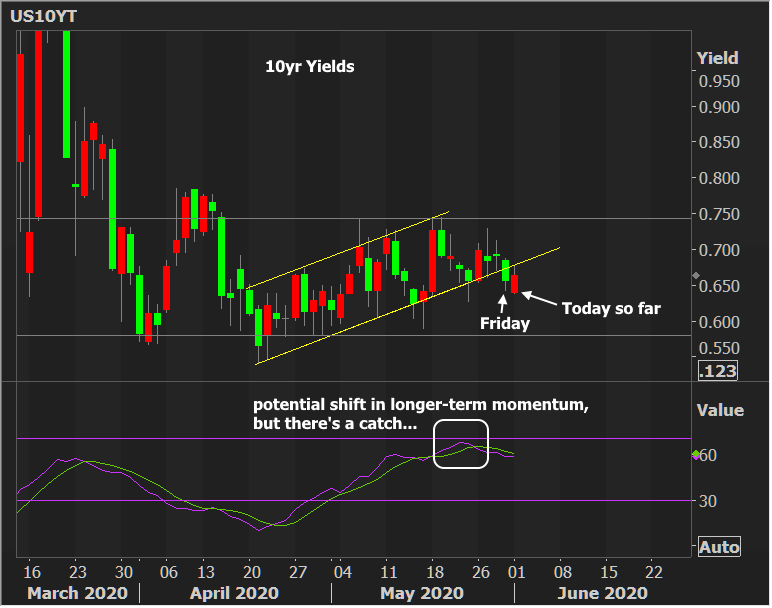 The bottom portion of the chart has a slow stochastic oscillator--a technical overlay that helps track momentum.  As far as stochastics are concerned, negative momentum topped out and reversed course last week, but there's a catch.  There are two catches actually.  First off, stochastics don't predict the future.  They can often give false positives on reversals.  More importantly, this was a very weak signal compared to past examples.  It's more a byproduct of the sideways range.

If we zoom the chart out, we can see how this reversal signal stacks up versus stronger examples. 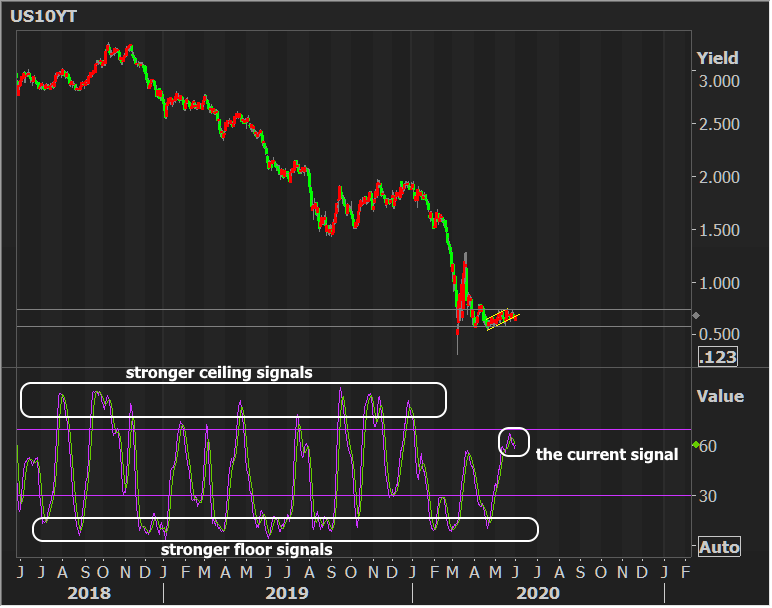 The week ahead brings what has traditionally been the most important slate of econ data on any given month (ISM reports and the Jobs report on Friday).  We have yet to see a meaningful market reaction to the data, largely because it has been too soon.  As quarantine policies ease throughout the country, it will be interesting to see whether markets view this as an informative shift in the data or still something that was to be expected.  I would lean toward "to be expected." The broader sentiment on risk has clearly been a motivation for both stocks and bonds and the ramp-up in expectations for an official QE announcement from the Fed next week has helped bonds stay in their sideways range even a stocks suggest more bond market weakness.