Overnight market panic made for some truly spectacular movement in the bond market with the 10yr Treasury yield down more than 40 bps at one point to 0.32%.  That number is made all the more wild considering the previous all-time low was exactly 100bps higher in 2016.  It's made even wilder considering that ground only took 7.5 days to cover, which is at least 1 day faster than the pace seen in November 2008 (the last time 10s moved 100bp lower in less than 2 weeks.

In both cases, the previous low range was fairly well established.  2008's rally was facing off against lows from 2003, and multiple bounces near the same levels in 2008.  The current version is accomplishing even grander things in that regard with solid bounces in both 2012 and 2016, very close to the same levels.  There was also a fledgling bounce in the 1.4's in 2019 which would no doubt have lasted much longer if not for coronavirus. 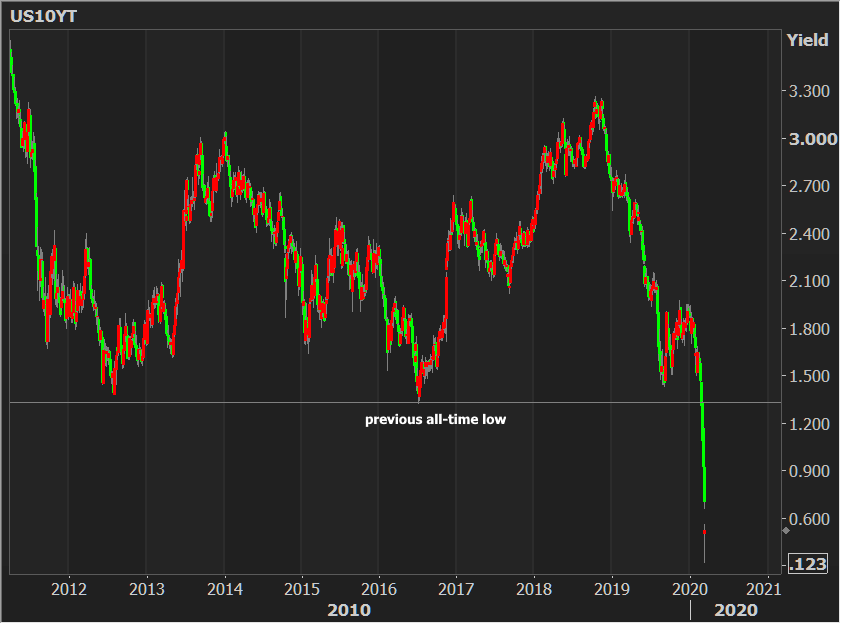 In the shorter term, the rally has left a trail of breadcrumbs that can be used as supportive ceilings on the way back up.  Breaching these ceilings would give us one small way to track a shift in momentum, away from fear and toward recovery. 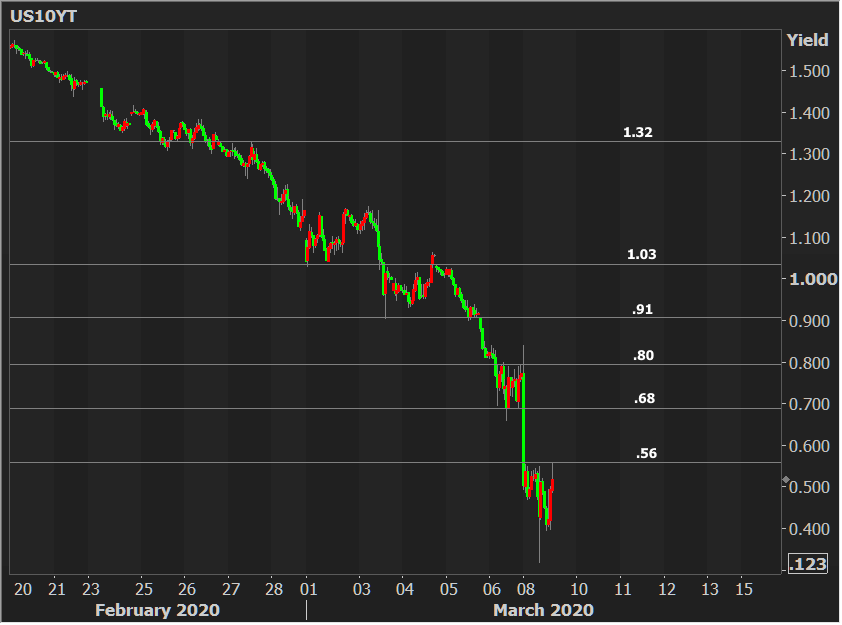 There is a smattering of econ data this week, but none of it should have any lasting effect on trading levels.  Investors are simply watching coronavirus numbers and trying to determine when the bottom is in for both yields and stocks. 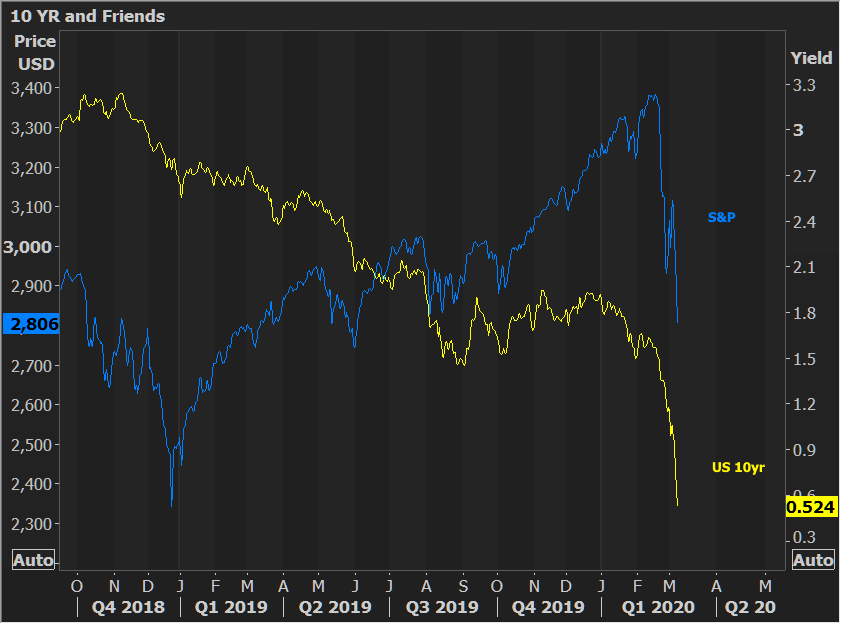 With the Fed up to bat next week, speculation is rampant about a cut to the previous all-time low Fed Funds Rate range of 0-.25% (or .125% as far as charts are concerned).  This too has been a rapid change from just a few days ago.  In fact, some analysts expect another emergency cut before next week's meeting, but that may be too risky considering the bad reaction markets had to the last cut.  Monday morning jitters aside, if stocks are heading generally higher this week, there's less and less of a chance of fiscal or monetary intervention (apart from the balls that are already rolling). 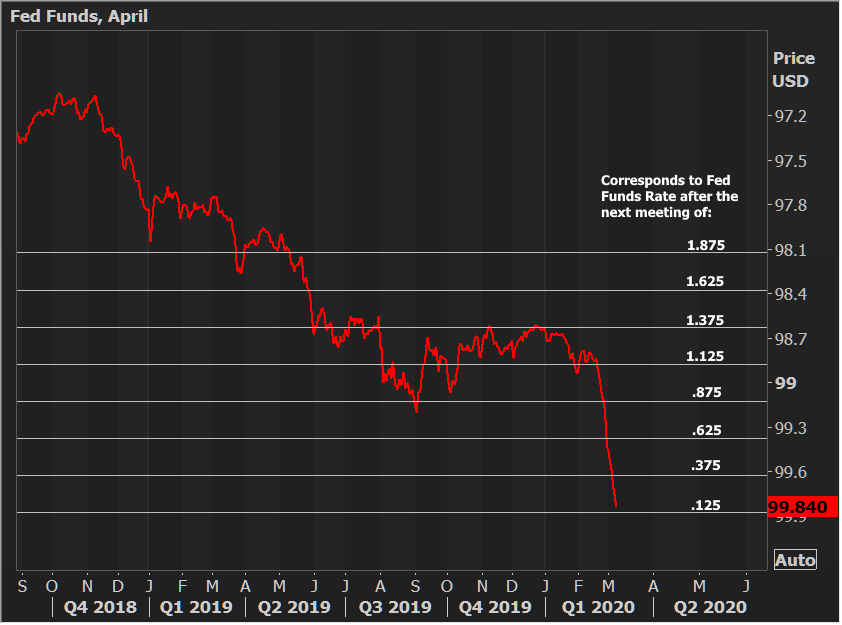 Above all else, keep in mind that as soon as the rest of the world can confirm China isn't fabricating its numbers of deaths vs recoveries, that will be good for meaningful proportion of the recent move being erased.  I don't think it would be fully erased, mind you (because actual economic damage has been done and cannot be undone), but erased enough to ruin your day (or week) if you're not paying attention when it happens.  The center of the risk window for this is by the end of next week, although seeds of hope could be planted as soon as the end of this week.