Recent inflation data and a slightly softer stance from the Fed combined to crush the yield curve (10yr yields almost 90bps lower than 2yr yields in early Dec) and spark nearly a 100bp rally in 10s in just over a month.  As we said at the time, the CPI report and Fed announcement two weeks ago effectively marked the end of the year.  It also marked the end of the rally and curve flattening trade. Since then, we're left to simply wade through the aftermath.  Buyers were done 2 weeks ago and curve flattening trades have been exited rapidly. 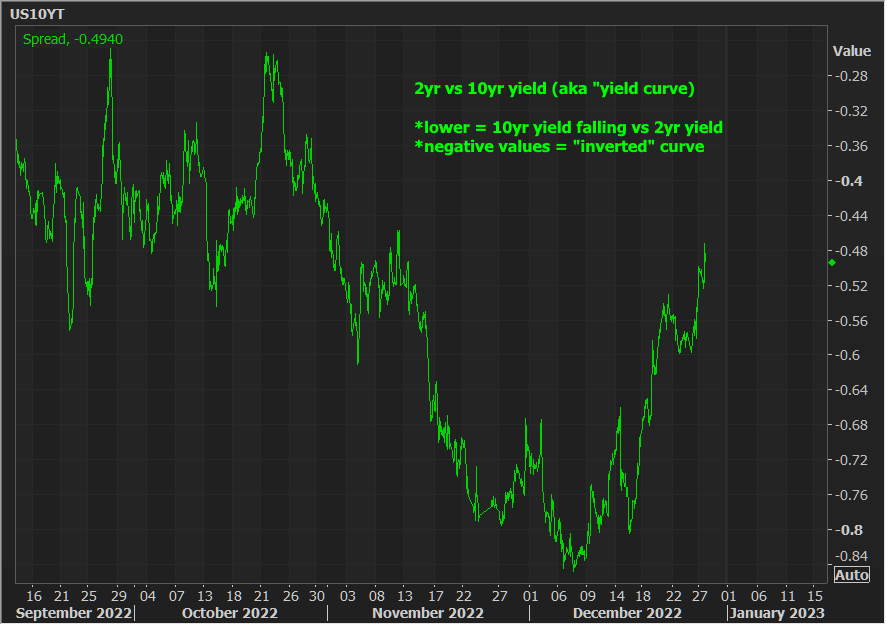 The holiday trading conditions amplify the movement, leading some to doubt the validity of the big picture narrative on inflation and rates.  While we can't assure you with 100% certainty that there's no reason to have those doubts, we can say there's no reason to have them yet.  Nothing about the past two weeks actually changes anything in the bigger picture. Fed rate expectations continue to consolidate at levels that connote only 50bps of additional rate hikes, even after Fed Funds Futures moved outside the official consolidation pattern yesterday.  We're not reading anything into the following chart considering the low volume and ongoing holiday trading mode.  Even then, it's still closer to 4.875% than anything (which is 50bps of additional hikes). 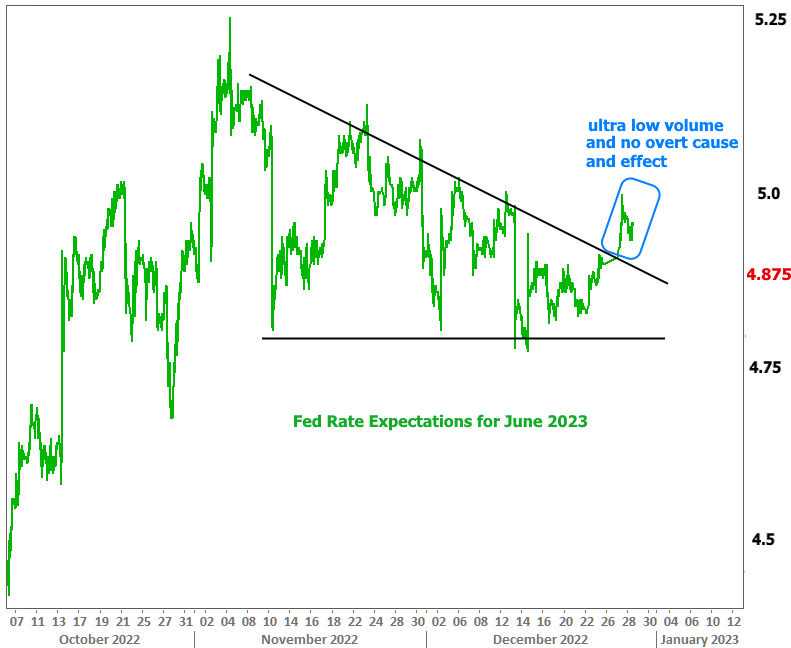 As for today, there are no big ticket market movers on the econ calendar.  Even if there were, the holiday trading themes would make it hard to draw much of a conclusion about any resulting market movement.  We'd normally say this leaves the focus on today's 5yr Treasury auction, but in the 2nd half of December, we'll be taking any apparent cues with a grain of salt.  Either way, it's the best potential market mover we have today (at least when it comes to things we know about ahead of time).