Bonds proved they were capable of rallying this week with respectable gains early this morning following two days of relatively sharp losses. Unfortunately, the official domestic hours have generally seen more and more selling pressure.  The saving grace is that we came into the entire week advocating an aloof stance until the 2nd week of January.  We're in the thick of holiday bond market weirdness.  Not everything is as it seems.

For those that insist on applying some semblance of systematicity to this week's market-watching endeavors, we can keep the recent 3.42 - 3.62 range in mind in 10yr yields.  That's potentially even more relevant today because this morning's early rally stopped out precisely at 3.62.  This "pivot point" behavior is a vote in favor of a more cautious approach until 3.62% is broken. 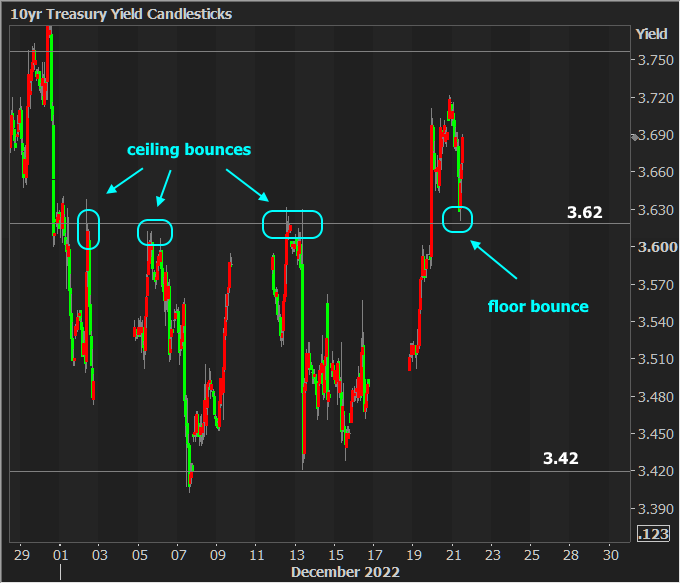 We can look for a shift in tone after the afternoon's 20yr bond auction--the week's only official Treasury coupon supply event.