One unfortunate side effect of the general hyperfocus on inflation as the biggest issue facing markets is that bonds have been able to bounce from one CPI and Fed meeting to the next for the bigger cues.  The intervening time becomes a waiting game, barring unforeseen shocks such as the late September UK debt drama.  The waiting game is set to intensify now with the winter holiday season upon us.  In fact, that's arguably already happened as we look back at a week that has traded on both sides of last Thursday's closing levels. 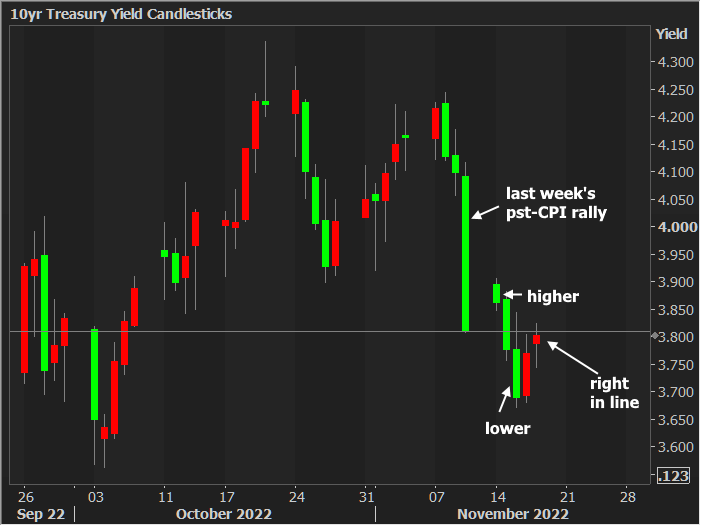 Today's econ data data isn't up to the task of shifting the narrative in any tradeable way.  Existing Home Sales numbers were uninspiring, for better or worse.  Leading indicators, by all rights, should carry a bit more weight as it offers one of the best indications of the recessionary forces in play.  The index has been below zero for longer than any other time since the last major recession.  Notwithstanding the temporary drop caused by 2020 lockdowns, the 3 month average is also at the lowest outright level since the Great Recession. 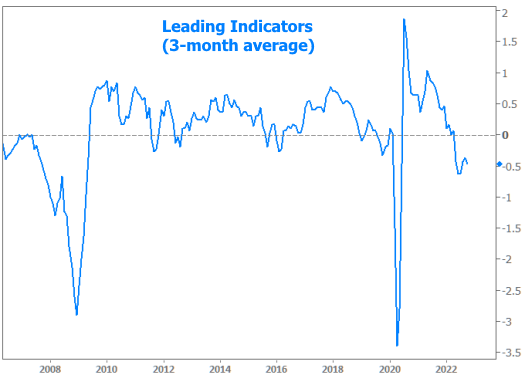 Despite this seemingly bond friendly development, Yields are pushing to the highs of the day so far this morning.