Moderate Weakness Would Be a Victory

In case you missed Thursday's trading session last week, it was epic--one of the biggest single-day rallies on record and the biggest drop in mortgage rates that we've seen since daily record-keeping began in 2009.  There was an initial rally that accounted for most of the gains in the first 10 minutes, then a second wave of buying that took just under 2 hours.  Bonds are starting the new week having given back that 2nd wave. 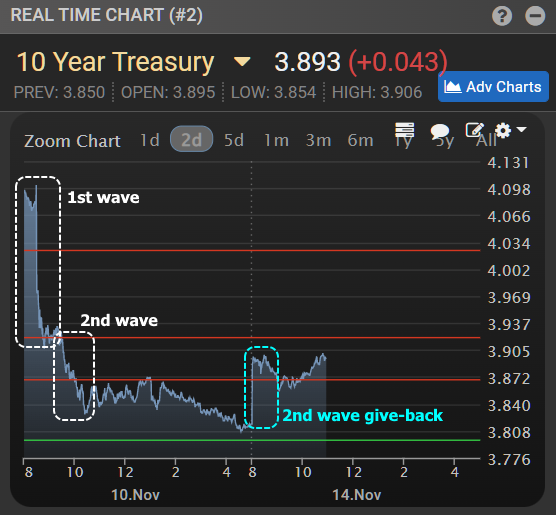 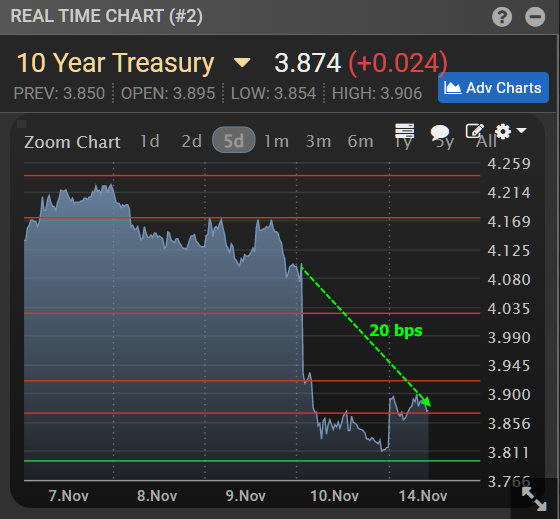 MBS are still a point and a half higher than Wednesday's close. 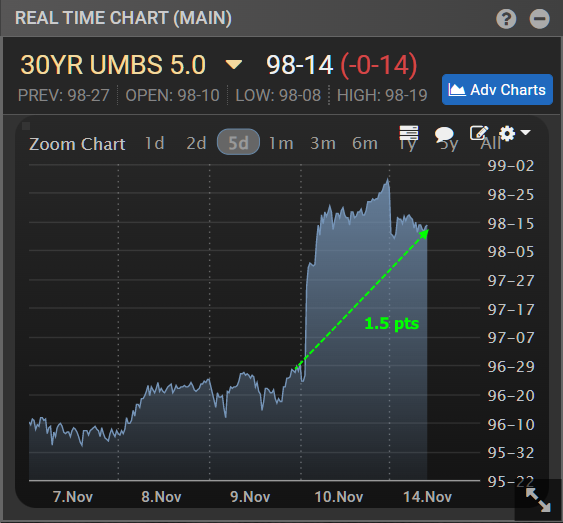 In other words, even if we simply hold in this territory, it would be a victory.  There are no significant economic reports on tap, but several Fed speakers have already hit the wires with no ill effect.  The only headwind so far has been corporate issuance and it's not proving to be too onerous.