CPI Data Resoundingly Delivers on Promise of a Big Reaction

This morning's trading action offers resounding validation of the market's hyperfocus on this particular CPI report.  In a month where the average price of diesel and gas were markedly higher than the previous month, even HEADLINE CPI (which includes fuel prices) was down more than 0.2% month over month.  But the star of the show was the drop in core CPI from 0.6 to 0.3 month over month, much lower than the 0.5 f'cast. This makes the chart look more "toppy" whereas 0.6 or higher would have kept the "sideways to slightly higher" trend intact.

Bonds are in the midst of their best rally since the late September BOE bailout following the UK bond rout March, 2009! 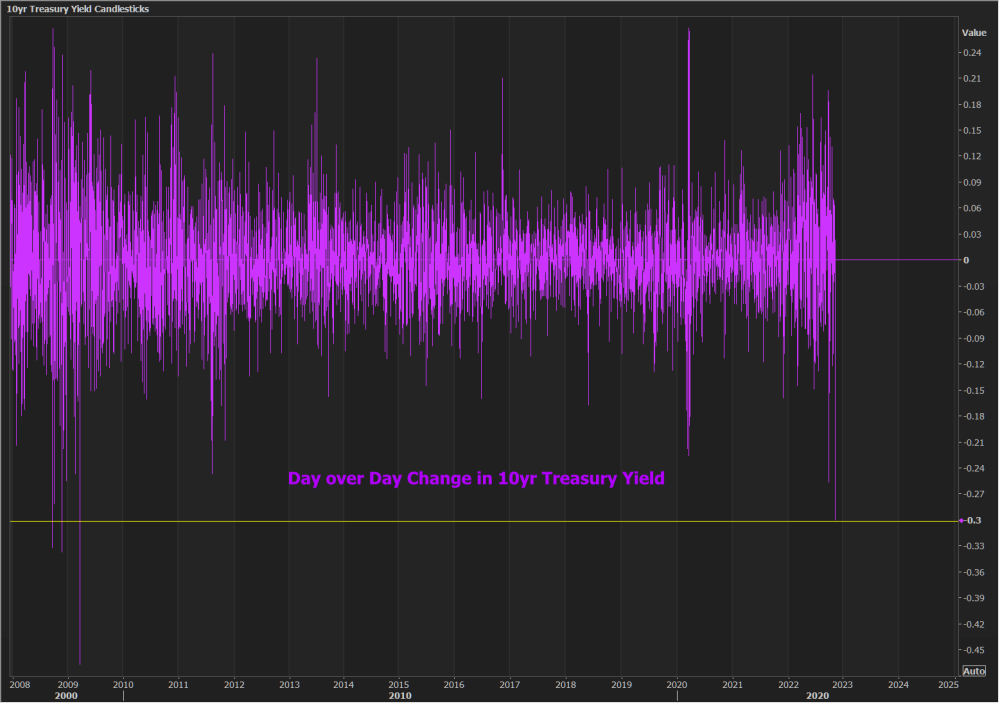 It may have seemed like a bit too much to hope for to see 10yr yields break the lower boundary of the sideways range that we've posted multiple times in preparation for today's data.  I'll admit, even though I was the one saying this was possible, I am still impressed and perhaps a tiny bit surprised at how well bonds have stuck to the script.  But not only did the 3.92% boundary break, it was much more than a half-hearted attempt. 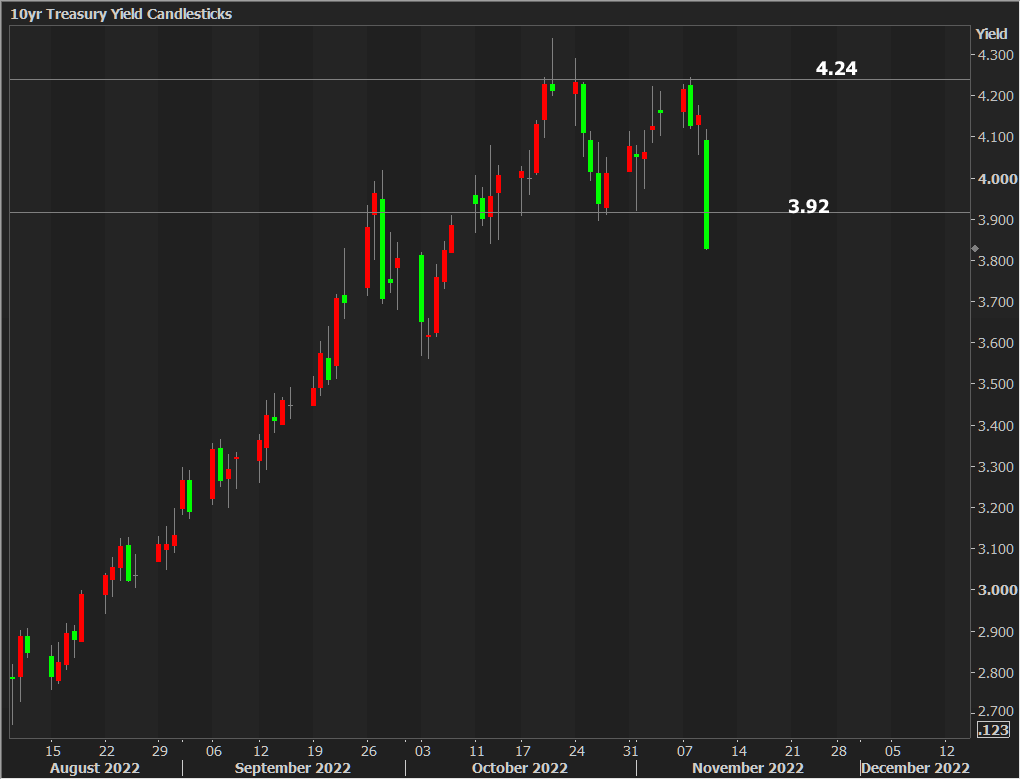 Stocks are also on a tear. This is a customary pattern when the market is adjusting its Fed policy outlook. 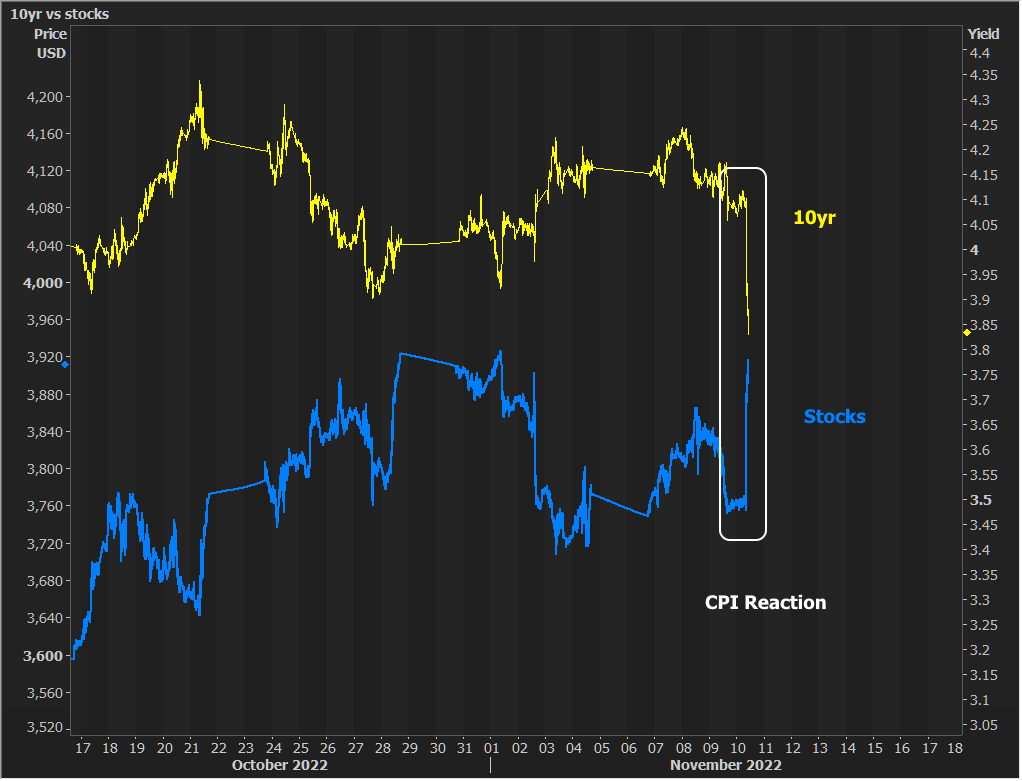 If there were any doubt that the Fed rate hike outlook is the driving force here, check out Fed Funds Futures for next June: 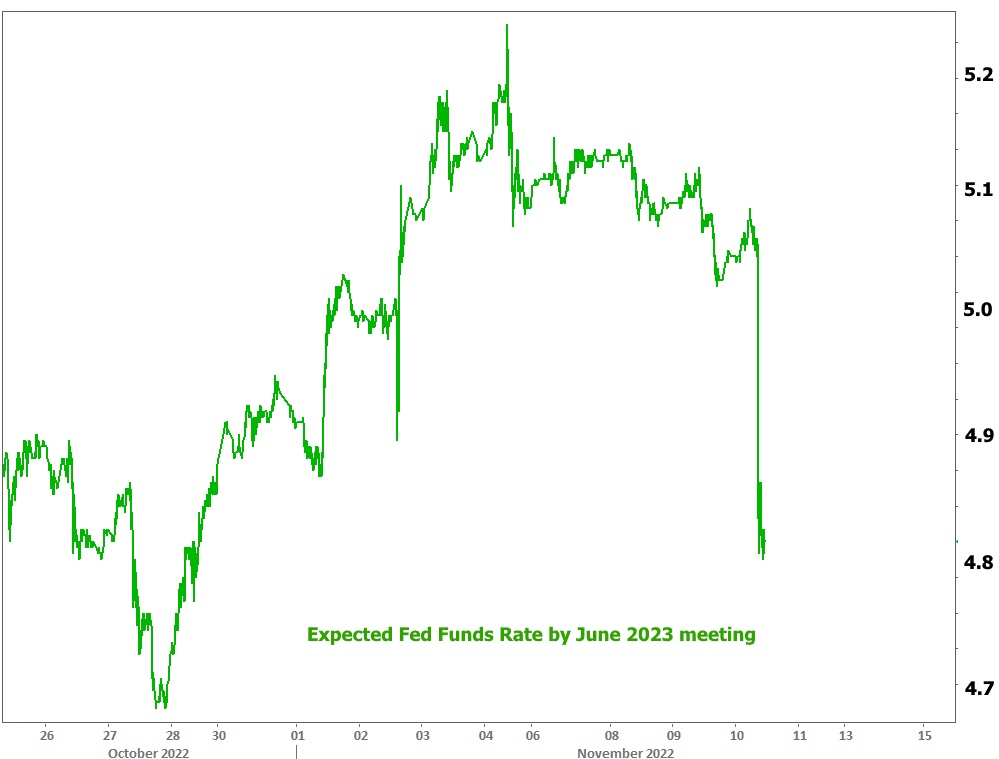 The only challenging question about today is whether we will stick to our notion that it takes TWO consecutive reports like this to definitively shift the narrative.  Jury's out on that--not because we want to jump the gun, but because that's how surprisingly strong this report was.