Powell did as was expected yesterday by acknowledging an eventual conversation about slowing the pace of rate hikes while at the same time reminding markets about inflation's persistence and the data-dependent rate trajectory.  In the Fed's view, if data doesn't start showing slower growth and inflation, the last dot plot was too low and December's will show a ceiling over 5%.  Overnight markets ran with that notion as well as hawkish comments from European central bankers.

10yr yields weren't likely to push the boundaries of their recent trading range on Powell alone, but with today's follow-through, we're getting much closer to the ceiling. 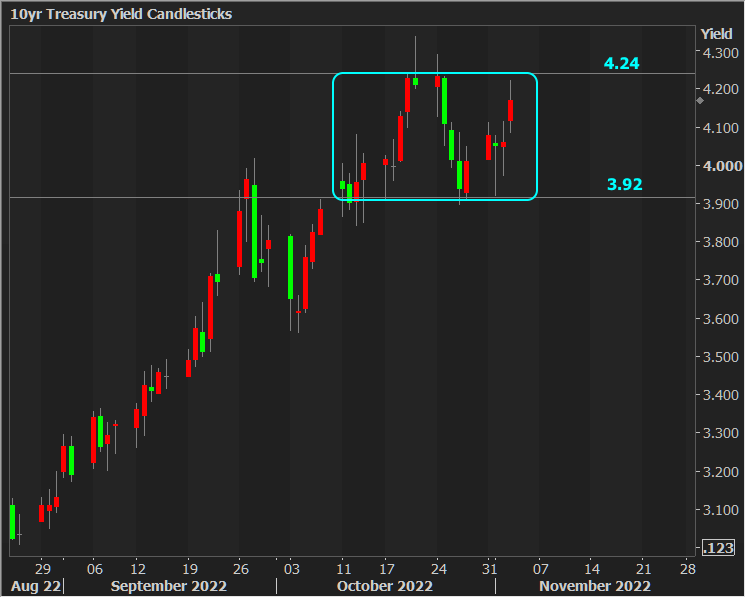 In the days ahead, tomorrow's jobs report and next week's CPI data are critical in adding clarity to Powell's warning.  Even without any economic data, traders have been perfectly willing to ratchet up next year's rate hike outlook over the 5.0% threshold. 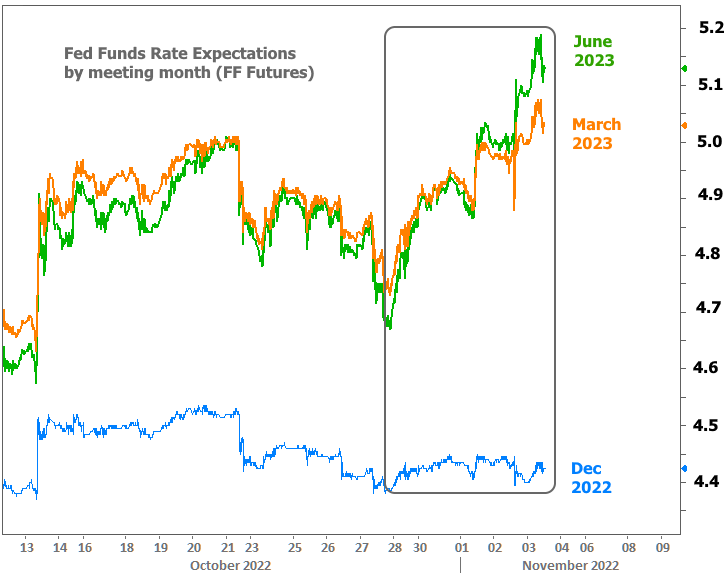 In other news, we've received several requests on the following table of cash-out LLPAs under the current versus new matrices.  The following is directly from the Freddie Mac release, but with the addition of a comparison table that's color coded by the severity of the change. 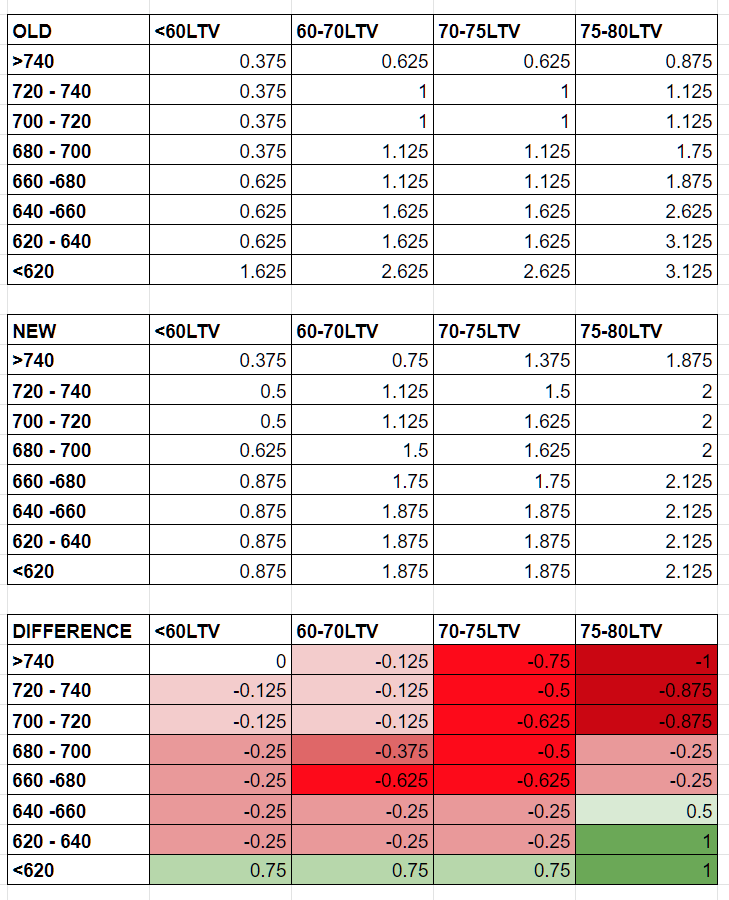