Fairly simple morning so far: the European Central Bank (ECB) hiked its policy rate by the expected 75bps.  There wasn't much of a reaction to that.  But as the press conference gets underway, ECB President Lagarde has repeatedly (and perhaps excessively) discussed the outsized risks of higher inflation, the certainty of additional hikes, and the possibility of balance sheet tightening.  This sparked a quick move into moderately weaker territory after bonds began the day slightly stronger.

The following chart shows the market reaction (unsurprisingly a bigger deal for EU bonds than US bonds) in terms of 10yr yields.  In the context of the past two weeks.  US yields had been leading the way higher and this morning's ECB news prompted EU yields to catch up to the weakness. 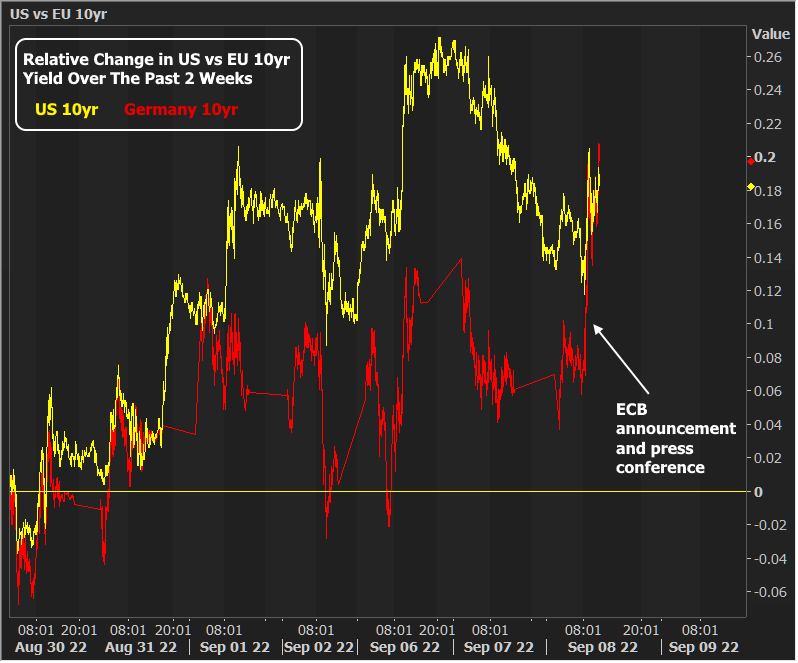 Zooming out to a baseline of late July changes the takeaway.  In this case, we see EU bonds leading the way toward higher yields. 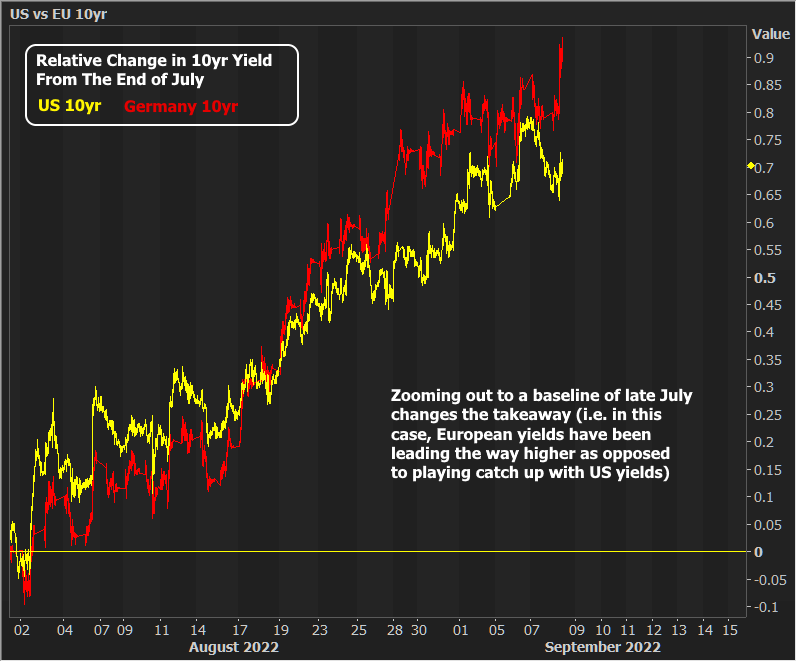 Motivations and comparisons aside, US rates are quite simply still trending higher.  Today's event risk from the ECB marked the first good opportunity for rates to attempt to sneak sideways out of this uptrend, but if that's going to happen, we haven't seen solid evidence so far. 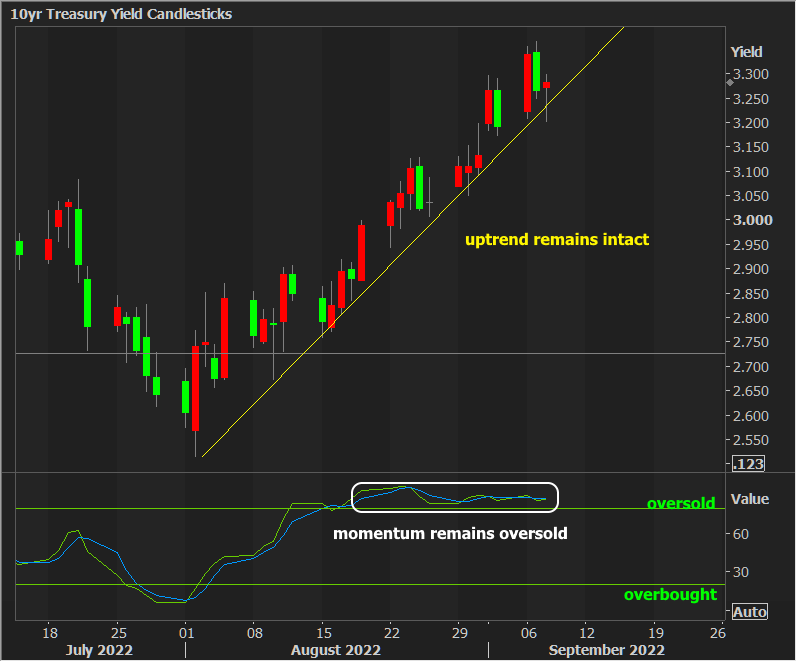