If you've been surprised by the extent to which US bonds have been hit by European inflation reports in the past month, you're not alone.  Granted, the impact on the US is first and foremost a factor of bigger movement in EU bonds and EU bonds have been selling for other reasons as well, but inflation reports have been one of the biggest.  It's interesting, then, to see overnight headlines regarding "record high inflation" in the Eurozone and no major sell-off in the bond market.

Indeed there was a fair amount of upward pressure on EU yields in the overnight session, but most of it occurred at the open for reasons other than economic data.  Most of the selling was done before the inflation data and EU yields are back in line with levels seen before the data came out. 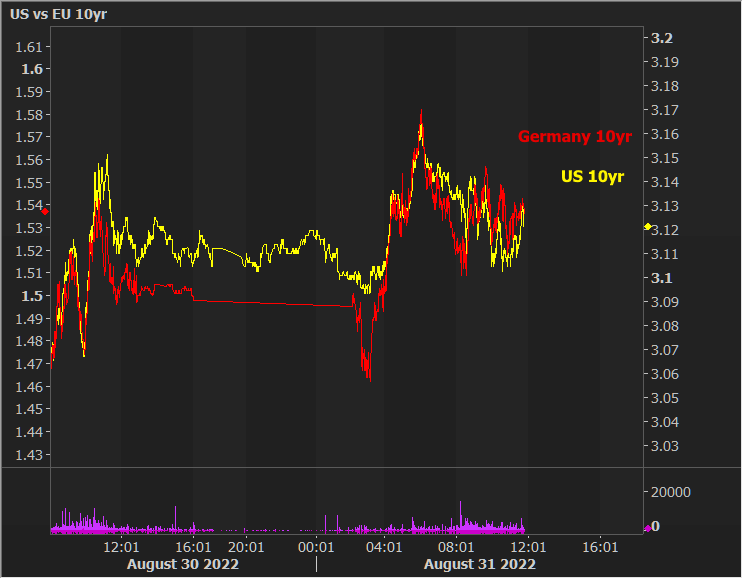 Part of the reason could be that the month-over-month expectation for EU inflation was 0.6% and the actual reading only hit 0.5%.  The 9.1% year-over-year reading was right in line with the forecast, even though it was a record high.  In other words, the record high was the forecast, and that likely served to limit the impact.

Domestic data has been unimportant and bonds are generally sideways today, trying to hold under the 3.13% technical level.  In the context of recent weeks, there's also a case to be made for a moderate uptrend in yields, so we wouldn't sleep on 3.13%.  There's also very prominent resistance emerging over the past 2 days at 3.104.  All bullish bets are off until and unless that's broken. 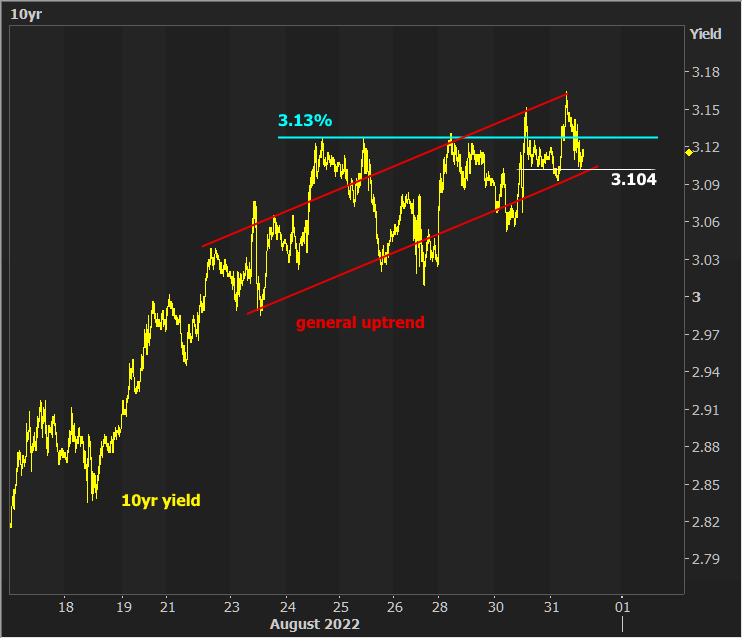 In other news, let's check in with MBS liquidity since we haven't done that in a while and since 6.0 coupons came up in chat this morning.  The chart should speak for itself, but the big takeaway is that 5.5 and 6.0 coupons are not remotely close to being liquid. 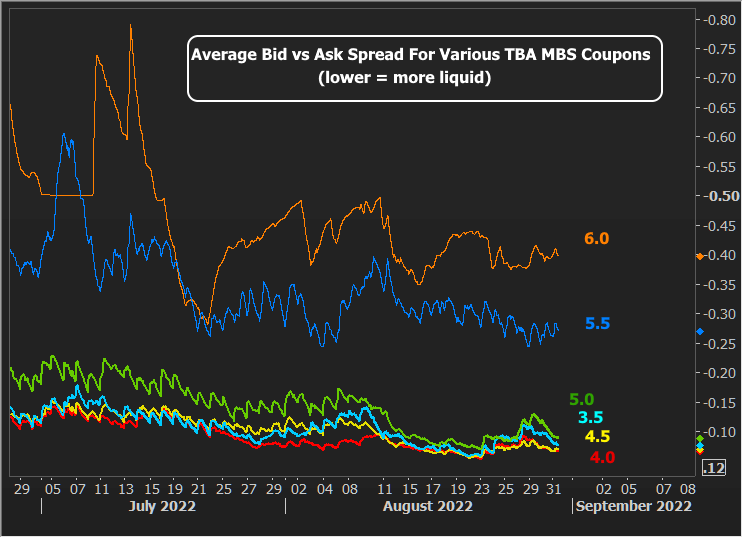 5.0s are doing much better than they were, but if we remove the outliers and re-flow the y-axis, there's still a meaningful gap between 4.0, 4.5 coupons and the rest. 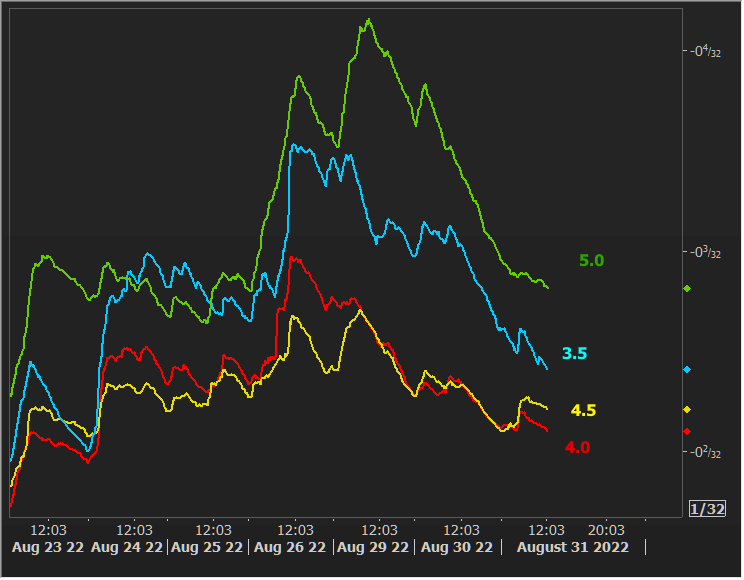