Bonds Avoid Getting Too Carried Away Ahead of Fed

July has been a month with a decidedly European flair for the US bond market.  Sure, there's been plenty of inspiration from domestic inflation data and Fed policy, but much of the remaining momentum has come courtesy of Europe.  In general, that's been a good thing as European recession concerns have pushed bond yields lower.  Today is just another installment with 10s down 6bps to 2.745 and MBS starting out up more than eighth. 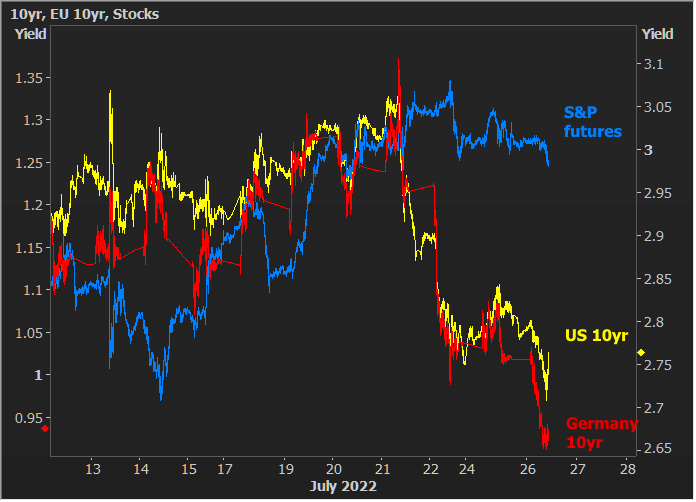 As can faintly be seen in the chart above, 10yr yields may have rallied initially, but they're bouncing fairly noticeably since roughly 9:30am.  The bounce coincided perfectly with the lowest relevant technical level on our list at 2.71.  Since moving above in April 2022, yields have been unable to break that floor. 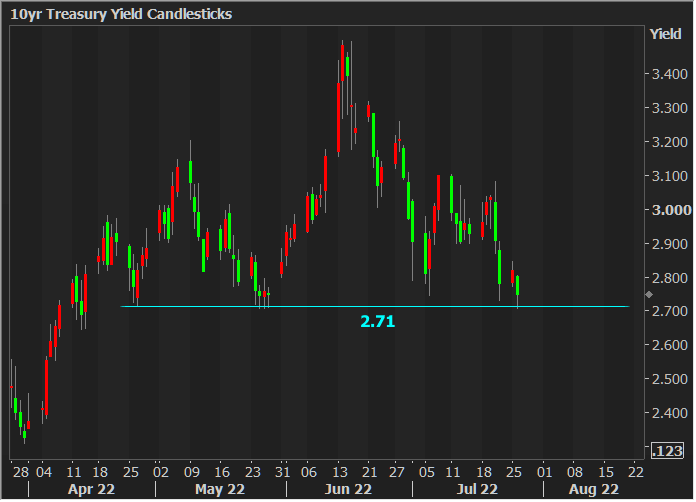 The implication is the same as it ever was (same as it ever was), at least in the month following June's probable rate peak.  Simply put, the prevailing momentum has been and will continue to be mostly sideways until the data give a clear indication that price pressures are subsiding.  It's also possible that economic indicators become gloomy enough to convince markets that price pressures can't help but subside.  The latter could induce a slow trickle below technical floors.  Either way, bonds aren't likely to make any bolder attempts at range breakouts before tomorrow's Fed announcement.