MBS Live Morning: Closely Watching For Signs of a Ceiling

Bonds shook off a bit of weakness in Europe to start the new week in slightly stronger territory.  Gains have continued into domestic hours, which brings yields closer to Thursday's lows.  Breaking below those would mean we're at the best levels in 3 weeks.

Ever since breaking above 2.40% (10yr) in March, we've been watching and waiting for signs of a rate ceiling.  Those efforts have been been with a series of disappointments and additional runs toward higher rates.  That said, each attempt to solidify a ceiling has been incrementally more compelling, even if only just.  This morning's strength means this attempt fits the same pattern.

What signs are we looking for in order to confirm a shift?  First off, we have to keep in mind that even if bonds meet our criteria for a shift, changes in the data shift things right back toward higher rates.  Inflation continues to be the biggest issue and it has to continue to ebb in order for rates to hold a ceiling.

Beyond that, we can use some technical milestones to benchmark the progress.  One of the broader indicators we've been tracking is the trends in stochastics seen in the chart below.  In a nutshell, the conditions that need to be met are as follows:

1. Stochastics need to gap up from overbought levels and trend toward oversold territory without a major correction.

2. After hitting oversold territory, the reversal needs to break the yellow trend line and continue back to the lower (overbought) line.

Historically, both the breaking of the trendline (gray vertical line) and the return to overbought levels (teal vertical line) have been good signs in the bigger picture. 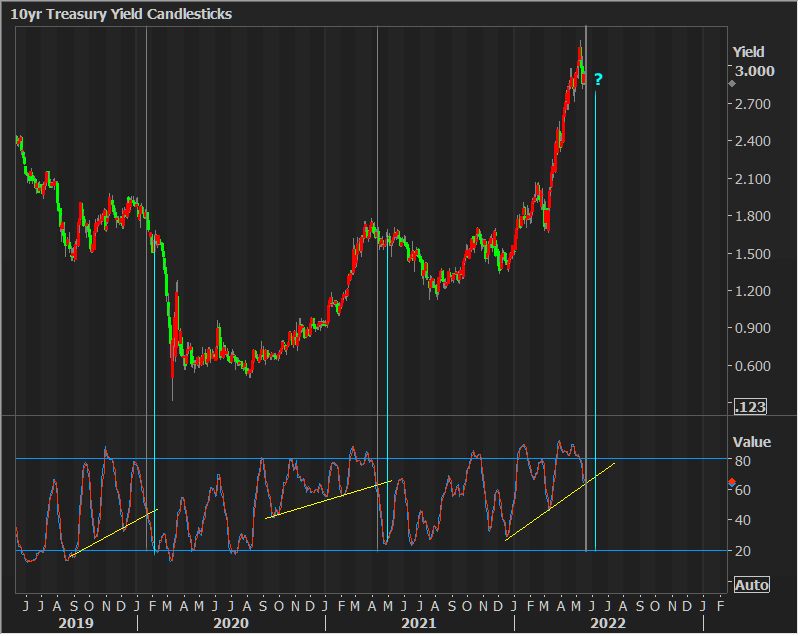 The only big issue with this analysis is that there are limited pertinent examples.  Here are a few others followed by some thoughts on each. 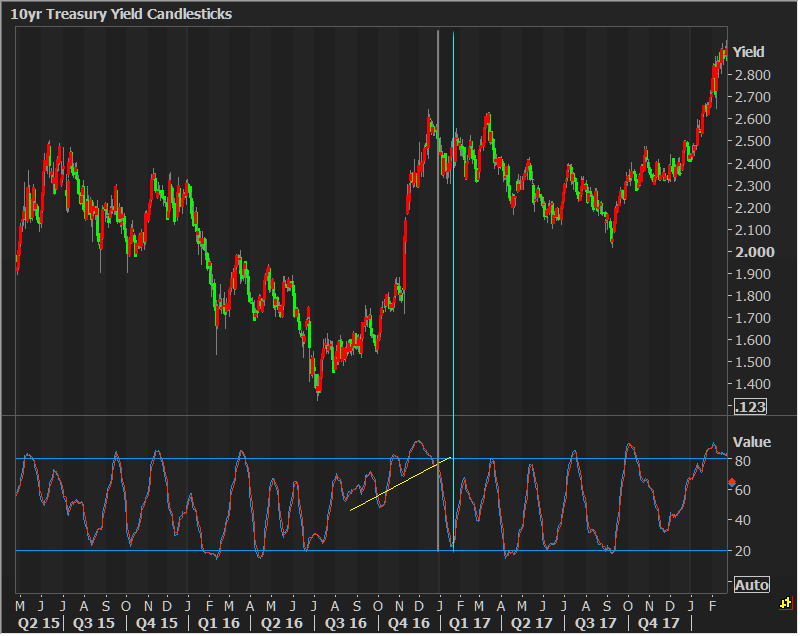 The most noticeable difference in the 2016 example is that it didn't portend a big, immediate correction.  It basically did the bare minimum to count as "confirming a ceiling." 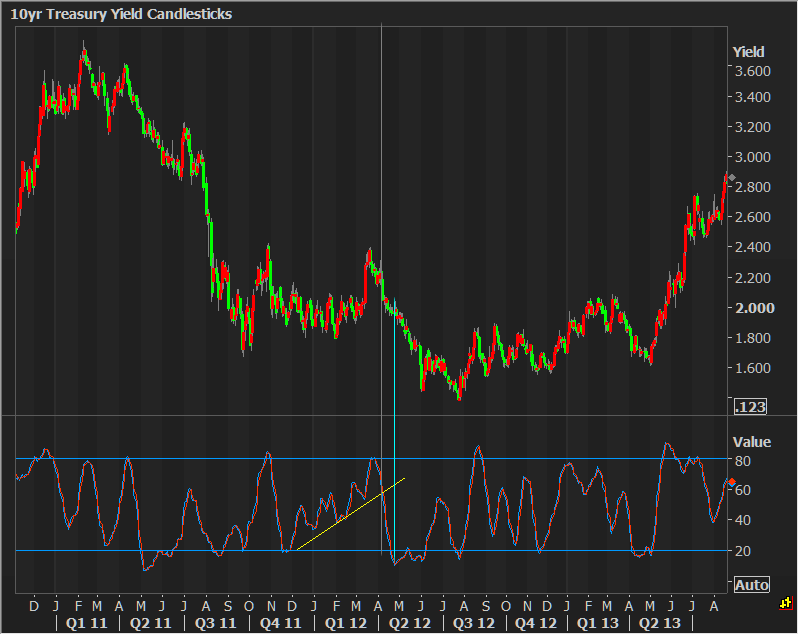 The 2012 example is less than ideal because market conditions were so different compared to 2016 or the present.  The stochastic trend emerged in an excruciatingly flat market which, in my mind, means I probably wouldn't pay any attention to this one.  Still, it is the next most recent example that fits the formula.  It definitely confirmed a ceiling, and both milestones (gray and teal lines marking the technical breakout and the overbought level) resulted in additional gains for bonds.

We're basically just now getting to our "gray line" levels today, so we have a ways to go before confirming the pattern as seen in the teal lines in the charts above.  If we want to think about all this in more basic terms, plain old pivot points are still useful.  On that note, 2.83 and 2.72 are the only obvious games in town. 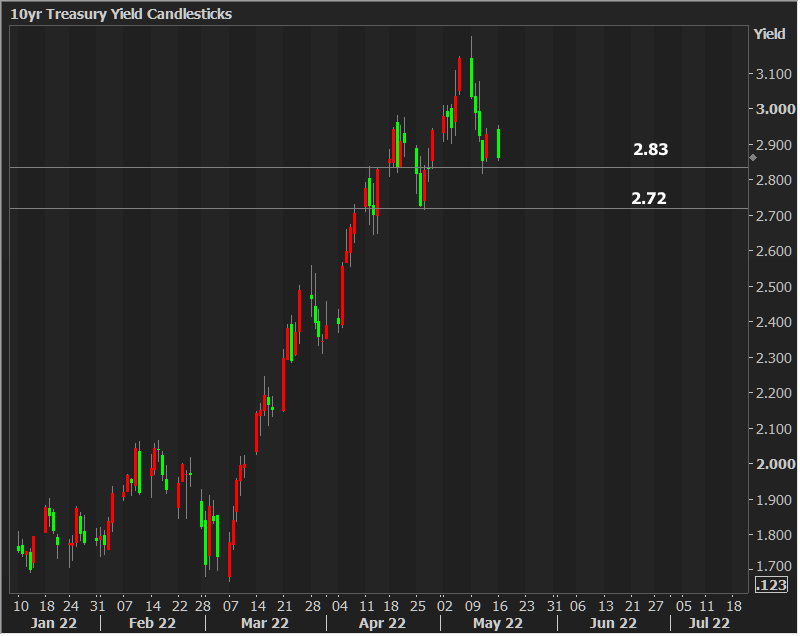