In addition to bringing the typical big market movers scheduled for the first week of any given month, we'll also get a fairly important Fed announcement on Wednesday.  The market views a 50bp hike as a foregone conclusion and generally feels the same way about a balance sheet normalization announcement.  The latter is subject to some variability in terms of how the Fed implements it although the baseline is as easy as looking at the minutes from the last meeting.  Any deviation from that could prompt a reaction in a logical direction (i.e. if the Fed's normalization caps are lower than $35/60 bln for MBS/TSYs respectively, that could be good for bonds).

Perhaps even more important than the Fed announcement itself is what the market reaction reveals about how well traders were positioned for the Fed.  After all, the hawkish changes are already assumed (at least we assume they are!), so what's left to trade if not for the momentum and technical landscape created by other traders as they digest the news?

To be sure, the Fed's balance sheet normalization narrative has been the key source of motivation toward higher rates over the past month.  This can be seen in the following chart of yields versus inflation expectations.  If inflation were the driver, we'd see the lines in the lower half of the chart moving up instead of staying flat.  We'd also see the green line in the upper portion of the chart holding flat instead of moving up. 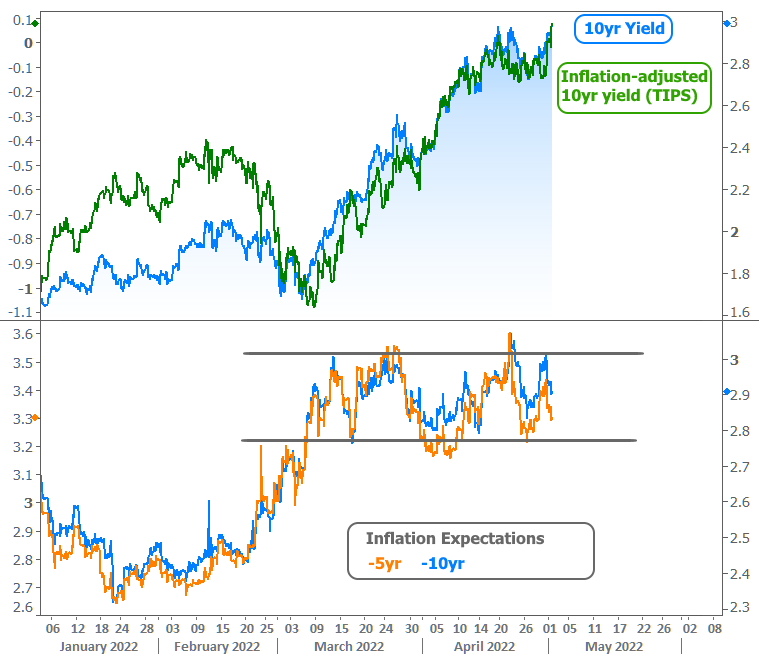 Normalization is particularly problematic for the mortgage market as the Fed represents a bigger percentage of buying demand for newly originated MBS as opposed to Treasuries.  Keep in mind that much of the weakness expected in response to normalization has already been priced in.  Once it becomes official, spreads can find their range.  There could be a bit more weakness to come, but once yields stop rising, we'd expect MBS spreads to moderate. 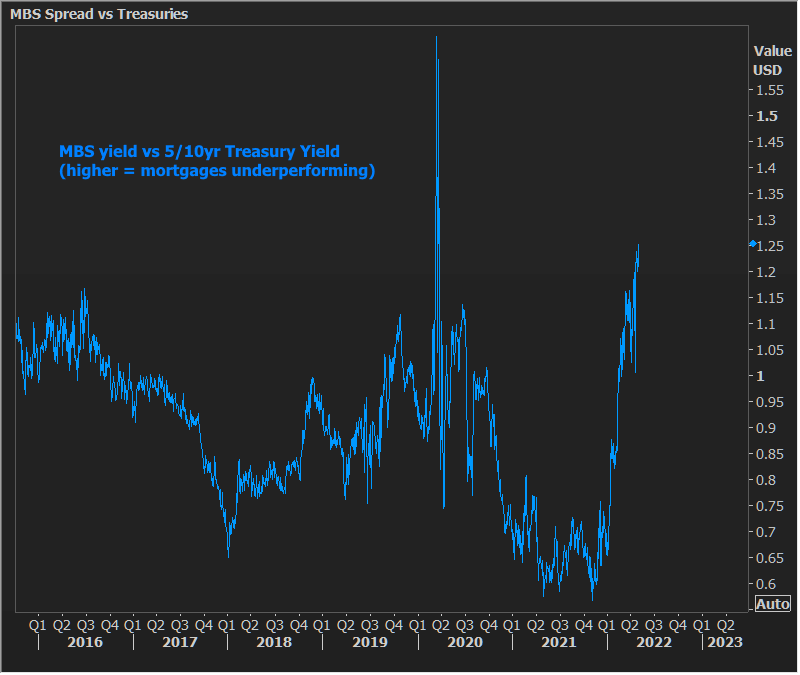