The line of traders waiting to buy Treasuries is as long as the line of trucks waiting to invade Kyiv.  As long as the world is convinced that things will get worse in Ukraine before they get better, bonds will remain well-bid.  The overnight session saw 10yr  yields fall as low as 1.714.  They bounced modestly at the domestic open, but remain much lower in early trading.  Shorter-dated bonds are doing even better as they reflect ever-decreasing odds of overly aggressive rate hikes from central banks this year.

Notably, the market continues using both oil and Treasuries as a safe haven hedge against military escalation.  This makes logical sense, but the two metrics would normally be moving in the same direction due to oil's inflation implications (with the thought being that higher inflation = higher rates). 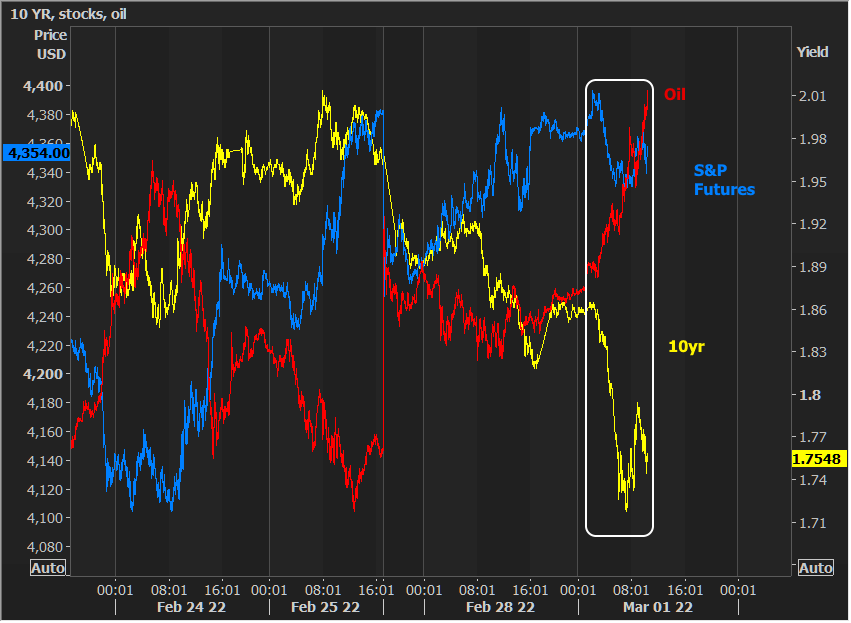 All that to say that the yellow line would be going even lower if the red line weren't moving so much higher.  This isn't just speculation.  We can see it in real time in charts of Treasury Inflation Protected Securities (TIPS).  TIPS tend to be well into negative territory when the Fed is buying a ton of bonds.  Their only major stint in positive territory since the dawn of QE was in 2018-2019 when the Fed's balance sheet was actually shrinking.

Perhaps we were on our way back above 0% TIPS yields, but the Ukraine situation has caused a quick drop.  This speaks to the aforementioned flight to safety as well as the implications for global growth.

If we subtract TIPS yields from actual cash yields, we're left with the level of inflation that the market is betting on over the time frame of the bond in question.  In other words, the bottom half of the following chart shows 5 and 10 year market-based inflation expectations. 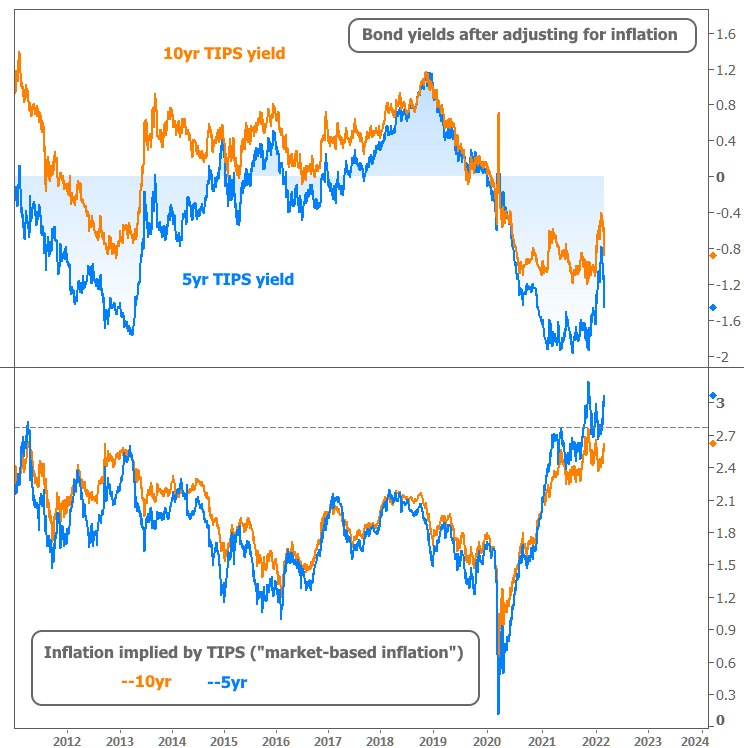 The large time horizon of the chart above makes it hard to see just how obvious the inflation reaction has been to Ukraine.  But if we zoom in on the past 2 months and put each line on its own axis, all is revealed. 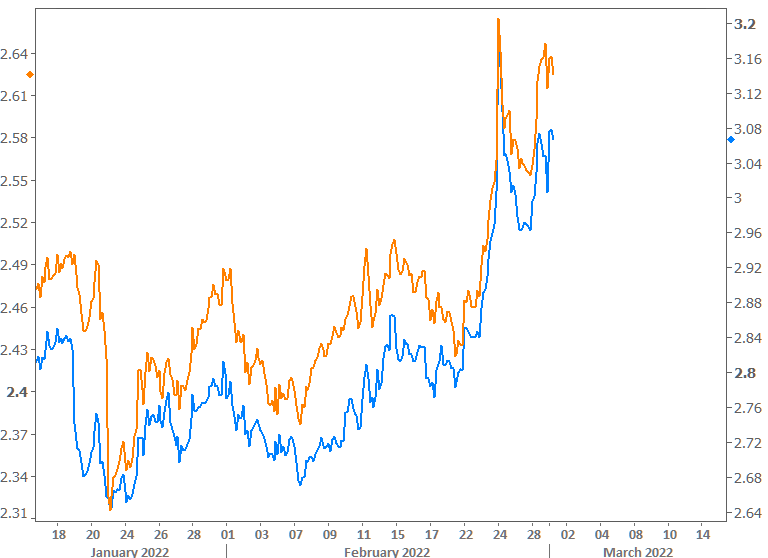