Last Friday's big news involved a series of headlines suggesting imminent Russian invasion of Ukraine.  This sent stocks and especially bond yields plunging to the lows of the week.  Markets flew a holding position overnight, but were ready to explore even lower lows without some sort of reassurance.  Early comments from Russia's Foreign Minister offered enough reassurance to push yields 5-6bps higher so far this morning.  This suggests bonds are still fairly well tuned-in to geopolitical risks.

This is more noticeable for longer-dated yields as opposed to Fed rate hike expectations.  Here's how the past 3 business days have shaped up for 10s at home and abroad (US in yellow and EU 10yr relative movement in red): 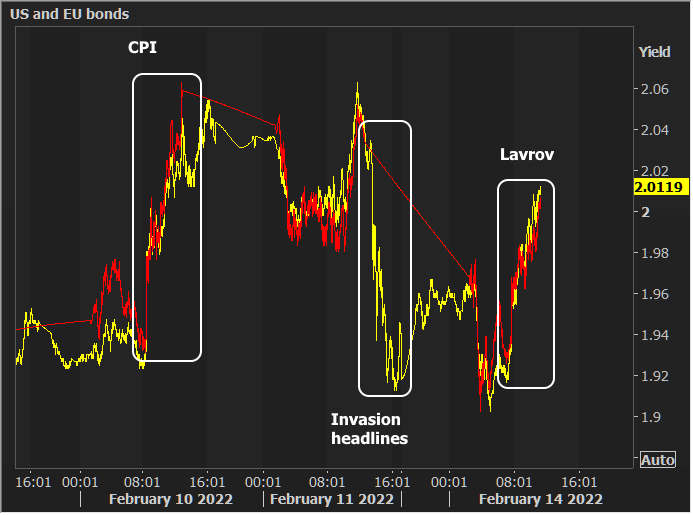 Contrast that to Fed Funds Futures which never moved as much initially. 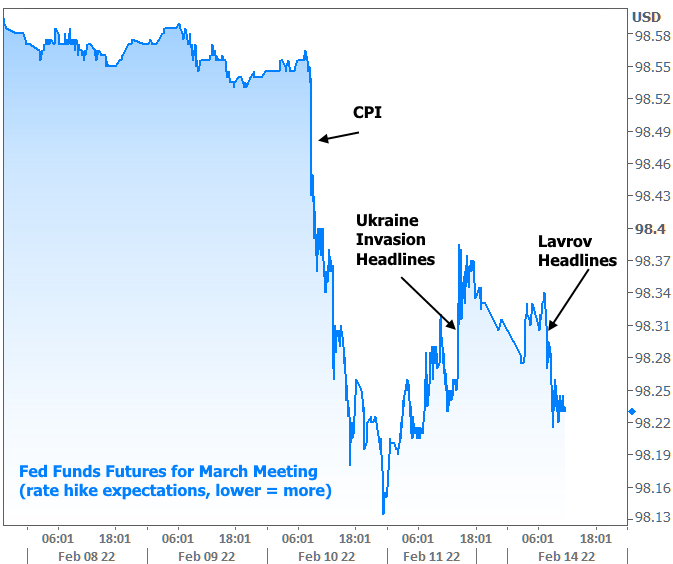 Moving forward, the past few days of volatility have given us confirmation of several nearby technical levels.  2.06 was already on the radar, but 1.91 and 1.97 would be the two important rally targets (in the event bonds can find a reason to rally). 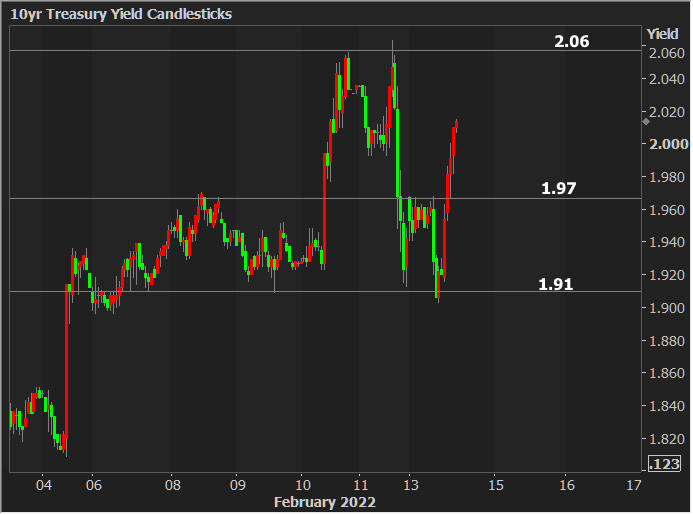 There is no significant data on tap today, but tomorrow brings the Producer Price Index.  This isn't nearly as much of a market mover as CPI, but inflation sensitivity is high enough that it could have an impact whereas we typically wouldn't even entertain the notion.

Beyond that, if Russia invades Ukraine, expect some token reaction in the long end of the bond market.  Bond-friendly follow through would depend on the nature of US involvement and the overall scope of the conflict (anything like 2014's mini-coup would be uneventful for markets).