Since coming off the highest rates in more than a decade in November, bonds ran into resistance just before the end of the year.  That resistance coincides with 10yr yields in the 3.40-3.42 neighborhood.  While we did see slightly lower levels earlier this week, it seems we can't yet say that a definitive breakout has taken place. 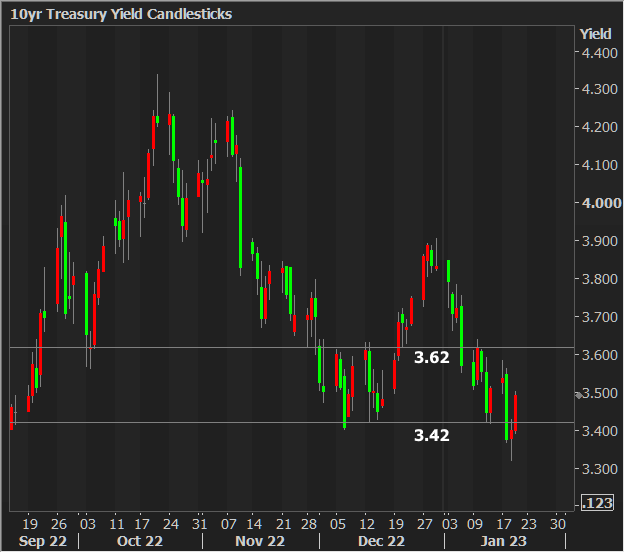 Part of the hesitation in longer-term bonds could be due to the absence of a clear commitment in expectations for short-term rates.  Specifically, the market increasingly believes that the Fed will keep rates higher for longer even though they don't see the Fed getting "over 5%" as most Fed speakers have suggested.  The following chart of Fed Funds Futures for September shows more of a consolidation of expectations as opposed to an outright shift. 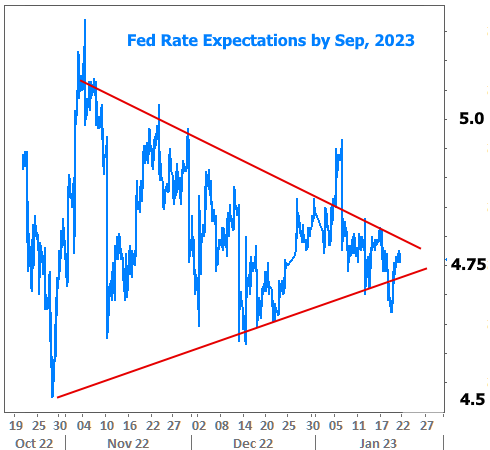 There's nothing too meaty on the calendar today, nor at the beginning of next week.  Traders may have to hear from the Fed the week after that before committing to the range breakout.