Circling The Wagons Ahead of Thursday's CPI

"Circling the wagons" isn't a particularly specific term in the realm of financial market commentary.  It's just a simple way to say that bonds had been doing one thing and are no longer doing that thing.  The motivation for the change can be that the previous thing had run its course or that the next thing carries big two-way risks.

In this week's case, both are true.  Bonds had a strong rally impetus on Friday.  There was some follow-through on Monday, but also some early signs of resistance.  With a big two-way risk on the horizon in the form of Thursday's CPI, it's no surprise to see traders circling the wagons.  We can even make a case for 3.51% as a reasonable technical level for a bounce based on its behavior as a pivot point in December.

The next technical zone is very wide, ranging from 3.63 to 3.76, but the wagons should be circled somewhere inside that zone. 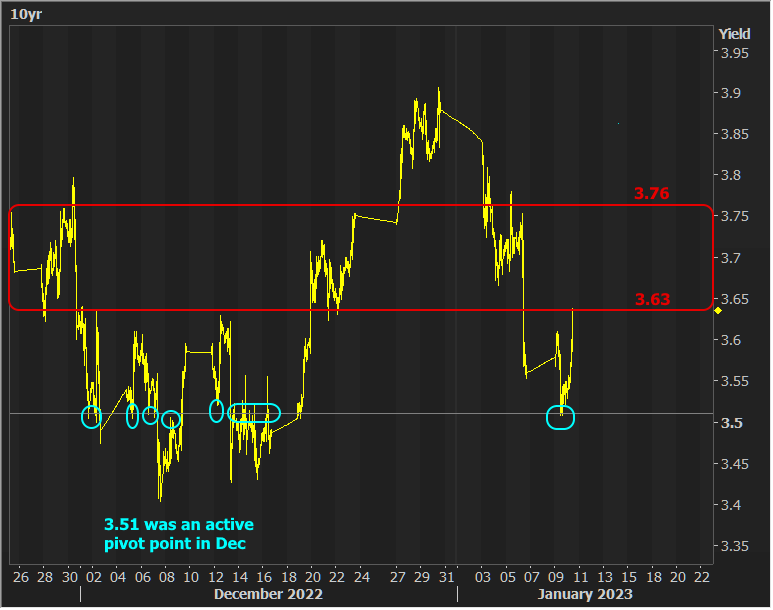