Last week brought a series of economic reports that took the bond market in both directions.  Thursday's data pushed yields somewhat higher, but Friday's NFP/ISM combo created the best single-day bond rally since November's release of the October CPI data.  That CPI report back in November set in motion the series of events that may add up to a confirmation of a big-picture turning point for interest rates.  The next CPI is due out this Thursday.  The right result would go a long way toward finalizing that confirmation. 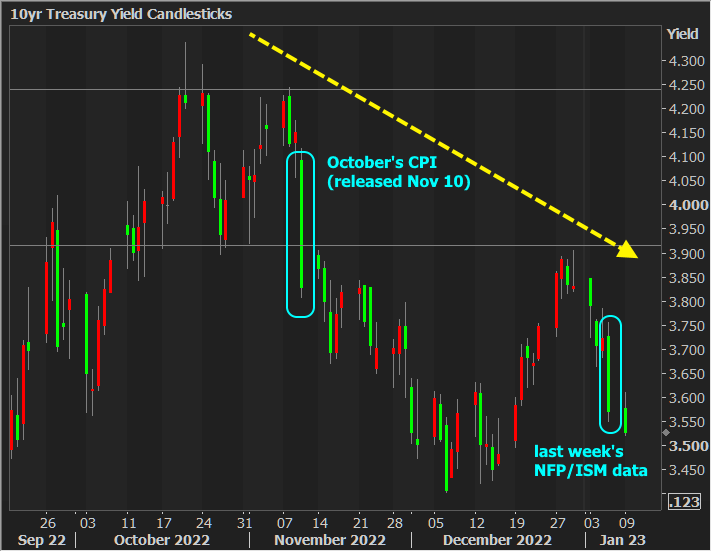 Recent gains leave yields conspicuously above the early December lows.  Some of that hesitation can be chalked up to seasonal trading patterns, but markets genuinely don't want to get too far ahead of themselves without unequivocal confirmation from the data.  Traders would also want to see the Fed doing a bit more to acknowledge that their persistent "tough talk" is eligible for softening on a more logical timeline depending on the data.  For example, right now we have Fed speakers saying "no cuts until well into 2024"--something that is completely at odds with market expectations.

It's fine for the Fed to hold such ideas as a baseline assumption, but bonds would take some solace from a simple acknowledgement that the right combination of data could drastically change the baseline--even if the change is simply to stop hiking a bit sooner than expected and a slightly lower-than-expected rate ceiling.  Either way, breaking below 3.40% and holding those gains would be an important step and/or a solid piece of evidence in the confirmation process. 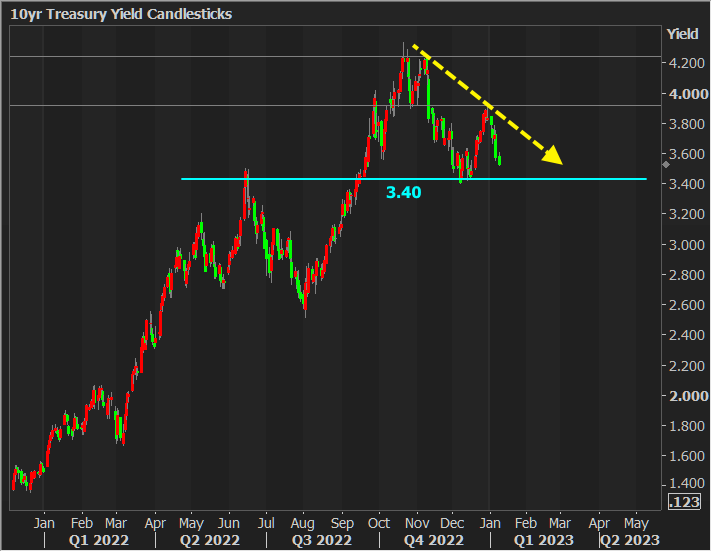