MBS Live Day Ahead: Bonds Carving Out a Low Range With No Concern Over Stocks

Last week did a nice job of confirming a ceiling in Treasury yields after the previous week saw rates move sharply higher.  At the same time the S&P hit a new record high and covid numbers continued to level off.  Now at the start of the current week we have more upbeat covid-related news (FDA approved plasma treatment), another surge to new all-time highs in stocks, and a bond market that doesn't appear particularly concerned with either. 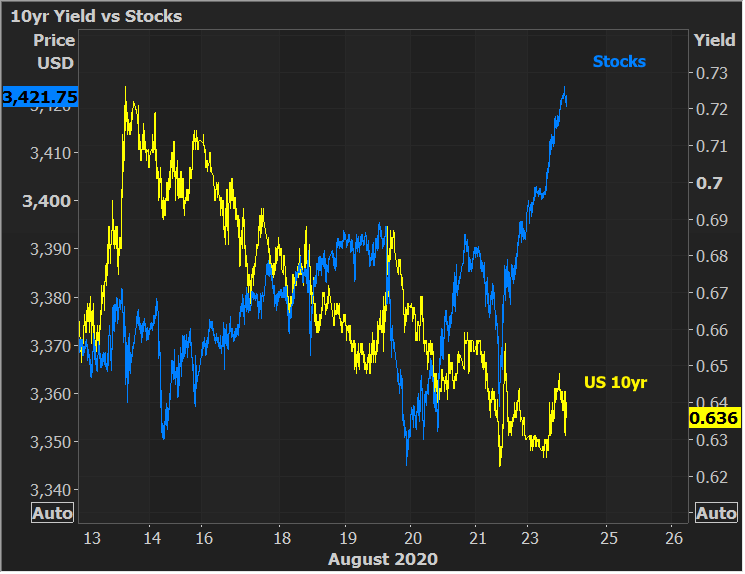 What's going on here?  Why are bonds willing and able to make these nice, linear gains over the past week without regard for the things that strongly suggest they do the opposite?

The first and most basic explanation that comes to mind is that of 'technicals.'  This has come up quite a bit recently in the context of yield spike 2 weeks ago followed by last week's steady push back toward stronger levels.  The net effect was a bounce at a ceiling level of .73% in 10yr yields which, if nothing else, gives us a defensive line in the sand to watch in the event the good times start rolling in the other direction any time soon. 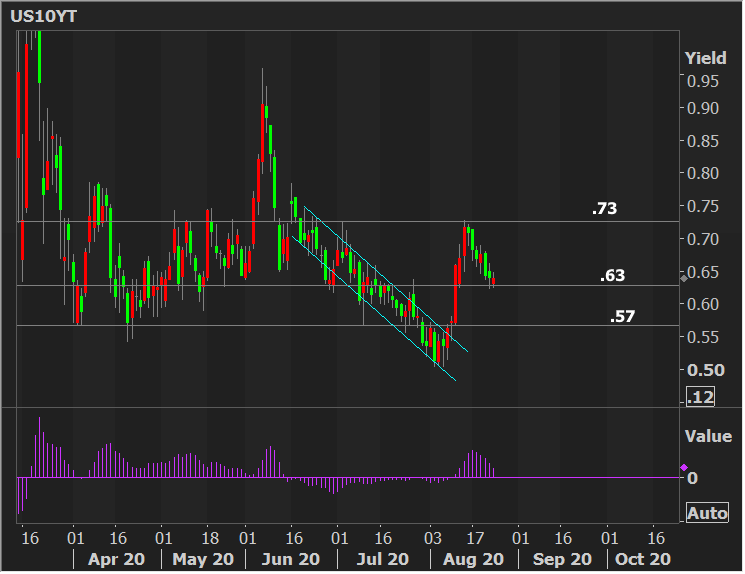 The discussion on the technical breakout went hand in hand with increased supply in the bond market.  The big red week also played host to a big glut of Treasury and corporate bond issuance.  This week sees a similar glut although without as much emphasis on duration (i.e. this week is 2, 5, and 7yr Treasuries as opposed to 3,10, and 30).

The econ calendar is another consideration--not so much for the past 2 weeks, but going forward.  Reason being, we saw probably the most salient reaction to econ data we've seen in months this past Friday (from Markit PMI data of all things).  Granted, that's a pretty timely data series compared to anything on tap for this week (i.e. Durable Goods is this week's biggest report, but it covers the month of July whereas last week's PMIs covered August).