Here's one of those NFP mornings where it would have been very hard to predict what we're seeing in bonds based on what we've seen in the NFP numbers.  The jobs report itself was solidly stronger than expected, but bonds spent almost no time moving toward higher yields in response.  Instead, they're in the middle of a fairly strong rally.  What gives?

There are several factors in play that can help reconcile the move.

1. Overnight data in Europe was very weak, and bonds rallied in response

2. The prevailing bounce back in Chinese equities stalled out today after a strong showing yesterday.  Some suspect the country is confirming new coronavirus cases as fast as their infrastructure will allow, and that's the only reason the pace of diagnosis appears to be leveling off (because 3000 new cases a day is a lower and lower percentage as the total climbs)

3. As discussed yesterday, the biggest risk to the strategy of selling bonds after NFP this morning was that it was too obvious.  Surveys and technicals all suggested additional weakness, and when things are that obvious, we often see a contrarian move (because no one makes money if everyone is making the same bet).  Indeed, the nature of the post-NFP trade would seem to indicate that the smart money was, in fact, in line to BUY bonds regardless of the NFP outcome. 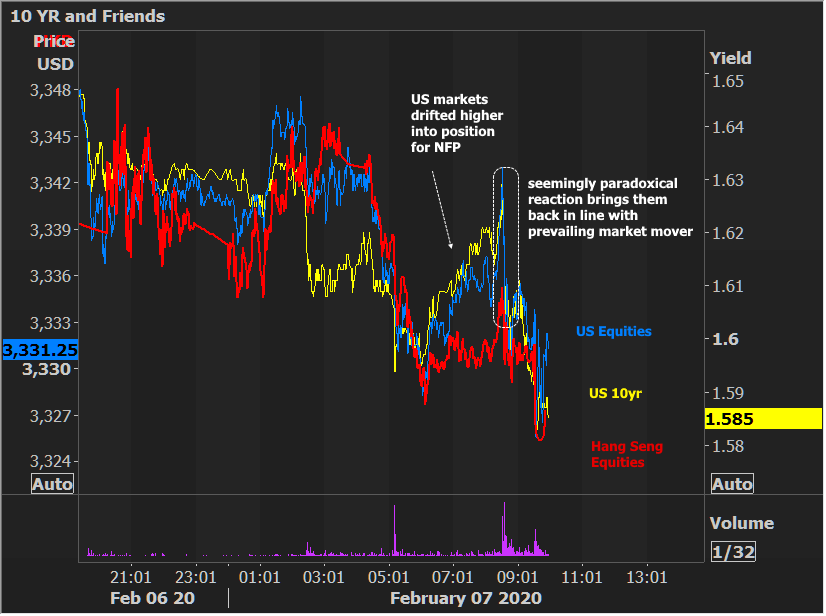 All of the above creates a terribly fascinating and somewhat complicated read on the technicals heading into the weekend.  Most critically, the 1.67% ceiling in 10yr yields looks as if it will be easily defended today.  We may even be able to hold below the next pivot point at 1.60%.  If that's the case, it's a bit of a game changer in the short term, and it could indicate a much greater willingness to "hang-out" in this new, lower-yield range to assess the anticipated impacts of coronavirus on the global economy. 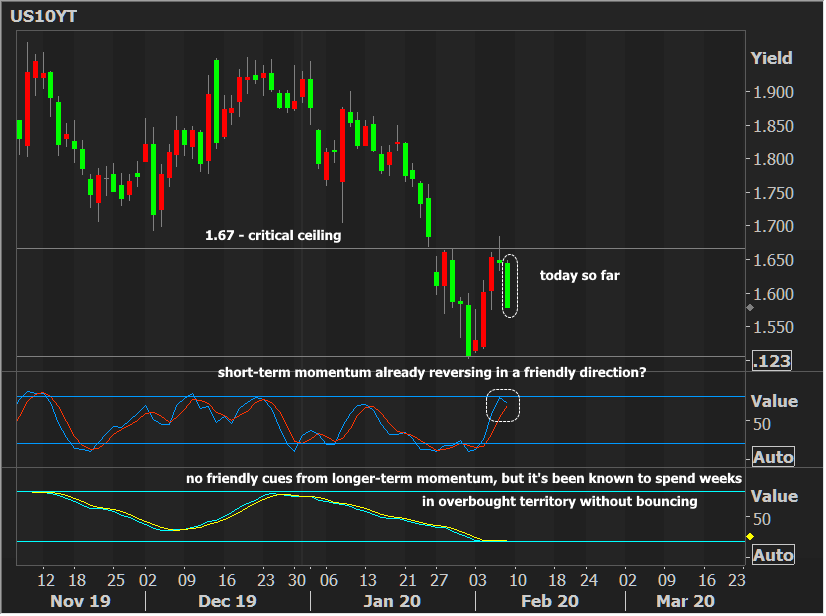