Bonds were unchanged on Friday after selling off aggressively on Thursday.  At first glance, that could be taken as confirmation of the weakness, but it was a thinly-traded post-holiday session that suggested the proverbial jury should remain out until the new week.  Now today, bonds are trading the exact same range as seen on Friday.  In that sense, we're seeing additional confirmation of last week's big sell-off. 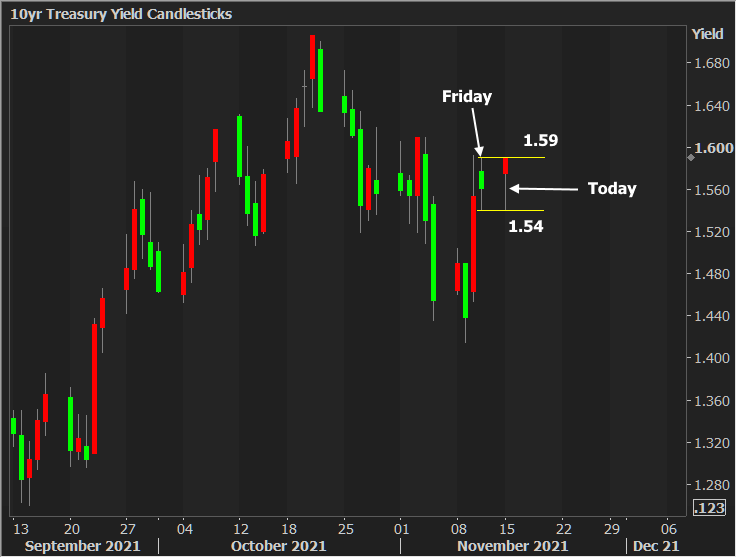 The other way to look at the situation would be that bonds are holding their ground rather well considering the fundamental inputs and shifting Fed policies. 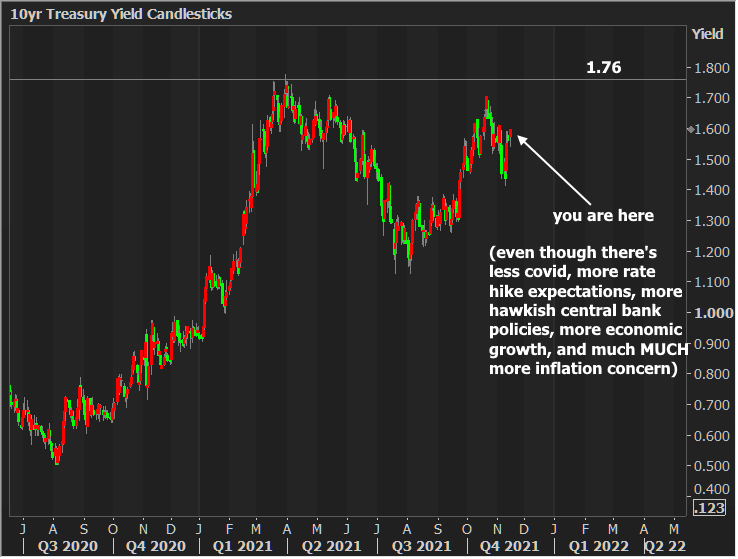