Friday begins with a stronger-than-expected jobs report, including big positive revisions to the past few months and another drop in the unemployment rate--all things that would typically be bad for the bond market.  While bonds did initially sell off a bit, they're moving well into positive territory in the first few hours of trade.

With the new gains, we've updated the key levels meter to reintroduce some familiar faces from the past.  1.52% remains in play, but now as a ceiling.  It put in an impressive performance as a floor leading up to today's breakout.  In fact, in that sense, we'd really need to see Monday's trading remain under 1.52% to confirm the breakout.  From there, 1.46% is the next rally target. 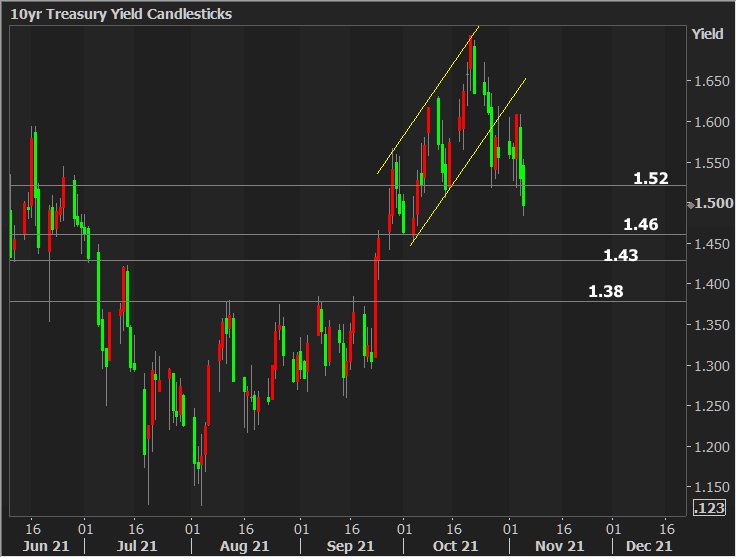 As far as nitty gritty movement is concerned, there are 2 key considerations (at least).  The first is seen via the dual rally in stocks and bonds.  This is a classic symptom of a market that is reading the Fed as more dovish than expected.  In other words, the market was expecting tougher talk from the Fed on rate hikes even though it knew tapering was a foregone conclusion.  The language used in the taper announcement also left room for the NY Fed to buy more bonds if it desires.

The other consideration is the British bond market, which has been providing a good amount of leadership in the past 48 hours following it's own central bank's dovish policy announcement. 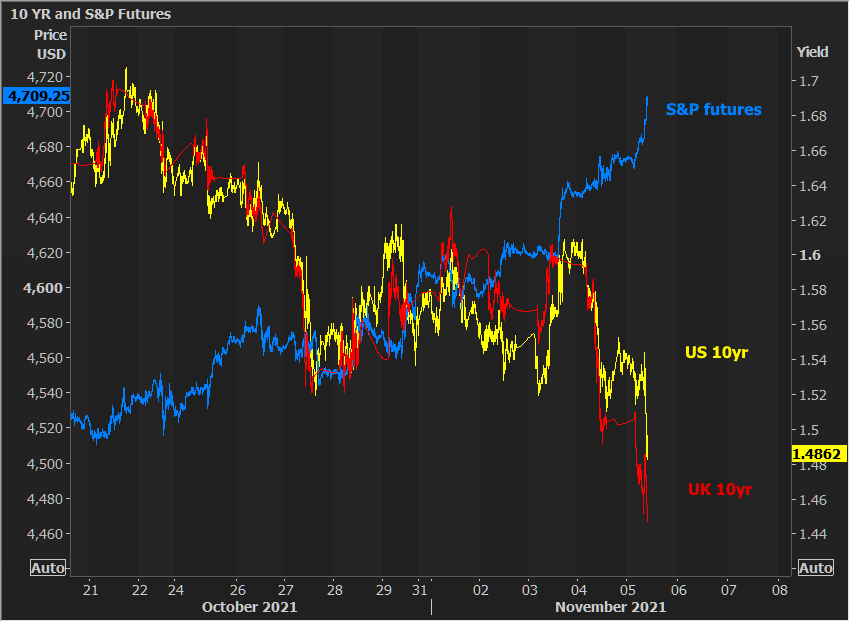