Some Nuances in The Existing Home Sales Data

If anything, today's Existing Home Sales data is a bit of a bright spot in an otherwise gloomy housing market.  Sure, the annual pace of sales is as low as it has been in a decade (brief stint during 2020 lockdowns notwithstanding), but the pace of declines has leveled off substantially over the past few months. July, August, and September have all been inside a range of 4.71-4.81m sales. 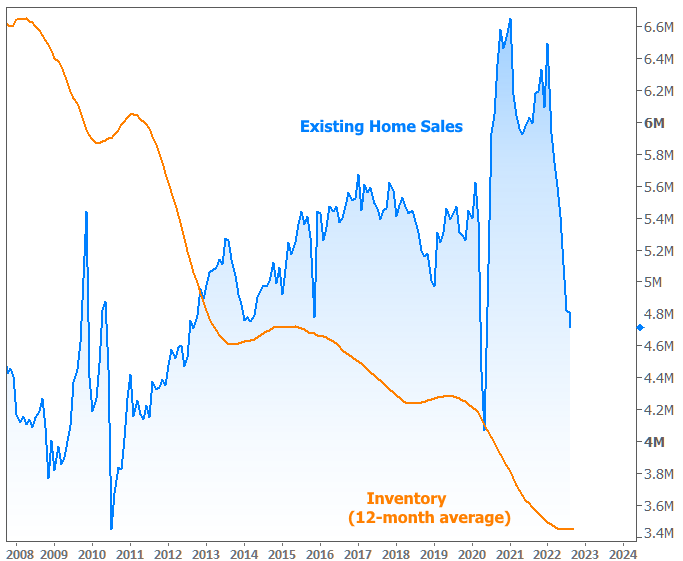 This isn't to say "move along, nothing to see here.  Everything's fine."  Clearly, this is a massive decline from the peak, and this may only be a pause before continuing lower.  But there was no way to avoid a substantial decline, especially in light of the fastest rate spike since the 80s up to levels not seen in at least 20 years.

Moreover, a decline to long-term inventory lows is very different than the last major downturn in sales. "Despite weaker sales, multiple offers are still occurring with more than a quarter of homes selling above list price due to limited inventory," according to Lawrence Yun, chief economist at the NAR. "The current lack of supply underscores the vast contrast with the previous major market downturn from 2008 to 2010, when inventory levels were four times higher than they are today."

Here's the same chart as above with a bit more time included to show the inventory building into the crisis. 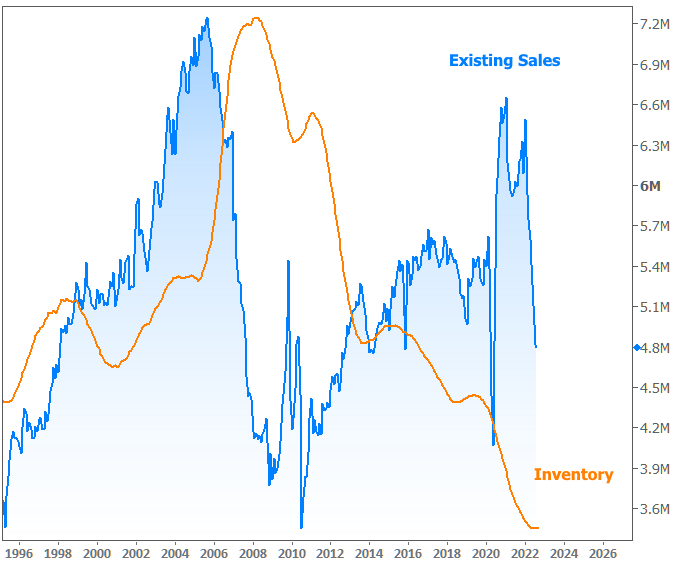 If there's a cause for concern, it would be the precedent from 40 years ago.  Sales have already declined nearly as much, but interest rates have only risen about half as much. 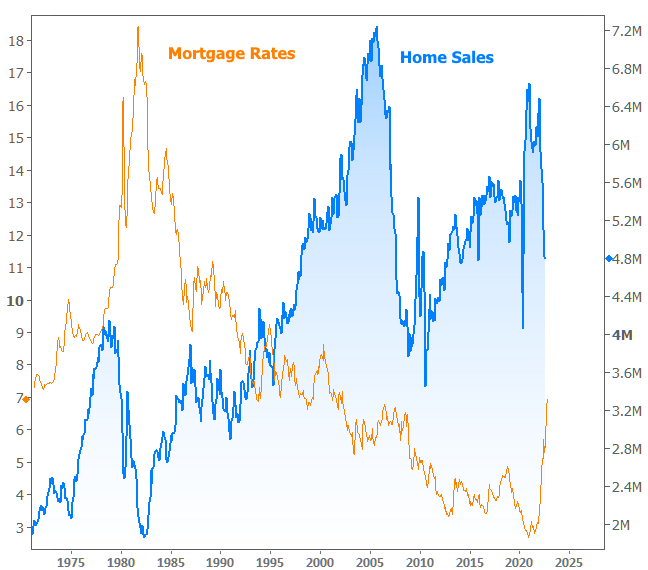 Other anecdotes from today's report (in particular, note the resilience among 1st time buyers):