While annual price increases are still wildly aggressive, monthly gains indicate that the brakes may be on. CoreLogic says nationwide, home prices were up 18.3 percent in June compared to a year earlier, the 125th straight annual gain, however, the monthly change decelerated for the second time. The gain in CoreLogic’s Home Price Index (HPI) from May to June was 0.6 percent compared to the April to May growth of 1.8 percent.

The company projects significant slowing in appreciation over the next year, although this has been their expectation for some time. The CoreLogic HPI Forecast indicates that home prices will increase another 0.6 percent from June 2022 to July 2022 but will only rise 4.3 percent by June 2023.

Selma Hepp, CoreLogic’s Deputy Chief Economist, said “Signs of a broader slowdown in the housing market are evident, as home price growth decelerated for the second consecutive month. This is in line with our previous expectations and given the notable cooling of buyer demand due to higher mortgage rates and the resulting increased cost of homeownership. Nevertheless, buyers still remain interested, which is keeping the market competitive — particularly for attractive homes that are properly priced.” 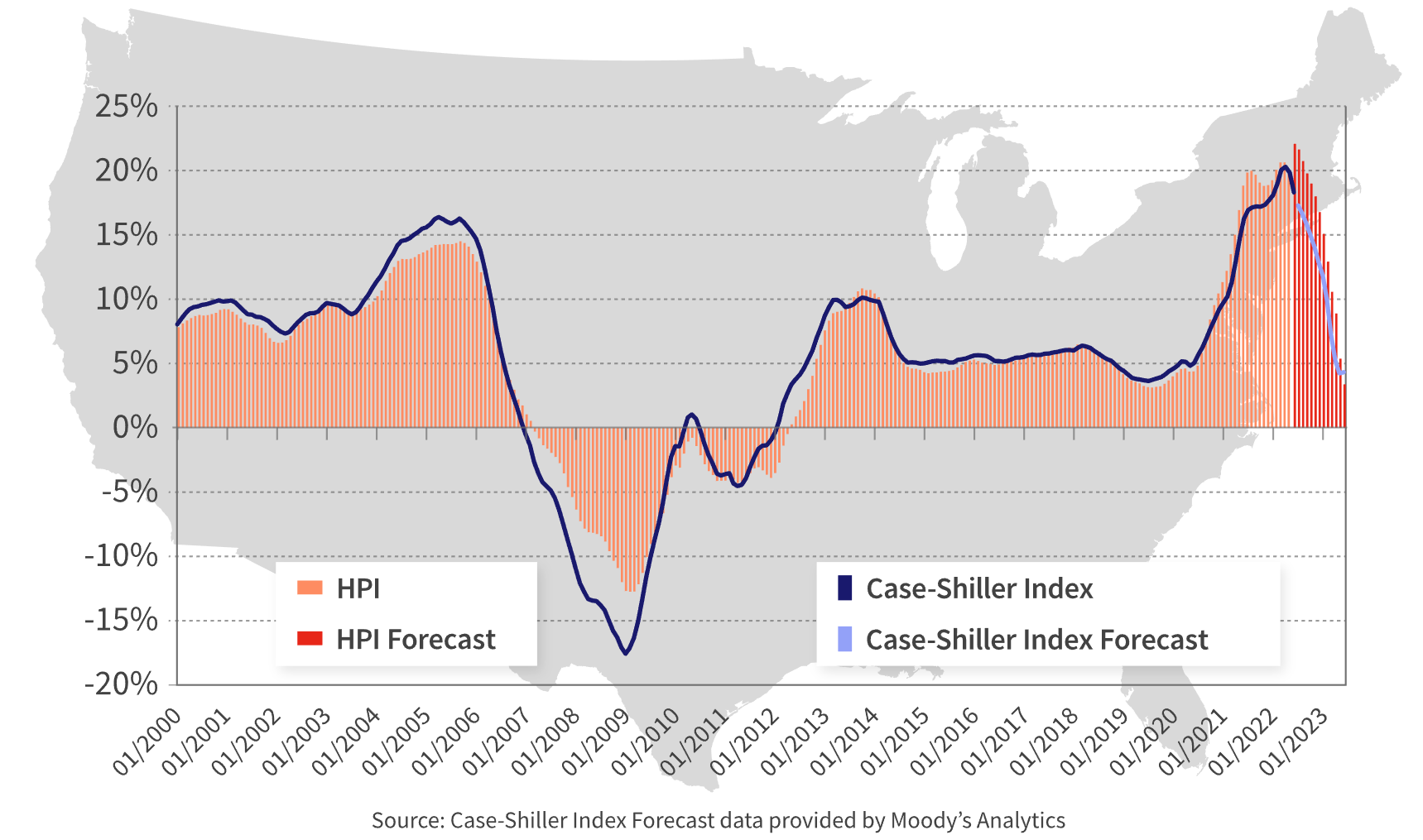 While national price growth is slowing, eight states still posted gains in excess of 20 percent, all but one (South Dakota) located in the Sun Belt. The states with the highest increases year over year were Florida (31.8 percent), Tennessee (25.8 percent) and Arizona (24.9 percent). Phoenix was the top metro area for growth at 26.1 percent year-over-year. 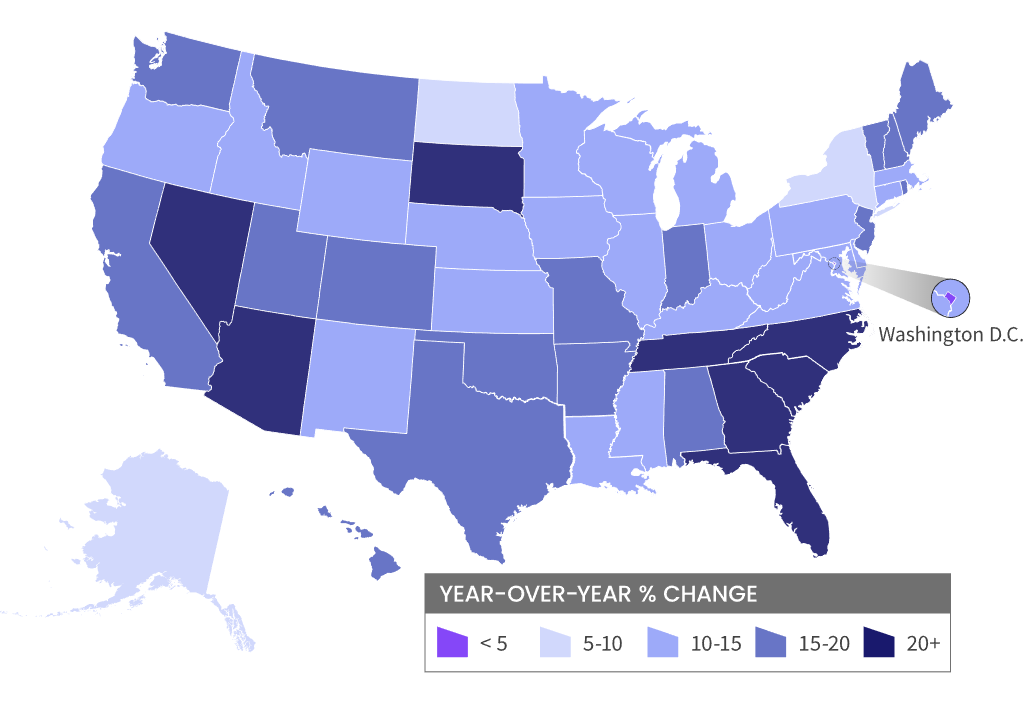 CoreLogic warns that several metropolitan areas are ranking high in the probability of a decline in home prices over the next 12 months. Its Market Risk Indicator (MRI) puts Bremerton-Silverdale, Washington at a very high risk (70 percent-plus probability) of such a decline. Also at an over 70 percent risk are two other Washington metros, Bellingham and Olympia-Tumwater, as are Boise City, Idaho and Crestview-Fort Walton Beach-Destin, Florida.