Rates are Applying the Brakes to Appreciation.

The two-year explosion in home prices appears to be cooling a bit. Black Knight says annual appreciation was down in May for the second straight month. But has the damage already been done?

The company, in its May Mortgage Monitor, notes that annual price growth retreated from 20.4 percent in April to 19.3 percent in May. That was the largest negative correction in a single month since 2006. That still left prices up 1.5 percent from April to May – nearly twice the average historic acceleration for that month – and a gain of 10.8 percent during the first five months of the year. Black Knight says home price growth is typically 3 to 4 percent over an entire year. 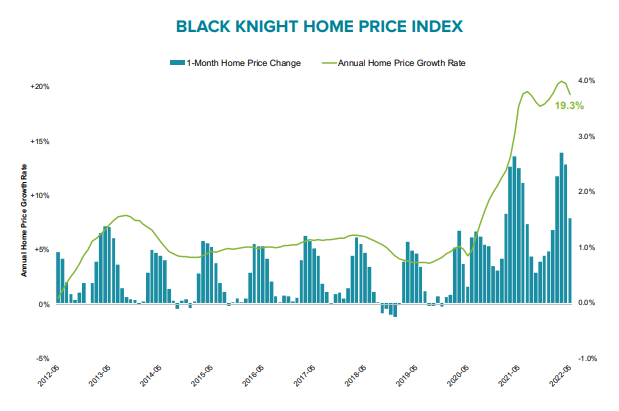 The slowdown is nearly universal. Only three of the 100 largest markets, Miami, Omaha, and Grand Rapids, have not braked a bit over the last six months. Price gains in Austin and Boise have decelerated by 12 percentage points, while Stockton (California), Phoenix, and Seattle have dropped back by 5 to 6 points each. Still, the appreciation in many areas remains mind bending. Three metros, Tampa, Raleigh, Nashville, and Miami are still seeing annual gains in excess of 30 percent and another six, all in the Sun Belt, have rates exceeding 27 percent.

According to Black Knight Data & Analytics President Ben Graboske, “…while any talk of home values and 2006 might set off alarm bells for some, the truth is that price gains would need to see deceleration at this rate for more than 12 months just to get us back to a ‘normal’ 3-5% annual growth rate. That said, the pace of deceleration could very well increase in the coming months, as we’ve already begun to see in select markets such as Austin, Boise and Phoenix.”

With the ongoing pace of price increases and with interest rate near 6 percent, Black Knight says home affordability is the worst since the mid-1980s. Back then, when the Federal Reserve hiked interest rates into the double-digits to knock back inflation, the mortgage payment to income ratio rose to more than 50 percent. It’s not that bad yet, but in May the monthly principal and interest payment on an 80 percent mortgage for an average home rose above $2,100 for the first time ever and will consume 36.2 percent of the median household income. 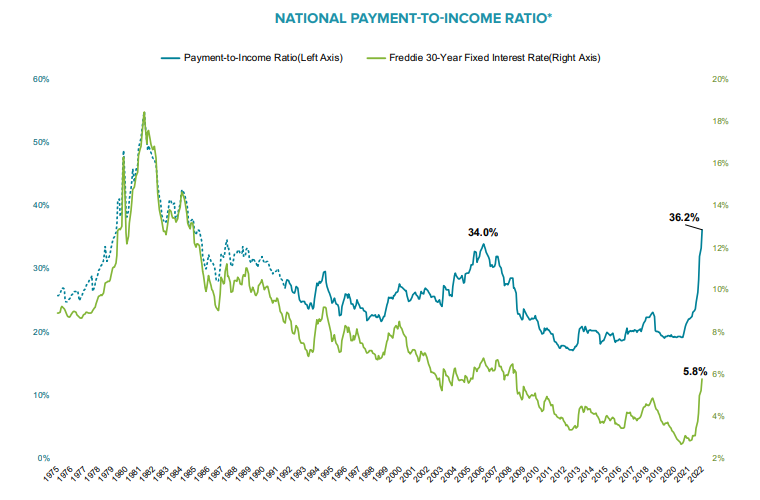 In the 1980s, the affordability pressures were almost entirely rate-driven, today it’s both rates and home prices that are crushing affordability. The average home price is now more than six times the median household income. 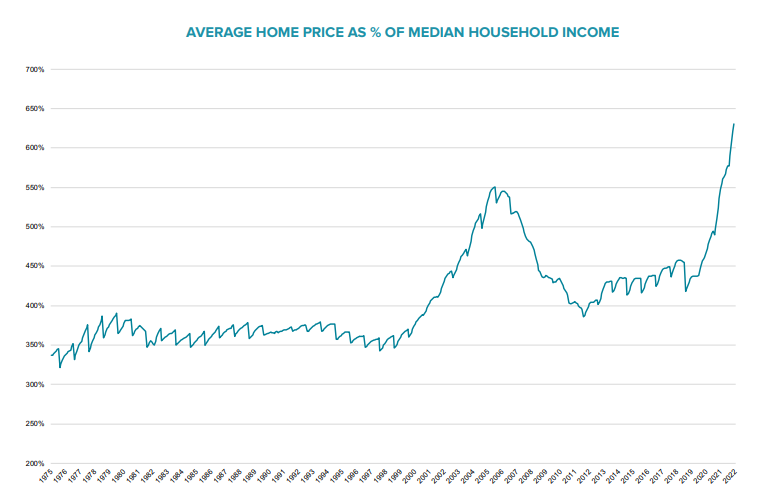 One of the principal drivers of home prices since even before the pandemic has been the lack of homes for sale. There is some hope on that front. May saw the largest jump in housing inventory in the past five years, 107,000 units, as new listings begin to normalize, and existing listings sit longer on the market. Still, the inventory remains at a 60 percent deficit, some 770,000 fewer properties on the market than would be typical. 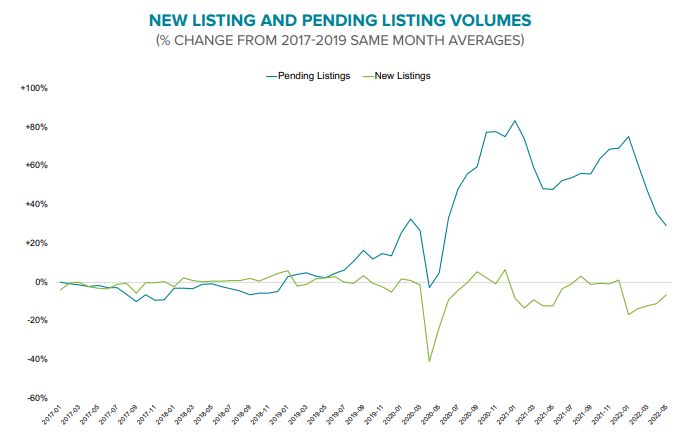 While May’s new listings were up 6 percent from a year earlier, they were still 6 percent below the pre-pandemic average for the month. The inventory growth is in the pending sales category. Those numbers are down 75 percent from January “and dropping fast.” This, the company says, isn’t good for transactional revenue.

The Mortgage Monitor also updated rate lock numbers and, not surprisingly, finds that those for refinancing “have become all but non-existent in recent months.” They are down 90 percent from May of last year and accounted for less than 5 percent of rate locks on the Black Knight platform during the month. Even cash-out refis and purchase locks, less sensitive to rising rates are beginning to pull back. 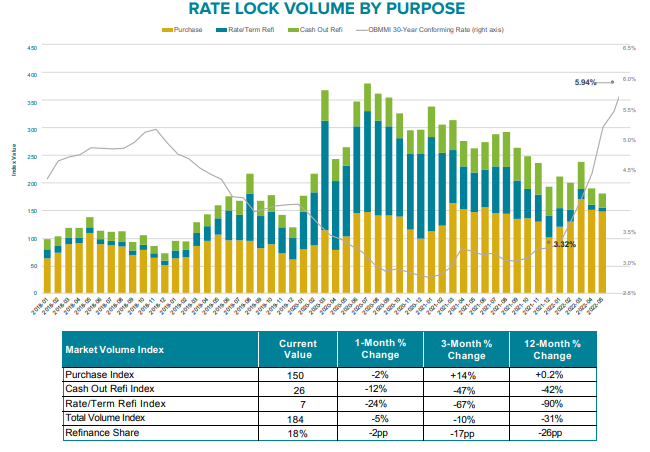 Locks for cash-outs were down 42 percent year-over-year in May. Early June data suggests that month may bring the decline to 50 percent. Purchase locks were flat in May, but when volume was adjusted to reflect the year’s price growth, they actually dropped 8.5 percent. June numbers suggest purchase locks by volume might be at -14 percent, -21 percent if price adjusted.