Interest in Sustainable Homes on Upswing

Interest in sustainable homes, those with green or energy-saving features, appears to be growing. The National Association of Realtors® (NAR) recently surveyed its members to determine the emphasis their clients place on such attributes in their homebuying decision making.

Roughly half of Realtors who responded said they have participated in the sale of a home with green features, a substantial change from the 32 percent who said this in last year’s survey. Sixty-three percent thought promoting the presence of such features in the listing was at least somewhat valuable. 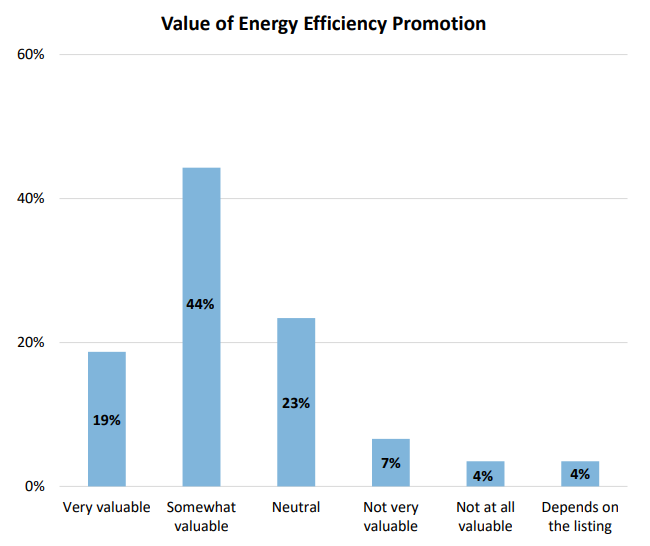 Promoting green features might be problematic, however. Fifty-six percent of respondents were unaware if such fields were present in their local MLS listings. Of the 35 percent who said they were; nearly half said they did not use them.

Over half of agents and brokers, 51 percent, said their clients were somewhat or very interested in sustainability. When broken down into discrete features, energy efficient doors, windows, and siding were identified as being of greatest interest at 36 percent. Thirty-eight percent of respondents named proximity to frequently visited locations, 35 percent said a comfortable living space and the cost of a home’s utilities and other operating costs was fourth at 20 percent. 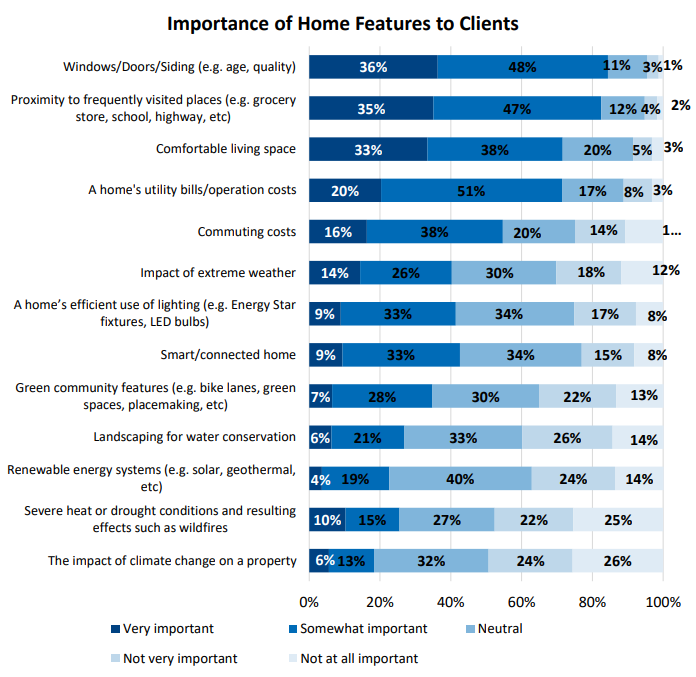 When asked about the impact of some features on sales price and marketing time 77 percent of Realtors said solar panels were available in homes in their market area but only 36 percent perceived they increased the value of the listing while 13 percent said the impact was negative. Most (44 percent) said there was no change in marketing time while 35 percent said the feature’s influence was unclear.

High performance homes, those using a systematic building science approach that increases indoor comfort, health, operational efficiency, and durability, upped the dollar value of a home compared to other similar ones by 1 to 5 percent. Only a small number said the impact on price was greater. 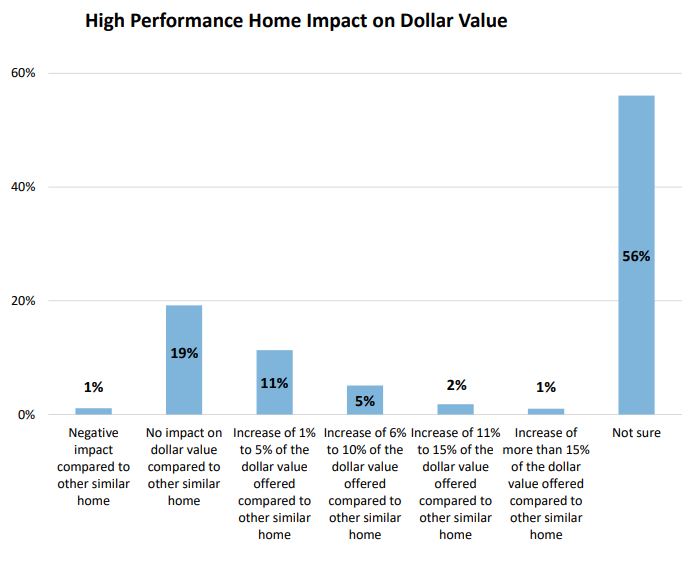 Homes with green certification (i.e., LEED, Energy Star) also appeared to have little market advantage. Forty-four percent of respondents said those homes spent no more or less time on the market than comparable non-certified ones.

Homebuyers also want sustainable neighborhoods. Among features named as most important are access to schools, shopping, and parks and outdoor recreation. 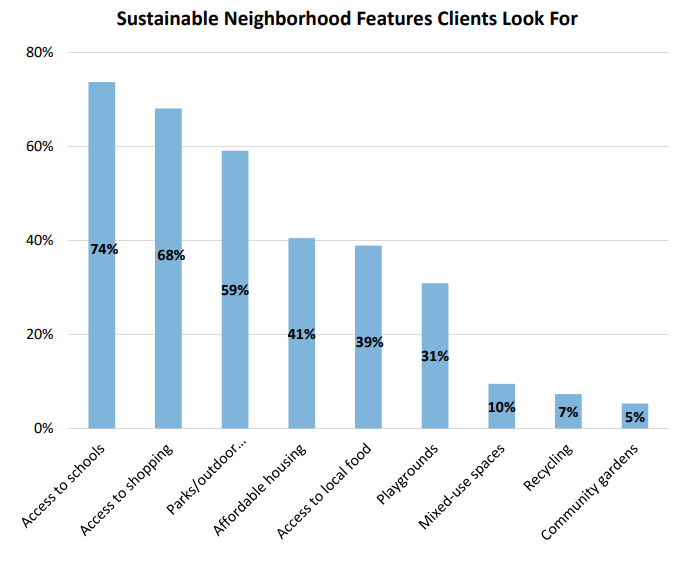 Even as many people continue to work from home, commuting time and distance remain a concern in choosing a home. Access to public transportation was the lowest priority and 53 percent of agents said they never receive requests for homes with this feature. 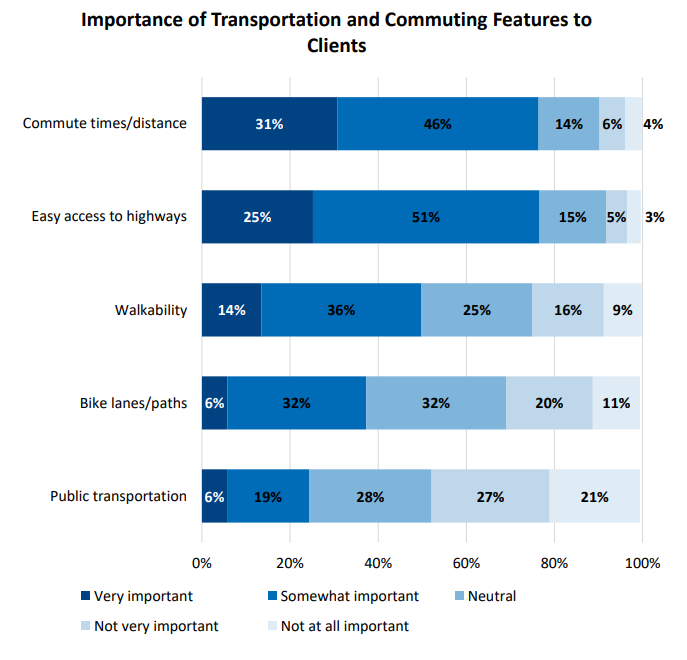 NAR sent survey invitations to a random sample of over 46,000 active Realtors in March 2022. A total of 2,652 useable responses were received for an overall response rate of 5.7%. At the 95% confidence level, the margin of error is plus-or-minus 1.9%.