Mortgage lenders are pragmatic about their business prospects over the next quarter, expecting mortgage rates to continue to increase and refinance activity to decline accordingly. Fannie Mae’s Q1 Mortgage Lender Sentiment Survey (MLSS) found 75 percent of the lenders responding expect lower profit margins over the next three months, a 10-point increase from the Q4 2021 survey. Seventeen percent expect no change in profitability while 9 percent are looking for growth. It was the sixth consecutive quarter that the profit outlook was negative, and the net positive of -66 percent was the lowest in the survey’s eight-year history.

Lenders cited competition, changes in market trends and in consumer demand as the top reasons for predicting a profit decline. They were also more pessimistic about the overall economy. Fifty-nine percent said it was on the wrong track compared to 29 percent a year earlier. 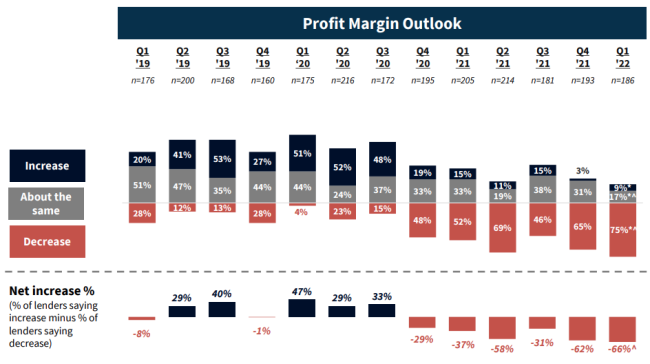 As to demand, lenders were strongly in agreement that refinancing demand would decrease over the next three months and those reporting demand growth over the prior three continued a downward trend across all three loan types (government, GSE eligible, and non-GSE eligible), reaching the lowest share in each case for more than two years. Expectations for growth in government refinancing were the lowest in any quarter in survey history. 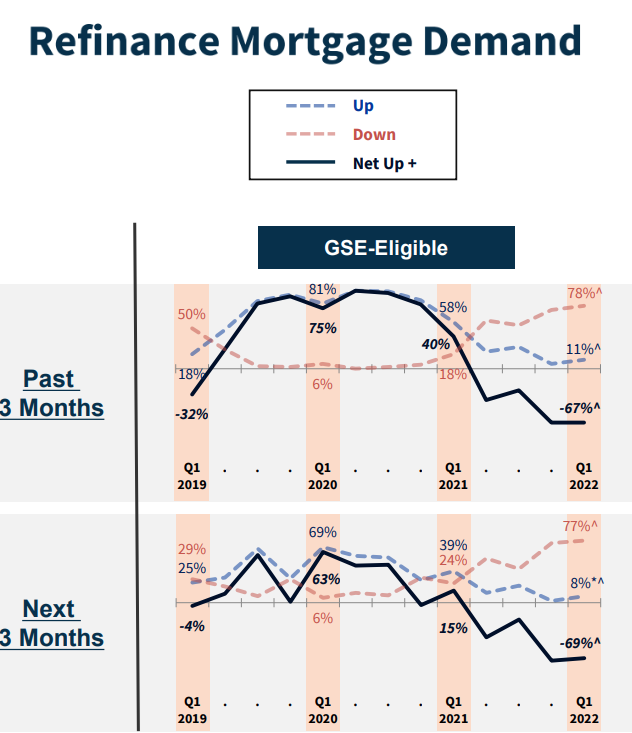 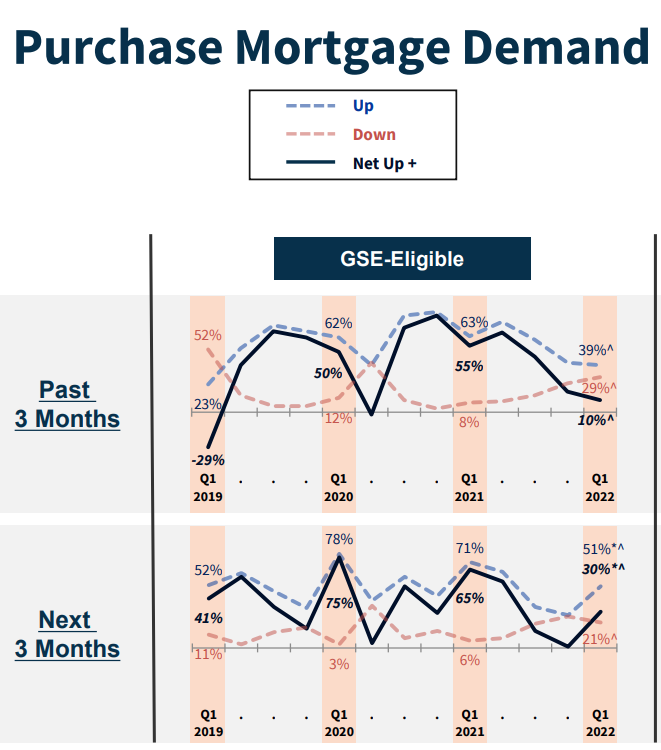 The share of lenders reporting an easing of credit standards over the previous quarter as well as those expecting that to happen in the short term remained largely unchanged, with a net positive in the single digits in almost every instance. 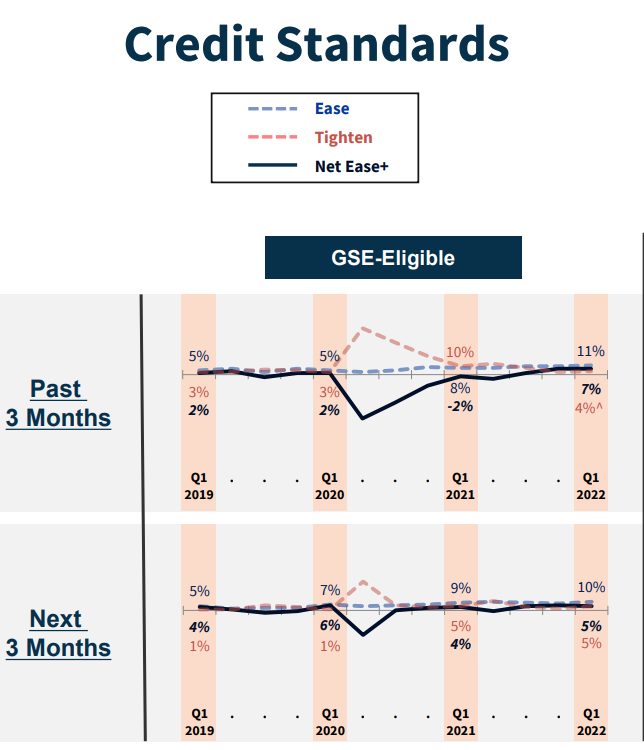 Fannie Mae’s MLSS is conducted quarterly among senior executives of its lending customers. The most recent survey drew 188 responses, including from 83 mortgage banks, 62 depository institutions and 40 credit unions.