While new home sales have been performing well over the last few months, the Mortgage Bankers Association (MBA) expects a stumble in December. Its Builder Application Survey (BAS) data for the month shows mortgage applications for new home purchases decreasing 5.0 percent compared to November and by 7.1 percent from December 2020. This change does not include any adjustment for typical seasonal patterns.

Based on the BAS and other assumptions such as market coverage, MBA estimates new single-family home sales were running at a seasonally adjusted annual rate of 887,000 units in December. This is a decline of 2 percent from November’s 905,000 unit pace. On an unadjusted basis, there were an estimated 60,000 new home sales in December, down 7.7 percent from 65,000 units in November. 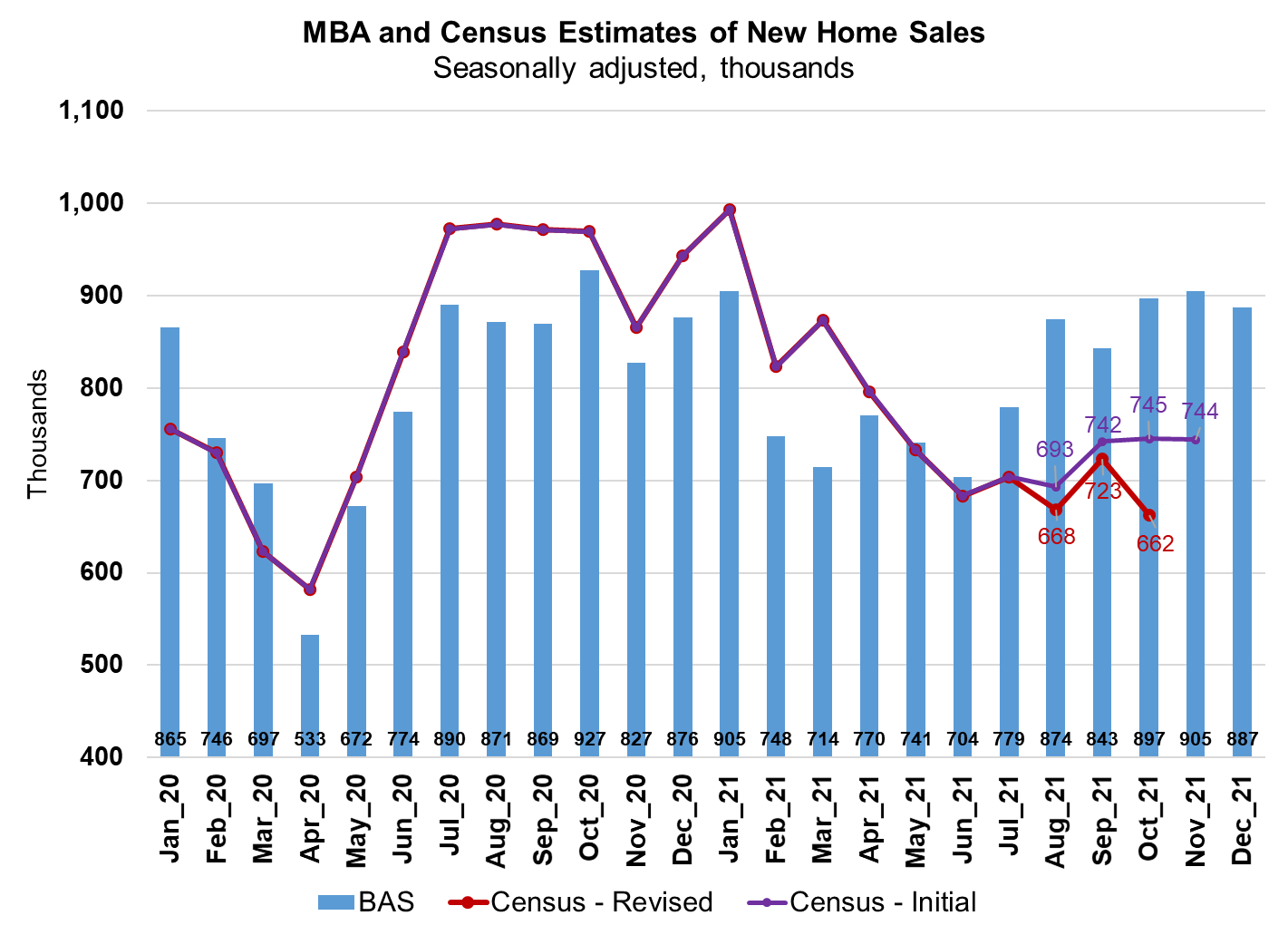 MBA’s Builder Application Survey tracks application volume from mortgage subsidiaries of home builders across the country. Official new home sales estimates are conducted by the Census Bureau on a monthly basis. In that data, new home sales are recorded at contract signing, which is typically coincident with the mortgage application. The Census Bureau report for December will be released on January 23.