MBS Live Day Ahead: Unofficial Early Close Versus Fed Minutes That Could Matter

Here it is!  The trading community's ONE guaranteed chance of the year for a 4.5-day weekend.  Even though Wednesday is never officially designated as an "early close" by SIFMA, that's often what it becomes in terms of volume and liquidity.  The only reason that might not be the case to a normal extent this year is the presence of the FOMC Minutes at 2pm.  This provides a more detailed account of the Fed meeting that took place 3 weeks ago and thus may offer some insight to the Fed's plans for the December meeting.  In short, markets want to know how likely it is that the Fed will extend the average maturity of its bond holdings--something that is net positive for rates.

The economic calendar is jam-packed in a visual sense, but the market-moving power is a different story.  While we've seen a few small reactions to data in recent weeks, it falls very short of reestablishing that old-fashioned theme where financial markets take a consistent and meaningful amount of guidance from what's happening in the economy.  Actually, let me rephrase that.  Markets care about the economy, but they doubt the ability of old-fashioned economic data to convey what's most important in the post-covid economy.  Traders also have wide-ranging expectations about what the winter and the new year will hold, and those expectations have more to do with epidemiology, politics, fiscal/monetary support, and municipal covid management strategies than last month's econ data.

Turning to charts, there are a few solid themes in play.  The most obvious and most relevant theme is that of the "risk-on/risk-off" reconnection between stocks and bonds.  Granted, this is only playing out on a small scale (i.e. if we zoom the chart out, the correlation looks very different), but it's something to watch if you're bored. 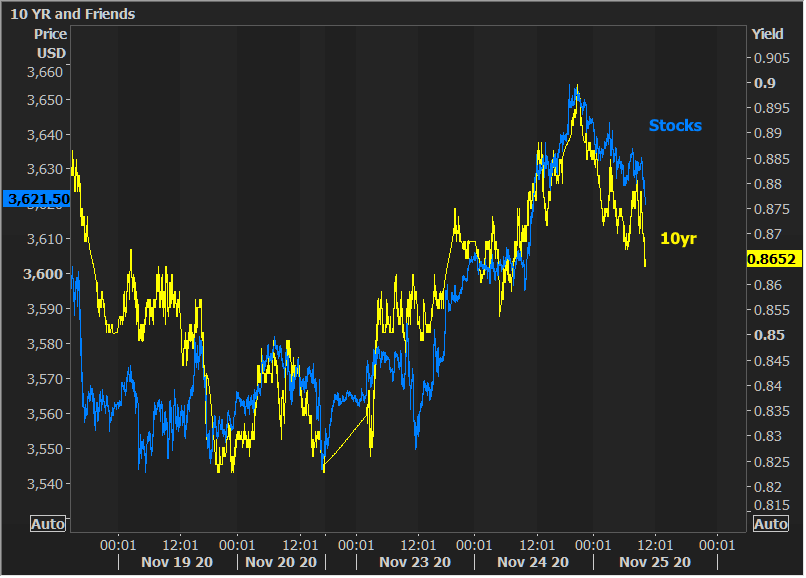 And for those curious what I meant about longer time frames making things look different, here you go: 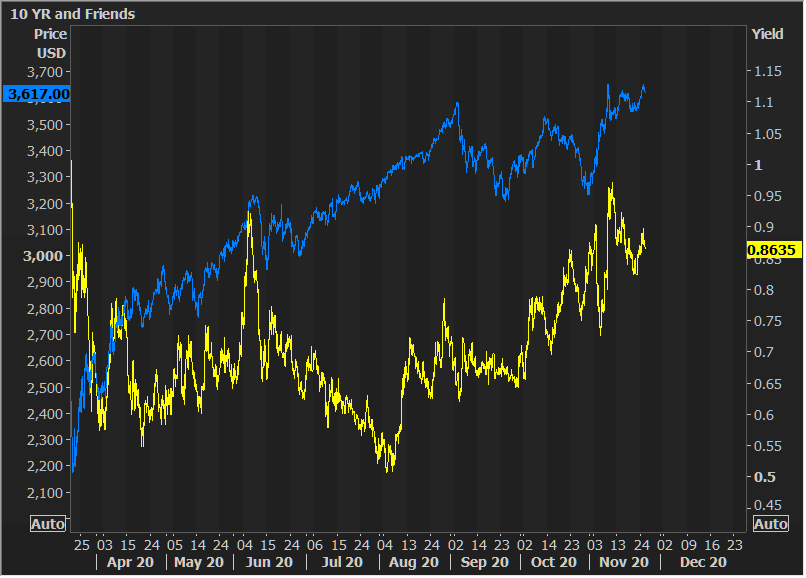 In terms of bond yields specifically, the shortest term move looks to be position-closing and/or new buying after a trend of profit-taking/short selling to start the week ("this week's drift" below).  That weaker trend was in response to a stronger trend that persisted for the previous 2 weeks--itself a response to hitting technical ceilings in the mid 0.9's (in terms of 10yr yields).  This is much ado about nothing in the bigger picture as all of the above remains well-contained by an even bigger, longer-term trend toward higher rates. 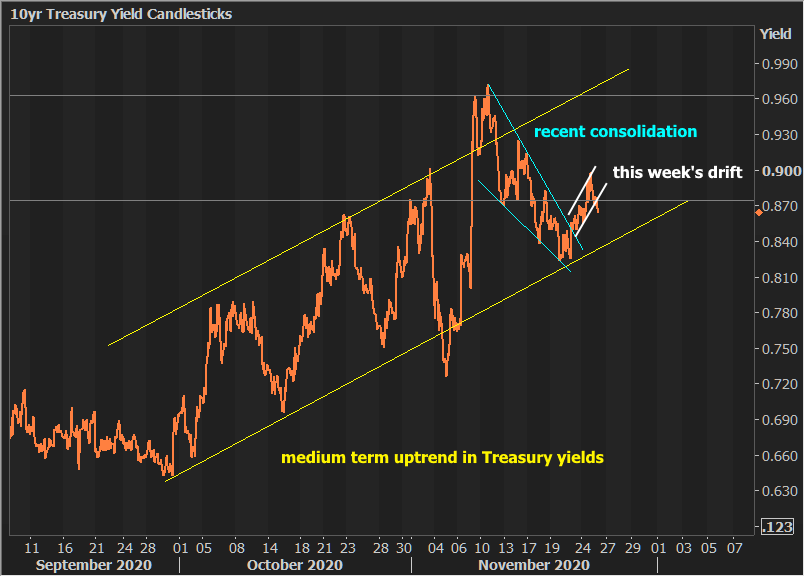