MBS Live Day Ahead: It Could Always be "Over"

In the day just passed, bonds endured whipsaw volatility of the highest and most frustrating order.  Overnight gains were swift and largely defied any rational explanation other than the generic "tradeflows" platitude.  The notion of short-covering or a short-squeeze due to an imbalance of traders betting on a bounce after Tuesday's rally is also plausible, as is the contribution from a strong move to record low yields in the EU overnight.  Perhaps it was a combination deal.  We'll never know.  Either way, it didn't last.  After European markets closed, bonds brutally erase all of the overnight gains (a fact that adds some credence to the European explanation).

In the day ahead, bond traders will look around the metaphorical room at other bond traders and ask each other "is it over?"  In other words, is the rally over?  Any rally at any time could ALWAYS be over.  There have been times over the past 9 months where the answer was far less likely to be "yes," but there was still no way to know with certainty.

The range of probabilities surrounding any such answer is far FAR smaller than most market watchers understand.  I suppose I can only truly speak for myself, but I would remind anyone that if a strong probability of a big move could actually exist, traders would position for it ahead of time, thus taking the range of probabilities back to something like 50% ± ~5%.  I don't know about you, but I wouldn't take much risk based on a 55% chance.

The best bet is not only to understand that it could always be over, but also that the longer it goes on, the bigger the risk becomes of a more sustained bounce.  These bounces don't need to be especially painful (especially if we get one like 2011, which ultimately gave way to an epilogue of a rally), but it is something we increasingly need to prepare for.  Fortunately, as long as it's not too vicious, a bit of a bounce would be a welcome development for most originators and mortgage lenders right now. 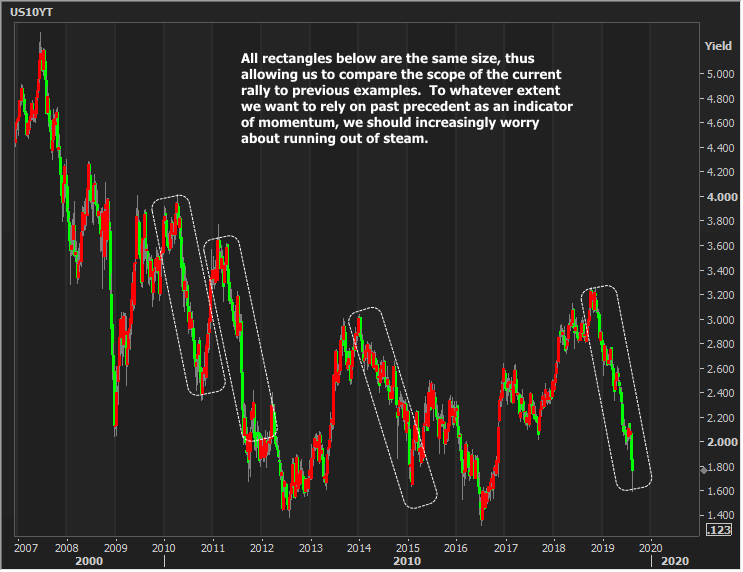 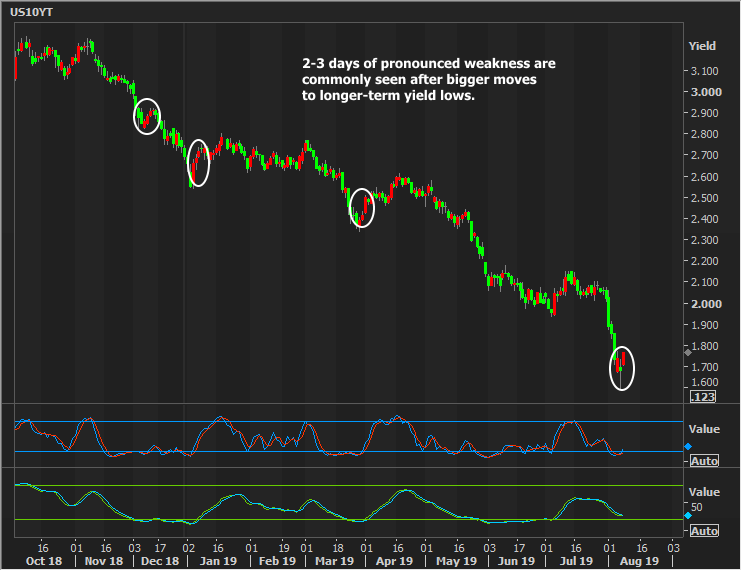