MBS Live Day Ahead: Why Do Bonds Care About The Chinese Consulate in Houston?

Remember the trade war? That was the thing that singlehandedly caused massive movement in the bond market in 2019.  Trade tensions have been mounting once again, and while we're not at all likely to see the issue reprise its role as the dominant market mover of 2020, it has been causing a bit of drama in smaller doses.

Take the overnight market movement for example.  The only instance of decisive trading, both in terms of movement and volume, followed news of the closing of the Chinese consulate in Houston.  Wait... the what now?  This is a thing that matters to the bond market?  The Chinese consulate?  In Houston?   Houston, Texas? 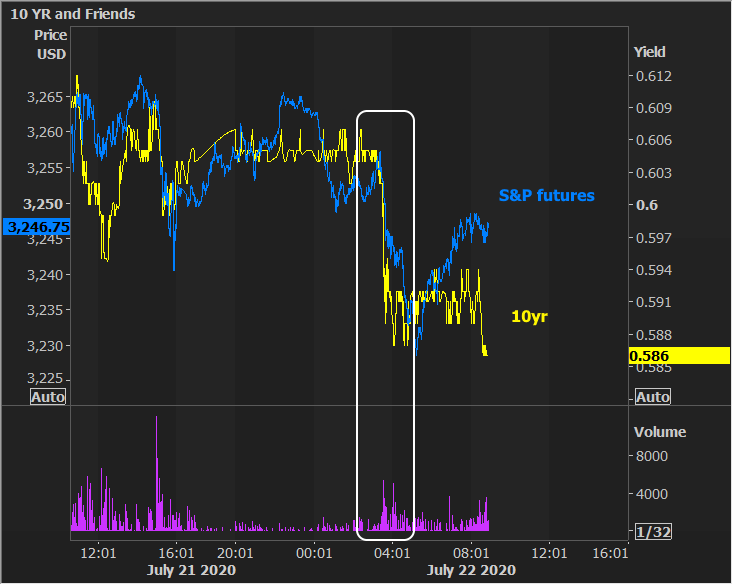 The most obvious caveat is that this wasn't a big market movement in the bigger picture. 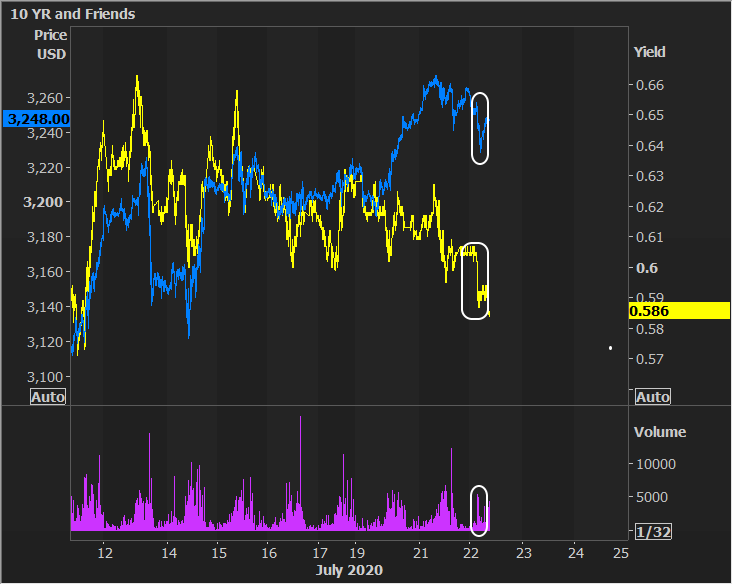 As for why this matters at all, simply put, anything that increases trade tensions between the world's 2 biggest economies is generally good for assets that act as safe havens against economic uncertainty (i.e. BONDS!).

Is this going to take the reins as a leading market mover in the age of coronavirus?  Not a chance, but the overnight movement suggests cameo appearances in a supporting actor role.

Today's only major scheduled econ data is the 10am release of Existing Home Sales (EHS), expected to catapult up to 4.78m (annual pace) from 3.81m last month.  This would be the first major bounce for EHS since the covid-driven slump began, even though other metrics have already seen their big bounce, and here's how it would look on a chart: 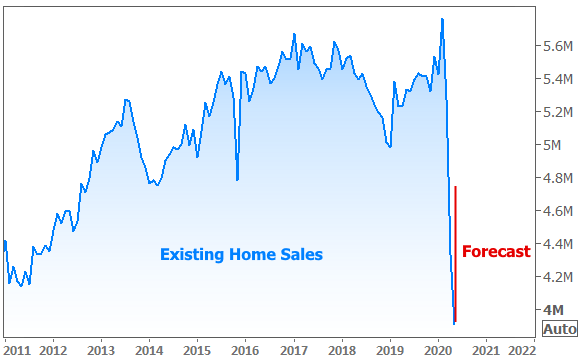