MBS Live Day Ahead: Is It Friday Yet?

Some people may pine for Fridays due to the end of a work week, or perhaps as the start of an extended weekend (as is the case with the impending example due to Independence Day).  But we here in the bond market are anxious for this particular Friday as it brings another installment of the jobs report--which has been one of the few events that actually contributes to shaping new ranges as opposed to perpetuating them.  So far this morning, the existing range (which bottoms out at 1.44% in 10yr yields) remains a tough nut to crack.

As always, there are no guarantees.  The consolidation pattern could give way before Friday, or it might remain intact even after Friday, much like the previous consolidation stalled on the Monday following the last jobs report before ultimately giving way to a bond-friendly breakout.  Either way, the current consolidation is growing narrower at a more rapid pace, so a breakout is a safe bet--if not on Friday itself, shortly thereafter. 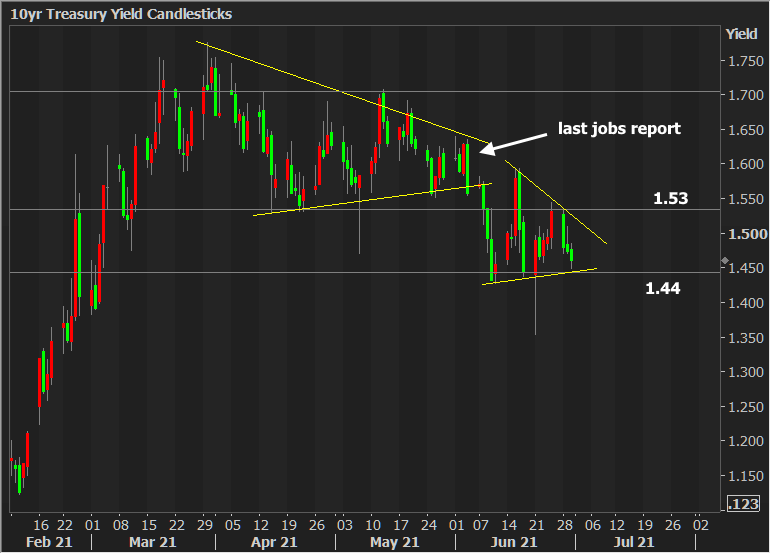