MBS Live Day Ahead: Bond Market in Midst of "Repricing," But Not The Kind You're Used To

Our typical definition of "repricing" has to do with mortgage lender reprices, but the term has always existed beyond our little corner of the market.  There are times when the general price environment is stable for certain assets and there are times when something comes along that forces a rethink of that price environment.  In this case, it's a rethink of the Treasury yield curve following Wednesday's updated dot plot.  In a nutshell, longer-dated Treasuries are doing very well and shorter-dated Treasuries are tanking.  MBS are going to underperform the 10yr benchmark in this environment (though they're outperforming 5yr Treasuries).  Comments from Fed's Bullard aren't helping.

For those who see the word "benchmark" and wonder what it means, just think of it like a yard-stick against which other assets are measured.  In the bond market, Treasuries are the most basic and most widely-used benchmarks for USD denominated debt as they are the (virtually) risk-free debt of the US government.

We have some latitude in choose which benchmark we use, and we should try to pick one that has a similar duration to MBS.  Since MBS are moving targets (i.e. they may last longer or shorter depending on what rates are doing), no single benchmark applies perfectly all the time.  Given the repricing that's going on in the yield curve, charting MBS versus several benchmarks gives several very different impressions.  The first chart is the spread between MBS yields and the good old 10yr yield. 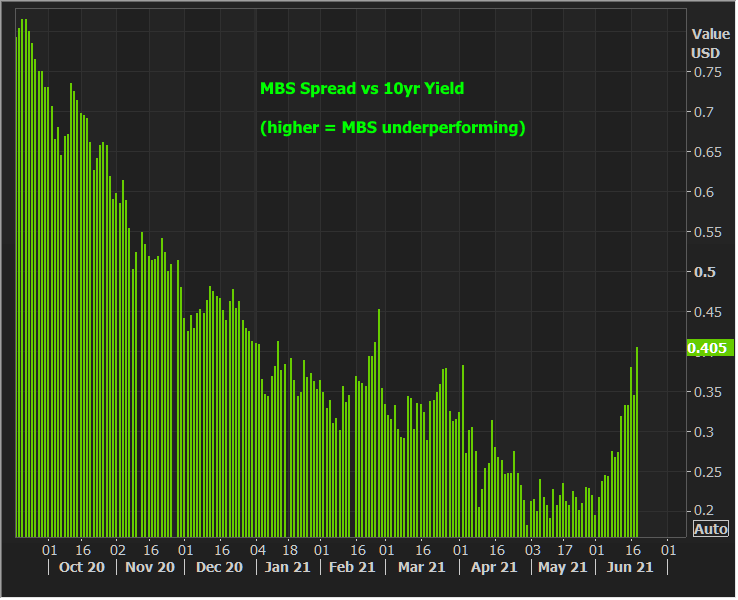 In the chart above, MBS are weakening quickly vs Treasuries.  But what if we use the 5yr as a benchmark instead? 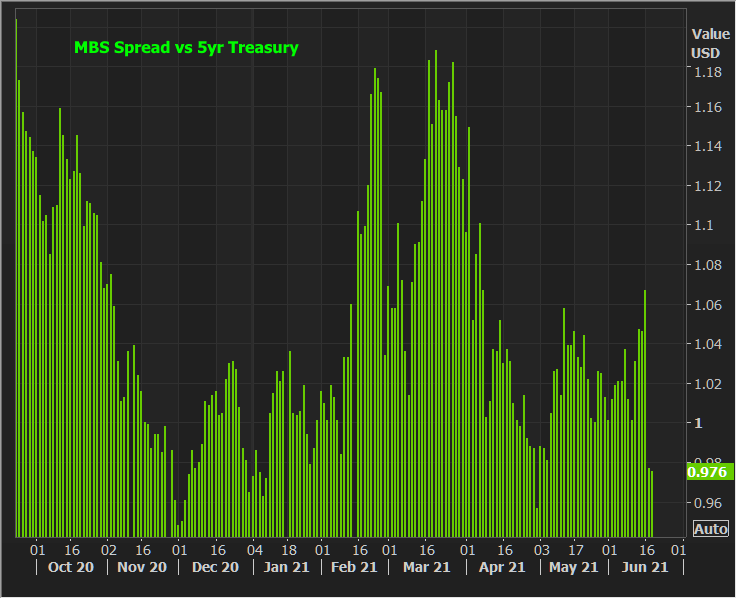 In the chart above (vs 5yr), MBS are back in line with some of their best relative levels.  Finally, we can opt for a warm bowl of porridge benchmark and use the 5/10yr blended yield. 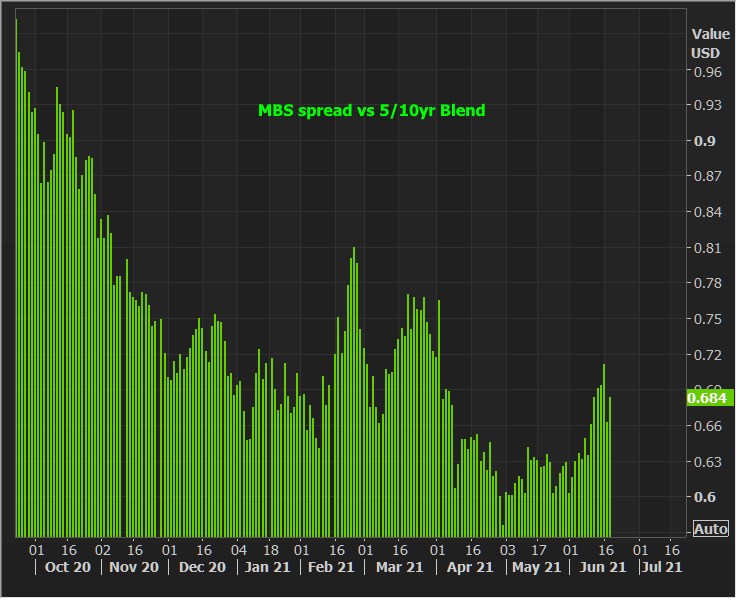 This accurately captures the recent widening/underperformance trend in MBS without making it seem quite so dramatic as the first chart (vs 10yr yields only).  What does this mean in terms of strategy or the outlook?  Not much at this point.  I wouldn't make the argument that MBS are building a reserve of buying demand just because spreads are higher than they were in April and May.  Spreads were too narrow in those months, and significantly too narrow when we have Bullard and other Fed speakers talking about giving MBS unequal treatment come taper time.

The bigger news, or rather, the more relevant development for bonds in general would be the morphing of the broader trend from a sideways intermission into a linear trend toward slightly lower yields.  This gives us some boundaries to work with in terms of playing the range (i.e. looking for opportunities to be defensive when yields are bouncing at the lower yellow line and optimistic when yields bounce at the upper line). 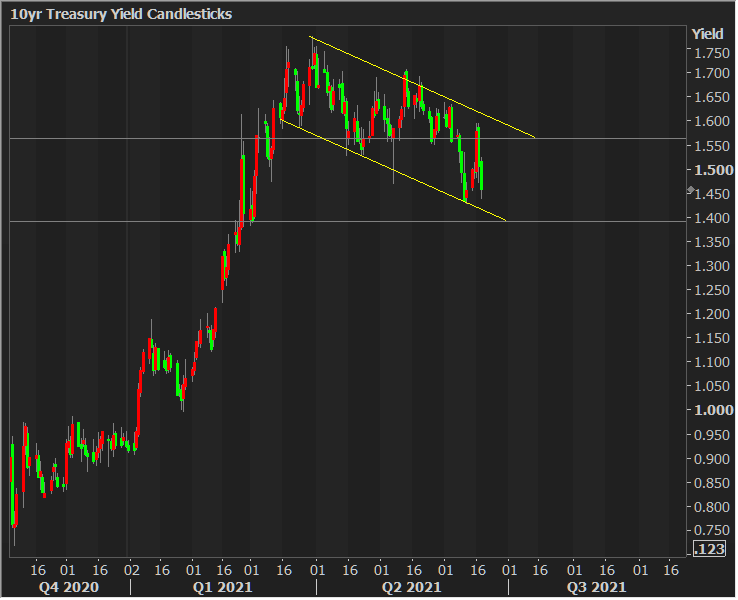